Noted for impressive tradecraft rather than its sense of humor,  the CIA must have been in boisterous mood when it pushed the story of a Beluga whale operating as a Russian spy via CNN and its ubiquitous captured state media outlets.

The spy whale was perhaps a playful diversion to the CIA’s Operation Beluga plot to defame Russia, revealed by French intelligence expert Paul Barril in 2017.  Barril is a former intelligence service Captain, author, and private intelligence specialist in France.

Barril says that the CIA operation began in 1986 and continued even when the USSR was dissolved.  Barril was in a position to know, being a government intel chief at the time.  Barril reported CIA entanglements regarding Boris Berezovsky (found hanged in England in 2013) Alexander Litvinenko (poisoned 2006), Bill Browder, and Sergei Magnitsky, implicating all in the plot.

Browder’s own entanglements extend back to the influence of his grandfather, his association with Israeli super-spy Robert Maxwell, and the infamous Salomon Brothers. Browder renounced his US citizenship to avoid paying income tax.

Browder skived to greener pastures via the Russian Federation’s economic revolution, which accelerated by 1999.  Browder already had knowledge of the business environment due to his grandfather’s leadership of the US Communist Party, so exploiting links to the former USSR made sense.

Magnitsky and Browder were prosecuted together for tax evasion then, and Browder’s visa was revoked in 2005, two years subsequent, for evading $40 million in taxes.** But the hedge fund billionaire’s alleged role as CIA asset is the matter with which we are concerned, and the Navalny Affair.

Browder’s CIA code is said to be “Solomon” (revealed by Dmitry Kiselyov and a Russian dissident news aggregator operating in Riga) with obvious deep symbolic meaning to a deep state.  Since the hedge fund manager was 86’d from the US that conveniently provided cover later on for ‘plausible deniability’ and allowed Browder to hype the lies that the Central Intelligence Agency is most known for.

Of course CIA assets are nothing without resources and Browder possessed plenty.  Browder attempted to ensnare film director Andrei Nekrasov in a false narrative relating to Magnitsky’s tragic death, until Nekrasov questioned Browder’s evidence.   Nevertheless Browder’s public grandstanding incited public outrage, and the Magnitsky Act was signed into law by Obama in 2012. Ironically, the money “swindled” in the Magnitsky case is alleged to have been laundered through Ukrainian banks and siphoned to western interests.

Despite Browder’s success in leveraging public opinion versus Russia, Trump’s candidacy and positive perception of Russia posed a threat to the Neoliberal establishment and its hegemonic.  So, Brennan put his forces to work.  Now Operation Beluga – an old CIA black op – became a new media torrent pushed by the captured media and National Public Broadcasting alike to this very day.

Turning to Browder as alleged CIA asset and successful anti-Russia agent was an obvious choice for Brennan, but an internal dissident connection was needed. Navalny seemed perfect with alleged connections to Browder’s funding operations (Hermitage Capital) and Magnitsky propaganda videos.  In 2016, Sergei Sokolov head of security for Boris Berezovsky revealed Navalny’s connection to Hermitage Capital and the CIA, also disputed by the west.  Even Putin addressed Navalny’s US intel-related strangeness in 2018.

Neither the low positive perception of Navalny in Russia or his hounding by Russian authorities can be denied.  But there is a much greater context being Navalny’s association with Bill Browder and the CIA as disputed by western media outlets. The main objection to the authenticity of the alleged Browder/ CIA documents is their poor grammar. But note that CIA memos seldom read well.  A case in point? Just read any entry in Lee Harvey Oswald’s 201 file.   And read any book by Vladimir Posner to see how good a Russian’s command of English can be.

A further question: why was Navalny shipped only to Germany after he became ill?  France had expressed an interest in treating Navalny but that avenue was rejected.  Instead ‘private interests’ related to Jaka Bizilj and his “Cinema for Peace” foundation arranged for the medical evacuation. And the Cinema for Peace Foundation has interesting sponsors, including Oprah Winfrey and the Clintons. Why would such a group of benefactors to a man supposedly poisoned wish to remain anonymous?

Germany’s most pressing energy issue right now is the completion of Nord Stream 2 that Mike Pompeo – a former CIA director – has vowed to block at any cost. The sum total point. Regardless, whether accepted as info or disinfo depending, who benefits most by setting-up Russia in the Navalny case? But perhaps a better question may be: Who loses most on the pending completion of Nord Stream 2?

The biggest loser is the United States. Many billions, indeed trillions lost in US dollar LNG sales over time, when Nord Stream 2 delivers. The US liquid natural gas industry and Ukraine lose.  When Nord Stream 2 completes, US LNG ambitions in Europe will crumble leaving another of the most corrupt US ‘allies’ – Ukraine – in figurative and literal cold too. In such case, it’s easy to see how any human life could be expendable to satisfy the state’s interest.

And how would the Russian state gain by Navalny’s poisoning?  As with the Skripal and Litvinenko affairs — not at all.  The conclusion that the CIA or its operative poisoned Navalny can only ever be circumstantial. However on occasion where the truth is sacrificed all around, circumstance and its opportunity may be all that remains.

*Browder outright lied about Magnitsky being “his smart lawyer”.

**Browder convicted in absentia in 2013 for tax evasion, the same year Boris Berezovsky was found hanged in his home.

Characters from the Dark Side

Browder was always a wannabe Armand Hammer (from arm and hammer, variant of the hammer and sickle), another soviet-friendly communist progeny turned neocon for profit, pretty much like all of that ilk. He was just born too late. If the USSR had remained, he’d have pulled it off.

Tony Montana
Reply to  Characters from the Dark Side

That cockaroach Sheldon Adelson probably would have cut some sweet deals with Stalin too.

Why Germany? One of the issues here is researching Jaka Bizilj and potential connection to the CIA. No smoking gun proof so left that out. Nevertheless Jaka Bizilj touts the ‘private money’ that paid for the airlift. Think about it. Here’s a guy supposedly poisoned by the Russian government, and the private benefactors who ‘save’ the victim wish to maintain anonymity? Really? A saying by law: If it looks like deception… walks like deception.. and talks like deception… then its the United States Central Intelligence Agency.

The CIA has so many cutouts it could start a collage museum and have enough left over for a quilt works.

The US cannot revoke citizenship to a natural born US citizen, which Browder is. If the article starts with such a blunder, how can the rest be credible? The document you link to states clearly: “Quarterly Publication of Individuals, Who Have Chosen To Expatriate, as Required by Section 6039G” Re the 26 U.S. Code § 877.Expatriation to avoid tax: The US is one of only two countries that imposes income tax based on citizenship rather than residence. Some countries have tax treaties with the US. If a US citizen lives in a country without such a treaty that citizen will pay… Read more »

renounced revoked whatever… point stands, he’s not a citizen to avoid tax.

..and it wasn’t deliberately to “provide cover” years later. of course. it happened to be convenient.

I’d be wondering more about Jaka Bizilj, who he is in all of this, and the anonymous “private interests” that paid for Navalny’s removal to Berlin.

well I’m always looking for someone to cross-check my stuff. So let me know. But the article was supposed to highlight Operation Beluga and Navalny… not Bill Browder’s tax evasion/family history.

Anyone have anything about Shadrin/Artamonov and Kitty Hawk…?
regards

My understanding from reading about Operation Beluga is that it was a joint U.S./British intelligence operation, so I have speculated that the close working alliance against Putin was expanded with a little twist and turned into a domestic operation against a duly elected president for reasons supported by Global Billionaires, some of whom have investments in hedge funds, on and off shore, mixed in with all the money laundering, gun running, political payoffs, etc that has its roots in the Cold War mentality involving Cuba and the JFK Assassination (George Webb and John O’Laughlin research). I repeat that Bill Browder… Read more »

“Kitty Hawk” is interesting in that Lee Harvey Oswald has been alleged to have received special training near Kitty Hawk on the coast of NC!

Great article connecting the dots related to the enemies of Putin and western intelligence, with the added and fantastic revelation of Oprah Winfrey and the Clintons being sponsors of the Cinema for Peace Foundation reported in the article as related to the “private interests’ that arranged for the medical evacuation so necessary and central to the current episode of the Navalny “poisoning by Putin” drama. Bill Browder is the weak link that should continue to be explored in the larger drama of the alignment of forces against the Populist Movement, in particular against a duly elected President. Apparently, Bill Browder… Read more »

If anyone has anything on the Ralph Sigler case please contact me via this site? thx 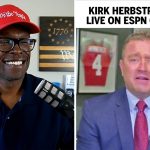