Twitter has weaponized its platform with CIA-NATO militarist propaganda in the form of thousands of NAFO twitter accounts. NAFO accounts are easily recognized by the typical NAFO “fella” avatar which shows a shiba Inu dog toting a rifle in cartoon format, with thousands of variations. By the content of these accounts, it can be shown that they are multiples used by the same owner or owners; and a number of NAFO bots feature zero – or very few – followers.

NAFO “shit posts” on other accounts, thus degrading and weaponizing twitter, and shutting down legitimate debate. That’s an agenda highly favorable to Langley, Kiev, and NATO with regard to the Ukraine conflict, as reliably documented that thousands of twitter accounts work in liaison with NATO and the western intelligence services:

How do we know these NAFO accounts are sponsored by NATO? Well because many of the accounts either claim they are or brag that they are. If that’s a factual lie, then twitter is doing nothing about it. While the west decries Russia’s “unprovoked invasion” of Ukraine, the US and NATO bray for war and destruction via these NATO-NAFO twitter accounts, some either state-condoned and sponsored, or apparently sponsored by today’s equivalent of Dick Helms’s ex-CIA “plumbers”. Indeed, CIA black bag ops of the 70’s compare poorly to this NATO-NAFO cyberwar campaign.

I’ve been using the secateur app here: Link: https://secateur.app/block/ to block thousands of these NATO-NAFO twitter accounts. Secateur can block a primary account along with all the account’s followers, with a single screen name input. Cyber war? Yes.

The argument is, of course.. don’t use twitter. But the agenda here is to spread the word that by blocking thousands of NATO-CIA NAFO twitter accounts in an automated way by using the Secateur app, twitter becomes useless as a CIA-NATO propaganda tool.

In conjunction with the ublock origin app, using secateur also limits the advertising revenue twitter will receive. And, if enough people block by the thousands, twitter will become useless – or at least an irrelevance – which is the ultimate goal. Err, no, the ultimate goal is that the entire Langley -NATO propaganda machine becomes an absolute irrelevance. The Secateur app is free to use but does require access to your twitter account; the link is here: https://secateur.app/block/

Again, there is no charge to use this app and I don’t benefit financially by rec’ing it… I just found the app extremely useful, and this is definitely not a scam app. If used by enough people, perhaps twitter can be effectively shutdown, even if just virtually. 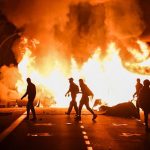 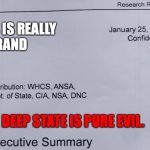