Authored by Martin Sieff via The Strategic Culture Foundation:

Through the 1990s, during the terms of US President Bill Clinton, NATO relentlessly and inexorably expanded through Central Europe. Today, the expansion of that alliance eastward – encircling Russia with fiercely Russo-phobic regimes in one tiny country after another and in Ukraine, which is not tiny at all – continues.

This NATO expansion – which the legendary George Kennan presciently warned against in vain – continues to drive the world the closer towards the threat of thermonuclear war. Far from bringing the United States and the Western NATO allies increased security, it strips them of the certainty of the peace and security they would enjoy if they instead sought a sincere, constructive and above all stable relationship with Russia.

It is argued that the addition of the old Warsaw Pact member states of Central Europe to NATO has dramatically strengthened NATO and gravely weakened Russia. This has been a universally-accepted assumption in the United States and throughout the West for the past quarter century. Yet it simply is not true.

In reality, the United States and its Western European allies are now discovering the hard way the same lesson that drained and exhausted the Soviet Union from the creation of the Warsaw Pact in 1955 to its dissolution 36 years later. The tier of Central European nations has always lacked the coherence, the industrial base and the combined economic infrastructure to generate significant industrial, financial or most of all strategic and military power.

In fact the current frustrating experience of NATO, and the long, exhausting tribulations that faced Soviet diplomats and generals for so many decades was entirely consistent with the previous historical record going back at least until 1718.

From 1718 until 1867 – a period of a century and a half – most of Central Europe, including even regions of Poland at the end of the 18th century, were consolidated within the Austro –Hungarian Empire, However even then, the Habsburg multi-national empire was always militarily weak and punched beneath its weight. After Emperor Franz Josef recklessly proclaimed his famous Compromise of 1867, the effectiveness of the imperial army was reduced to almost zero. The autonomous and feckless conduct of the Hungarian aristocracy ensured a level of confusion, division, incompetence and ineptitude that was revealed in the army’s total collapse against both Russia and Serbia in the great battles of 1914 at the start of World War I.

Germany moved in to occupy and consolidate the region in both world wars. But far from making Germany a global giant and enabling it to maintain its domination of Europe, the Central European regions – whether as part of Austro-Hungary during World War I or as independent nation-states allied to the Nazis in World War II – proved miniscule and worthless against the alliances of Russia, the United States, Britain and France that the Germans fought against in both global conflicts.

After the Soviet Union militarily destroyed the genocidal military power of Nazi Germany in World War II, Russia’s Great Patriotic War, the political consolidation of East Germany and Poland were strategically necessary for Russia’s security. But occupying and organizing the rest of the region was not. Far from strengthening the Soviet Union, those nations weakened and distracted it. Today, NATO is repeating the Soviet Mistake and that fatal move is inexorably draining the alliance of all its strength and credibility.

NATO is also repeating the disastrous mistake that France made in 1920-21 when it created a “Little Entente” of Czechoslovakia, Yugoslavia and Romania to supposedly counterbalance the revival of Germany. The plan failed completely.

Today those very same nations – enthusiastically joined by Hungary, Poland and the three little Baltic states – are relentlessly distorting both NATO and the EU. They generate weakness and chaos in the alliances they are in – not unity and strength.

As I have noted before in these columns, the great British historian Lord Correlli Barnett drew the important distinction between militarily powerful nations that are generators and exporters of security and those, either tiny or disorganized, pacifist and weak nations that have to import their security from more powerful states.

One might call such small countries “feeder” or “parasite” states. They siphon off energy and strength from their protector partners. They weaken their alliance partners rather than strengthening them.

The consistent lessons of more than 300 years of Central European history are therefore clear: Leading and organizing the tier of Central European nations in the Warsaw Pact did not strengthen the Soviet Union: Instead, those activities relentlessly weakened it.

Incorporating most of the small nations in Central Europe into any empire or alliance has never been a cause or generator of military or national strength, regardless of the ideology or religious faith involved. At best, it is a barometer of national strength.

When nations such as France, Germany, the Soviet Union or the United States are seen as rising powers in the world, the small countries of Central Europe always hasten to ally themselves accordingly. They therefore adopt and discard Ottoman Islamic imperialism. Austrian Christian imperialism, democracy, Nazism, Communism and again democracy as easily as putting on or off different costumes at a fancy dress ball in Vienna or Budapest.

As Russia rises once again in global standing and national power, supported by its genuinely powerful allies China, India and Pakistan in the Shanghai Cooperation Organization, the nations of Central Europe can be anticipated to reorient their own loyalties accordingly once again.

The US neocons and their EU sycophants didn’t include a reverse gear in their geopolitical engine. We’re all just viewing the movie trailer for the 2020s.

It would have turned out differently if the US had not profited excessively from the war by limiting its involvement severely, while the Soviet Union suffered such utter destruction, devastation and loss of people. It allowed the US to put on a big show for the little dumb pissants in Europe and appeal to their greed, laziness and lack of desire to rebuild, as the vast majority of the destruction was in Eastern Europe because that’s where the war was actually fought against the Red Army, while western Europe bowed down and surrendered. Impossible to compete with that and it’s… Read more »

One word of advice for our incompetent european leaders : Put that madman ironmonger Stoltemberg in a mental asylum and disband NATO asap .
If you don’t do these two things you will have your people killed while Amerikkka on the other side of the Atlantic will laugh its effing head off.
You understand that Europe is just cannon fodder to them ?
If you do not, then, you are even more incompetent than I imagine !

Essentially the US as all previous empires, including the British empire, is bankrupt and has been for many years. Without the World Reserve Currency status of the US Dollar the US would have had to withdraw from being the worlds Hegemon as the UK did after WW1 and WW2. The US has sucked wealth from her allies and vassals and a prime example of this is the ‘demand’ that Saudi Arabia buys trillions of dollars of US military equipment. Even looting her vassals is not enough to save the US from bankruptcy. What the US desires are the vast resources… Read more » 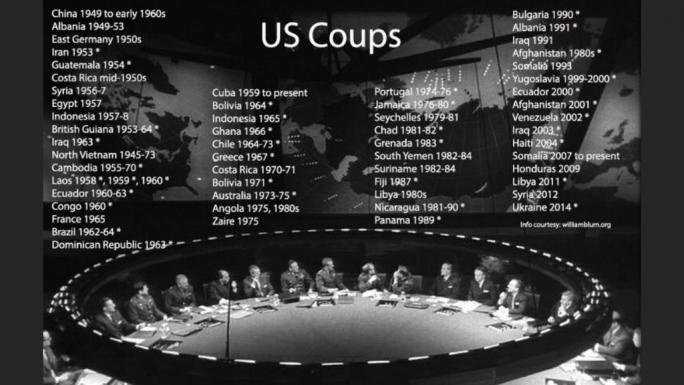 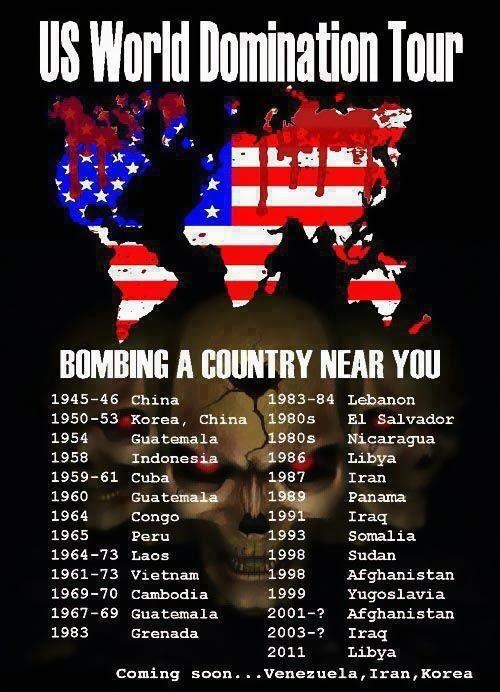