Due to the crisis in Ukraine, the perception of the NATO Enhanced Forward Presence mission in the Baltic States has changed. The shortcomings are felt especially acutely, the morale of the military of the group is poor, and they feel their unpreparedness for a real war.

“When the signal came over the radio that the NATO border was under attack, German tanks fanned out into the forest to stall the enemy’s advance. In short succession, men in camouflage tumbled out of the back of the tanks and took cover between the trees, assault rifles at the ready,” writes the New York Times newspaper.

The battle that ensued one recent afternoon near the town of Rukla in Lithuania, 60 miles from the Russian border, was only an exercise. But with the outbreak of the conflict in Ukraine, the mission of the NATO combat group in Lithuania to protect the alliance’s external border no longer seems abstract.

“The threat perception in Germany changed overnight,” said Lt. Col. Daniel Andrä, the commander of the battle group in Lithuania. “We felt safe, in the middle of the continent, surrounded by friends. Now we have a full spectrum war in Europe and we are concerned, especially since we don’t know how far the escalation spiral will turn.”

The German soldiers in Rukla were deployed in 2014. Along with soldiers from seven other NATO nations, they have kept watch over their section of the alliance’s border for the past five years.

For decades, Germany hung back on security matters, content to lead economically as it clung to a pacifist leaning that was forged in the wake of World War II and the Holocaust. German politicians were reluctant to talk about the military; German citizens were reluctant to hear about it. Before his pivot, Mr. Scholz himself came under fierce criticism for his seeming reluctance to get tough on Russia over Ukraine.

But if the war in Ukraine was a wake-up call, it has also exposed how weak a link the Germans still are in the NATO structure. On the morning of the start Russian special military operation in Ukraine, Gen. Alfons Mais, Germany’s chief of defence, posted a brutally honest assessment of where German capabilities were.

“In my 41st year of service in peace, I would not have thought I would have had to experience another war,” General Mais posted on his personal LinkedIn account. “And the Bundeswehr, the army that I am allowed to lead, is more or less broke. The options we can offer policymakers to support the alliance are extremely limited.”

There is a shortage of everything from protective vests to thermal underwear. Radio equipment is 30 years out of date. Only one in three warships are ready to deploy — so few that the navy worries it cannot meet all its international commitments.

Even in Rukla, the flagship German NATO mission which has relatively few complaints when it comes to resources, the general scarcity has been felt. Alliance light and under-equipped Baltic assets are little match for Russia’s motorized heavy divisions. The tactical disparity is so great, posit the authors, that NATO infantry wouldn’t even be able to retreat successfully from the Russian onslaught and would instead find themselves “destroyed in place.” Even when accounting for the effective use of Alliance air power that could inflict noticeable losses on advancing Russian forces, NATO simply lacks the conventional means to resist a full-scale Russian invasion of the Baltic States.

Perhaps because the soldiers feel their insecurity, as we wrote earlier, their behavior on the territory of Baltics leaves much to be desired. The soldiers do not understand why they were sent to foreign territory. Feeling unready and insecure, probably, they will not defend the territory of the Baltic States. 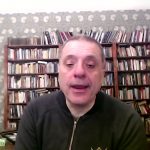 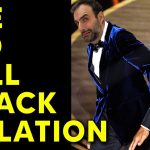