In a previously unreported email reviewed by The National Pulse, Rosemont Seneca Partners employee Joan K. Peugh advises Hunter Biden – who is addressed by his given name, Robert – that he is scheduled for a White House meeting on April 16th, 2014.

Prior to today, it was known that Devon Archer had attended the meeting in the West Wing, and corporate media outlets excused the matter as an “art project” discussion. Today, that version of events ends.

Just days after this meeting, then Vice President Joe Biden visited Ukraine, and both Hunter and Archer would start receiving whopping checks from energy company Burisma, an industry in which they had zero experience.

Hunter Biden recently admitted the previously dismissed “hard drive from hell” actually “could” be his.

Lyons, at the time, was an assistant to Joe Biden’s chief of staff Steve Richetti, which indicates attention by the Vice President himself into the visit of the two soon-to-be Burisma board members.

Significantly, this April 16th meeting occurred only five days before Joe Biden took his second vice presidential trip to Ukraine to deliver a substantial package of assistance to Ukraine, including energy security, some of which directly benefitted the company – Burisma – which would simultaneously start fattening his son’s wallet.

Obama White House Visitor Logs dated April 16th 2014 and reviewed by The National Pulse confirm Hunter Biden’s business partner Devon Archer and his son Luke Archer were, indeed, admitted to the West Wing at 1130AM to meet the Vice President.

As a family member of the Vice President, Hunter Biden would have been able to access the White House without having a visitor’s appointment, so his name would not appear in the visitor logs. To this date, it is unclear if he was a part of the meeting.

This newly published email is the first traceable evidence that Hunter Biden was also present at his business partner’s West Wing meeting with his father, and it potentially refutes Joe Biden’s assertion that he knew nothing of Hunter’s business in Ukraine. If anything, this looks more like a planning meeting for the three.

Department of Treasury records indicate both Hunter Biden and Devon Archer started receiving wire transfer payments from Burisma starting just a few weeks later, in May 2014. These totaled over $4 million.

President Trump’s first impeachment hinged on his belief that Joe Biden initiated the firing of a Ukrainian prosecutor who was investigating corruption at Burisma, which Biden had bragged about on several occasions.

Archer has since been convicted of securities fraud, which he perpetrated against the Oglala Sioux tribe at the same time of his West Wing meeting with Biden.

The e-mail is also the first documented meeting to date, within the White House itself, between Joe Biden and the Burisma Boys, Hunter and Devon. Malfeasance would be the charge if Vice President Biden was, indeed, using his office to promote their business opportunities.

This 2014 West Wing meeting was also identified as suspicious in September 2020 in by Senate Homeland Security Governmental Affairs Committee in their report on Hunter Biden’s shady dealings in Ukraine, Russia, and China. At the time of their report, they did not know of this email. The report read:

On April 16, 2014, Vice President Biden met with his son’s business partner, Devon Archer, at the White House. Five days later, Vice President Biden visited Ukraine, and he soon after was described in the press as the “public face of the administration’s handling of Ukraine.” The day after his visit, on April 22, Archer joined the board of Burisma. Six days later, on April 28, British officials seized $23 million from the London bank accounts of Burisma’s owner, Mykola Zlochevsky. Fourteen days later, on May 12, Hunter Biden joined the board of Burisma, and over the course of the next several years, Hunter Biden and Devon Archer were paid millions of dollars from a corrupt Ukrainian oligarch for their participation on the board.

The corporate media, however, has refused to acknowledge that this meeting could indicate a corrupt Joe Biden using his office to enrich his family in the final years of the Obama-Biden administration.

The most egregious example is perhaps Adam Entous, a reporter with the New Yorker, who had extensive contact with Hunter Biden and Devon Archer for a previous article.

In a September 23, 2020 tweet, no longer available, Entous insisted the April 16, 2014, meeting between Vice President Biden and Devon and Luke Archer was for a school art project. From the looks of it, they supplied him with a brief video that advanced their narrative. Entous, of course, mindlessly amplified it.

With this newfound evidence of Hunter’s presence for what he published was an “art project” discussion, maybe Entous can admit he was manipulated by the Bidens into covering for them.

Mike McCormick is a former White House stenographer and the author of Fifteen Years A Deplorable: A White House Memoir, as well as Joe Biden Unauthorized. Mike lives with his wife and children in the Washington D.C., metro area.

You can slap a coat of paint or two or three on rotting woodwork but it all comes out in the end.

Hunter seems to be a big Beatles fan.

“The Ukraine girls really knock me out” (Paul McCartney).

They sure did. I’m sure they had a lot of fun in the Kremlin watching the videos.

Bugged Out
Reply to  Franz Beckenbauer

I think Hunter’s affinity with beatles comes mostly from his grinding them up and smoking them when he’s run out of the good stuff.

Bugsy Seagal
Reply to  Bugged Out

“Hunter recalls crawling around the floors “picking through rugs” in order to smoke “anything” that bore a remote resemblance to crack cocaine.”

Best place to look for those beatles.

It's all in the vig
Reply to  Bugsy Seagal

Phishing on the Potomac
Reply to  It's all in the vig

I lived in the U.S for over 20 years, and the political Tyrants are from the same cloth, which Eisenhower and Kennedy warned us about, the take over of Humanity by controlling the money. that why the Federal Reserve Bank and all other Central Banks around the world, are the Banking Cabal. 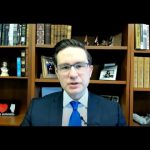 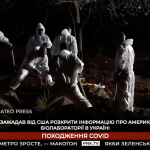