MOSCOW, November 8. /TASS/. Russian President Vladimir Putin has discussed with Director of the US Central Intelligence Agency (CIA) William Burns Russian-US relations, the diplomatic crisis, regional conflicts and cybersecurity in a phone conversation, Kremlin Spokesman Dmitry Peskov told journalists on Monday. “Such a phone conversation did take place,” he said in response to a corresponding question.

A few days ago, the US Sixth Fleet’s flagship Mount Whitney and destroyer Poter sailed across the Bosphorus into the Black Sea. Izvestia talked to experts about what this means for Russia and what the dangers might be. Mount Whitney’s chief weapons are communications and coordination, rather than cannons, machine guns or its helicopter.

Home News More in detail The crew of the frigate Admiral Essen of the Black Sea Fleet (BSF) conducted an exercise to cover the base point of ships from an air strike of a mock enemy.

Home News More in detail The servicemen of the airborne assault units of the marine corps of the Caspian Flotilla (CF) eliminated the illegal armed formation (IAF) of a mock enemy on the seashore.

It seems obvious that Biden and Harris are unable to hold such important talks with world leaders, especially at such a high level; Biden for his senility and Harris for her ineptness. The behind-the-scenes leaders of the United States are sending their true representative, Director Burns, to negotiate with the Russians in this time of hightened tensions and possibilities of a conflict, with such matters as the instability of the Ukraine, the encroachment of NATO, the loss of US prestige in the Middle East, the crisis involving energy, etc

I think, well conjectured; the point about Burns being sent to talk un-surveilled, I thought/hoped the same and the rest of the scenario as outlined seems plausible though may not, as you qualify, be exactly as expanded. If this scenario is correct I am actually a little heartened that Biden has the sense to try to make a connection in this way; we were apparently saved from nuclear war by Kennedy (OK and Kruschev) who had the sense to insist on by-passing by patching in directly to ships commanders during the Cuban Missile incident. The sinking of any ship, e.g.… Read more »

Nuke war is coming. Putin and Xi said NO to the bankster NWO BBB TheGreatReset (=looting countries for free and run slavery) cabal so that is over and the banksters take us to war with China and Russia. The banksters dont want to start this war coz it would be nicer if Putin or Xi started it. Just as with Japan in WW2 the banksters cabal like to press their adversaries to the limit so banksters can say unprovoked. 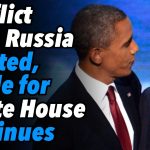 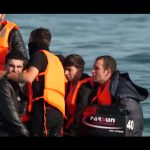