If you don’t recognise that phrase, it was coined by the American novelist Ray Bradbury, whose most famous work Fahrenheit 451 takes its title from the temperature at which paper catches fire.

Nowadays of course, book burning is done metaphorically more than literally, hence the title of this Zoom meeting which was chaired by journalist Inaya Folarin Iman, a black woman with the right attitude. The main speaker was the American novelist Lionel Shriver, who in case you haven’t heard of her, is a her rather than a dude.

Over seventy people attended what was a fairly wide ranging discussion, although it was limited to fiction, primarily books, so the censorship or even outright banning of works of non-fiction containing accurate factual information wasn’t an issue. The censorship of medical information on-line would take up many Zoom meetings.

Where to begin? Did you know the novel To Kill A Mockingbird has been purged by a school in Edinburgh, partly because it uses the dreaded N word, and partly because it perpetuates a “white saviour narrative”. So only evil whites (men) are permitted?

Shriver said there should be no rules, and stressed she doesn’t use social media, which she blames for the lion’s share if not all of the current insanity. It isn’t the Twitter crowd that is the problem, she said, it’s the response to it – people in positions of power acting like they’re not in positions of power. Yes and no, the imbeciles who now pass for police officers in these islands are more than happy to exercise their power  – over women making factual statements on Twitter. Face it, if you were a police officer, wouldn’t you rather arrest a woman like Posie Parker than chase real criminals who might have guns and shoot back?

Some valid points were made about the issue of “decolonising the curriculum”; one contributor said there is more to being black than being a victim. Ever heard of sensitivity readers? This has been going on in the US for at least the past five years – they are freelance copy editors who are hired especially to “cancel proof” new books. Yes, seriously.

Whether or not you agree with the proposition that censorship once came from the right (and only from the right), it was agreed that what is happening now is coming principally from the left. And a handful of corporations, bigger and more powerful than many governments.

The meeting was ended with a question and answer session. The best answer that can be given to Shriver is yes, go ahead and meet Tucker Carlson. Both Jimmy Dore and Tulsi Gabbard have, and JK Rowling shouldn’t be the only contemporary novelist who is too big for these lunatics to censor.

Make money online from home extra cash more than $18k to $21k. Start getting paid every month Thousands Dollars online. I have received $26K in this month by just working online from home in my part time. Every person easily do this job by just……___ http://bit.ly/amazo564 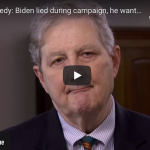 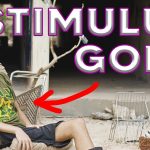