So, what is “technocracy”? As explained by Wood, technocracy is a movement that got started in the 1930s during the height of the Great Depression, when scientists and engineers got together to solve the nation’s economic problems. It looked like capitalism and free enterprise was going to die, so they decided to invent a new economic system from scratch.

“They actually proposed to use an energy script instead of money, and let energy be the determining factor on what was produced, bought and sold, and consumed, and so on. But being engineers and scientists, in 1938 when this definition came out, which I’m going to read, they had capsulized what they viewed as the scientific method and the scientific approach.

‘Technocracy is the science of social engineering. The scientific operation of the entire social mechanism, to produce and distribute goods and services to the entire population.’

First off, you’ll see that it’s the science of social engineering. That ought to be enough to make the hair stand up on the back of your head, because who wants to be scientifically engineered by somebody that you don’t know, somebody that doesn’t know you, but rather has this idea that they can reform you, remake you?

But most importantly, you see the economic aspect that they had in mind, the scientific operation of the entire social mechanism — that’s all the people in society — to produce and distribute goods and services to the entire population.

This was an economic system from the get go, not a political system. And what’s really important to see in that — the big takeaway here — is that technocracy viewed politics and politicians as an unnecessary, irrelevant, and even just a stumbling block to getting on down the road with society.

They proposed to get rid of all the politicians. Just dismiss them. Dismiss the Senate, the Congress, all the elected officials. They basically wanted to set up an organization chart, like a corporation would have today, where you have the president and you have vice-presidents doing different things. Then you have directors over certain departments and so on.

And they would just disappear the political system per se, leaving no citizen representation of government. Of course, that means the Constitution [is] immaterial, too, because that defines the political structure.

In fact, they openly called on FDR to declare himself dictator, so that he could just implement technocracy. He didn’t take them up on it. We can thank God for that. We only got the New Deal instead. By comparison, it’s much better … So, this was the genesis of technocracy and technocrats.”

Scientists Stand Above All Other Individuals

As explained by Wood, the technocrats “had this crazy idea that they were better than everybody else.” This philosophy and mindset can be traced back to Henri de Saint-Simon, a French philosopher from around 1800. Saint-Simon is considered the father of scientism, social sciences, transhumanism and technocracy.

He said in one of his essays, “A scientist … is a man who foresees. It is because science provides the means to predict, that it is useful, and the scientists are superior to all other men.” This was the mindset of technocrats in the 1930s, and it’s the same today. In essence, science is used to manipulate society and keep the economic engine running.

While technocracy began in the U.S., the first country to ever implement it was Nazi Germany under Hitler. However, it’s important to realize that technocracy is not Republican or Democrat. It’s not Marxist or Capitalist. It’s not a Nazi philosophy. It’s an independent ideology.

When technocracy first began in the U.S., it was a membership organization. At its peak, there were more than 500,000 card-carrying, dues-paying members in the United States and Canada. Incidentally, the head of technocracy in Canada was the grandfather of Elon Musk, founder of Tesla and SpaceX. Around the same time, a technocratic organization also got started in Germany.

“As Hitler rose to power, he realized that the technocrats, as an organization, would be competitive with him becoming a dictator. So, he outlawed the Technocratic party in Germany. At about the same time, technocracy was outlawed in Canada [for two years]. For a number of reasons, they thought that somehow the two were connected and that technocracy in Canada would be supporting Hitler …

It was discovered later by historians that these technocrats, who were banned from meeting, were actually very active during the course of World War II, during Hitler’s reign. They were the statisticians, the mathematicians, the physicists, the engineers for business and so on; that really enabled Hitler’s expansion and dictatorship.

That’s not to say that they were all in lockstep with his goals, but they had a good time supporting all those things, because they were highly prized by Hitler and his leadership.

During the war, they found out also that these technocrats were communicating between the columns of power in Nazi, Germany. Hitler was rather paranoid about keeping all of those different areas separate so they would not communicate, but they did communicate during the war.

After the war … a top-secret operation [took place] in the United States … called Operation Paperclip, which brought some 1,200 of these top scientists and engineers from Germany to the United States. They sanitized their resumes and installed them into positions of scientific prowess in the United States, like at the national technology agencies.

So, the very same people that were helping Hitler do what he did, completely bypassed the Nuremberg trial. Some of them should have been there, I’m sure. But they were brought to the United States and given high positions of prestige, to continue to practice their science and engineering.”

Beauty and the Beast

The Trilateral Commission’s co-founder Zbigniew Brzezinski, a Columbia University professor, brought the concept of technocracy into the Commission in 1973, with the financial support of David Rockefeller.

“Brzezinski wrote this book called ‘Between Two Ages — America’s Role in the Technetronic Era.’ It caught Rockefeller’s eye. And so, Rockefeller and Brzezinski became like the beauty and the beast. They went on to form the Trilateral Commission, which declared, from Day 1, that they wanted to foster a new international economic order.

They said that repeatedly in their literature, and this is what got Sutton excited, and me too. What is this new international economic order you’re talking about? What do you mean? We have an economic order. It seems to be working. Why do you want to change everything? What is your idea here?”

Carter, Ronald Reagan, George H.W. Bush and Bill Clinton were all members. Within two weeks of his inauguration, Barack Obama appointed 11 Trilateral Commission members to top-level positions in his administration, equivalent to 12% of the Commission’s entire U.S. membership.1 The ramifications of this are described in Wood’s article,2 “Obama: Trilateral Commission Endgame.”

“What happened here is that they were after the mechanism, because America was the greatest economic engine in the world at that time,” Wood explains. “They wanted to get control of the economic engine of the world so that they could manipulate it for their own benefit and convert it, transform it if you will, into technocracy …”

Dr. Mercola’s far-reaching interview with expert Patrick Wood is one of the best ever conducted. Not only does Mercola fully understand Technocracy, but he is unafraid to stand up to it and help America reject it. Dr. Mercola is the number one web site on the Internet for alternative health.
⁃ TN Editor

About the Author:
Dr. Joseph Mercola

They can take technocracy and shove it straight up their asses. Taking a look out on the streets, does one think anyone is ready to put up with more governing bullshit? 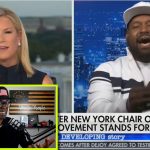 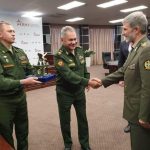