SHARE VIDEO
Video Link Posts View all formats
Menu
(RT) – Former US ambassador to Russia and ardent Kremlin critic Michael McFaul has apologized after sharing on Facebook a fake video post which called for the killing of Russian intel officers. He denied having endorsed the comment.

McFaul, who served as America’s Ambassador to Russia from 2012 to 2014, shared a post from the “Russian Regions” anti-government group, which have called for mass protests against the Kremlin, using Iran as an example.

“300,000 Iranians are marching to lynch local Chekists [intelligence officers] – and what have you done for Russia?” the message by online user Yana Sizikova said in Russian, along with video footage of a massive crowd of protesters. The word Chekists derives from Cheka, which was the Soviet domestic intelligence service from 1917 to 1922. 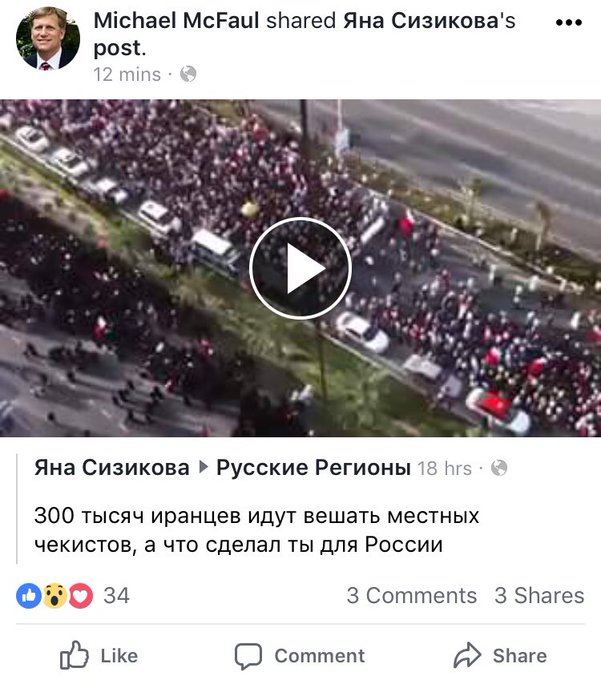 #Obama frm ambassador to #Russia reposting not just your regular incitement of violence but an actual call to murder state employees. Translation: 300,000 Iranians are heading to hang local security forces and what have u done for Russia pic.twitter.com/KkOk3Go9ZQ

Users were quick to point out that the video in the post was not from Iran, but from the 2011 Arab Spring uprising in Bahrain. The Bahraini flags are clearly visible in the video. 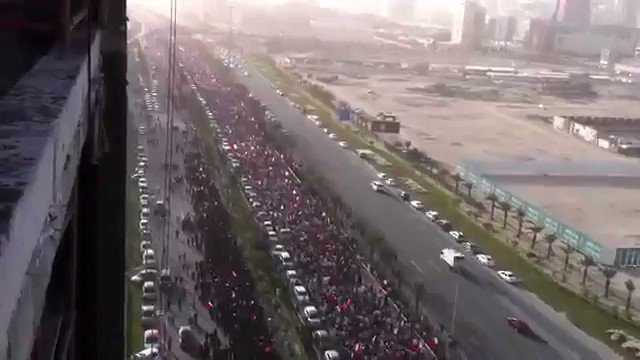 Embarrassed at having soiled his hands with fake news, he deleted his repost and apologized for having shared something “mislabeled by someone else.”

After this article was published, McFaul denied endorsing the call for killings contained in the original publication, and said that he had made an earnest mistake by re-posting it.

This is complete nonsense! Shame om @Rt. I made a mistake of posting fale video and pulled it down. I would NEVER endorse this. . RT has no shame. “McFaul endorses call to murder Russian intel officers by reposting fake video” https://t.co/r8XvvCSrNZ

I apologize. I misread the caption, & then deleted after realizing my mistake (My Russian is rusty.) https://t.co/3xfjEFLy5X

I apologize for posting a fake video by accident. I deleted once I realized my mistake. I would NEVER endorse the murder of anyone. Period. https://t.co/mUKrwSDYkj

The year-old “Russian Regions” anti-government group, which McFaul so generously promoted, is never shy of agitating for revolution in Russia. It has been using the protests in Iran to illustrate those calls ever since they erupted on December 28. The group’s questionable newsfeed over the developments in Iran forced Twitter to suspend the “Russian Regions” account – which Sizikova immediately blamed on “Putin’s agents” in Twitter’s employ.

Wes should investigate all foreign involvements in our election. Putin did. Why shouldn't we? https://t.co/Yn8T5uqcLq

Sizikova’s own page links to an anti-government website, apparently started in 2017, as Russia prepares for the 2018 presidential election. Oh, and also to an Instagram page with pictures of semi-nude women.