Lithuania continues to show its high interest for the additional U.S. troops presence on its territory.
The authorities believe that the U.S. military will help to preserve the independence of the country. “We are ready to host more U.S. troops, and see them as the best deterrence here,” said Prime Minister Ingrida Šimonytė.
Thus, Lithuania said on March 14 that NATO is sending thousands of additional troops to the eastern part of the alliance “as a result of the shifts in geopolitical situation”. “We will create three new military camps to host our Allies in Lithuania: reinforcements will be welcomed in Marijampole, Kazlu Ruda and Pabrade, where a U.S. tank battalion has been on rotation since 2014,” the Lithuanian Defence Ministry said on Twitter. The new military camps will be set up at Lithuanian Armed Forces divisions to ensure NATO’s host nation support to allies deploying to Lithuania, he added.
The U.S. actively supports the idea of sending more troops to Europe. U.S. Chairman of the Joint Chiefs of Staff General Mark Milley stated on March 6 that more U.S. troops would arrive in Lithuania.
According to the general, some of the 3,500 U.S. troops deployed on NATO’s eastern flank will be relocated to Lithuania. It was also decided to deploy air and missile defense radars, short-range air defense systems, and self-propelled artillery guns in Lithuania. “Currently, troops are being deployed here,” Milley told reporters at the Pabrade military training area in the district of Svencionys north of Vilnius. The U.S. military brigade was arriving in Germany where it would receive the necessary weapons from warehouses, he said. “Then General [Tod] Wolters, Supreme Allied Commander Europe, and General [Christopher G.] Cavoli will send them to different countries,” Milley said. “Lithuania is one of them”, he added. The general said that the specific numbers of troops that should be deployed in particular countries were being discussed at present.
General John S. Kolasheski, commander of the U.S. Army V Corps, stated that decisions had now been made to deploy air and missile defense radars, short-range air defense systems and self-propelled artillery installations in Lithuania.
According to Lieutenant General Valdemaras Rupšys, commander of the Lithuanian Armed Forces, the American leadership “assures us that we are not alone, that we can contain and, in the worst-case scenario, defend our country.”

The matter is Lithuania is sure that American military presence is necessary for Lithuania. In reality it is beneficial primarily to the United States, which competes with Russia for spheres of influence. Small Lithuania is only a pawn in U.S.-Russia game.
The U.S. does not even hide its national interests for expanding its influence in the European region. This is a big question if Lithuania really remains independent in case foreign troops will deploy in the country. They will dictate Lithuania how, when and where to defend the country, how much money should be sent to defence, how many military objects should be built and so on. Is Lithuania ready to fulfill all Washington’s requirements? Is it real independence the country has been fighting for so many years?

Lithuanians being the useful idiots for the yanks. They now feel so independent with foreign troops occupying their country. 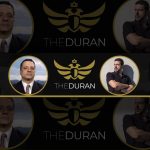