Lebanon is on the brink of social explosion and breakdown

Steven Sahiounie, journalist and political commentator Najib Mikati has received 73 votes from the Lebanese Parliament, making him the new Prime Minister elect. He stated he would not have accepted the position unless he had international support, and he agreed with President Michel Aoun to form a government using the French model.

Najib Mikati has received 73 votes from the Lebanese Parliament, making him the new Prime Minister elect.  He stated he would not have accepted the position unless he had international support, and he agreed with President Michel Aoun to form a government using the French model.

The UN will co-host along with France an international conference scheduled for August 4.  Diplomates believe the topics will be how to force Lebanese political elites to agree on reforms, and how to deal with the humanitarian crisis unfolding.  The fate of the Lebanese Army also is threatened, and will surely garner attention.

Lebanon has been without a government for nine months, which has further acerbated the economic meltdown.

The World Bank issued a shocking report that ranks Lebanon as one of the three world’s worst financial crises in more than 150 years.  The Lebanese currency has lost more than 90 per cent of its value since late 2019, and its GDP has fallen by some 40 per cent since 2018, in an economic free fall. The report largely blames the country’s sectarian political elites for the crisis.

The cost of food has soared by 700% over the past two years with increases quickening. “The price of a basic food basket increased by more than 50 percent in less than a month,” Nasser Yassin, told AFP Wednesday.

The Lebanese pound in around 15 times the official rate, with the black market trading at 22,000 to the dollar.

The government is almost out of hard currency, which means they can’t buy staple items such as medicines and gasoline. Miles-long lines of angry motorists wait at gasoline stations to fill up. Even the biggest hospitals complain they have run out of some medicines.

Water is life, and the Lebanese water system is on life-support. At any moment the entire system could collapse, leaving millions at immediate risk of having no water. The UN Children’s Fund, UNICEF, is warning of an imminent disaster.

Over the next four to six weeks, most water pumping stations will cease functioning due to the economic crisis, which has caused shortages in funding supplies, chlorine and spare parts.

After the collapse, water prices will soar by 200 per cent per month as residents rush to find alternative private suppliers.

“The water sector is being squeezed to destruction by the current economic crisis in Lebanon, unable to function due to the dollarized maintenance costs, water loss caused by non-revenue water, the parallel collapse of the power grid and the threat of rising fuel costs,” said Yukie Mokuo, UNICEF Representative in the country.

“A loss of access to the public water supply could force households to make extremely difficult decisions regarding their basic water, sanitation and hygiene needs,” she added.

Almost 2 million people have access to just 35 liters per day, compared to the national average of 165 liters prior to 2020. The price of bottled drinking water has doubled over the past year.

“At the height of the summer months, with COVID-19 cases beginning to rise again due to the Delta variant, Lebanon’s precious public water system is on life support and could collapse at any moment,” Ms Mokuo said.

Lebanon is ready to run out of fuel oil to power its electric power generators, but Iraq has stepped in with an interesting, yet complicated deal.

Iraq will provide Lebanon with fuel oil for its power plants in exchange for medical services, with electricity shortages impacting hospitals.

Lebanon’s energy minister, Raymond Ghajar, said the deal would allow “the purchase of one million tonnes of Iraqi state fuel oil on behalf of Electricite du Liban (EDL)” over the course of a year.

The Iraqi oil cannot be directly used by the power stations, so Lebanon will exchange the Iraqi oil for fuel oil from other providers.

Iraq’s health infrastructure is ruins and has never recovered following the attack, invasion and occupation of the US.  Iraqi governmental corruption has prevented investment in public services. Lebanon will offer Iraq some medical aid in exchange for the oil.

Lebanon’s health services struggle with lack of medicines, doctor and staff leaving for work abroad, and now are facing almost no electricity.

“All hospitals … are now less prepared than they were during the wave at the start of the year,” said Firass Abiad, the manager of the largest public hospital in the country battling COVID-19.

“We only get two to three hours of mains electricity, and for the rest of the time it’s up to the generators,” Abiad said.

During the spring, the COVID cases dropped, but now they are spiking back up as Lebanese abroad flock home for summer visits, bringing the virus along with them.

“It could be catastrophic if this rise in coronavirus numbers leads to a spike like the one we saw at the start of the year,” Abiad said.

Lebanon will mark the one-year anniversary of the horrific explosion at the port of Beirut, which killed more than 200 people, injured more than 7,500 and left about 300 people homeless.

Most effected have still not fully recovered.  The explosion was like a small nuclear blast, but what has followed over the year has been a gradual dissent into misery and hopelessness. Many blame Lebanese officials for storing hundreds of tons of highly explosive ammonium nitrate at the port, which ignited.

Many Lebanese are hungry, angry and broken.  They want to see a sign of improvement, a reason for hope.  Perhaps, the new government, and the international meeting will offer up some signs for a fresh start for Lebanon.  For this, we can hope.

I was in Beirut in 1963. It was considered the Paris of the Middle East. The girls were in mini skirts, taxis were Mercedes, fifty some movie theaters and a vibrant economy throughout the country. Sad to see a beautiful country become a failed state.

In the sixties it was all financed by printing money by some globalist run jewish banksters. But when Hezbollah appeared jewish globalists shut it down and ratched up tensions between islam and christians. Thats when allof Lebanon problems began.

Globalists run the refinaries and finance. Hard sell for Lebanon. The only solution is produce it yourself. There is oil and gas in Lebanese waters. Ask Putin for help and create a new currency outside the IMF and World Bank globalist money control and oppression mechanisms and create small non profit banks in every city and allowe them to create money. The Lebanese government can lend interest free from these community banks and they in turn can finance small en medium size businesses. The solution to all these problems is so simple. Its often overlooked. The globalist wouldnt like it… Read more »

“Many blame Lebanese officials for storing hundreds of tons of highly explosive ammonium nitrate at the port, which ignited.” Ammonium nitrate is not explosive. But it can be used an oxidizer to make flammable materials like fuel oil explosive by chemically supplying oxygen. This similar to what potassium nitrate does with charcoal in the making of gunpowder. It is possible that the part of the ammonium nitrate disintegrated into something flammable that became explosive when mixed with remainder. But the explosion looked clean and extremely powerful. More likely it was the work of nefarious elements within or outside of Lebanon… Read more » 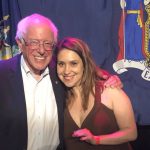 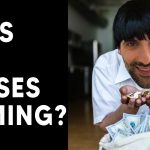