North Korea’s leader Kim Jong-Un has offered a rare personal statement in the aftermath of the US President’s remarks at the United Nations General Assembly which threatened the destruction of North Korea. Additionally, Donald Trump referred to the man North Koreans call the Great Marshall as “Rocket Man”, in an apparent reference to a song by the musician Elton John.

Kim Jong-Un’s personal reply is reproduced below in its entirety:

The speech made by the US president in his maiden address on the UN arena in the prevailing serious circumstances, in which the situation on the Korean peninsula has been rendered tense as never before and is inching closer to a touch-and-go state, is arousing worldwide concern.

Shaping the general idea of what he would say, I expected he would make stereotyped, prepared remarks a little from what he used to utter in his office on the spur of the moment as he had to speak on the world’s biggest official diplomatic stage.

But, far from making any remarks of any persuasive power that can be viewed to be helpful in diffusion tension, he made unprecedented rude nonsense no one has ever heard from any of his predecessors.

I’d like to advise Trump to exercise prudence in selecting words and be considerate of whom he speaks to when making a speech in front of the world.

The mentally deranged behaviour of the US president openly expressing on the UN arena the unethical will to “totally destroy” a sovereign state, beyond the boundary of threats and regime change or overturn of social system, makes even those with normal thinking faculty think about discretion and composure.

His remarks remind me of such words as “political layman” and “political heretic” which were in vogue in reference to Trump during his presidential election campaign.

After taking office Trump has rendered the world restless through threats and blackmail against all countries in the world. He is unfit to hold the prerogative of supreme command of a country, and he is surely a rogue and a gangster fond of playing with fire, rather than a politician.

His remarks which described the US option through straightforward expression of his will have convinced me, rather than frightening or stopping me, that the path I chose is correct and that it is the one I have to follow to the last.

Now that Trump has denied the existence of and insulted me and my country in front of the eyes of the world and made the most ferocious declaration of war in history that he would destroy the DPRK, we will consider with seriousness exercising a corresponding, highest level of hard-line countermeasure in history.

Action is the best option in treating the dotard who, hard of hearing, is uttering only what he wants to say.

As a man representing the DPRK and on behalf of the dignity and honor of my state and people and on my own, I will make the man holding the prerogative of the supreme command in the US pay dearly for his speech calling for totally destroying the DPRK.

This is not a rhetorical expression loved by Trump.

I am now thinking hard about what response he could have expected when he allowed such eccentric words to trip off his tongue.

Whatever Trump might have expected, he will face results beyond his expectation.

As KJU said, unprecedented.
KJU was educated in Switzerland, and is no fool. It is his job to protect his nation against such an aggressive bully such as the US.
Let us not forget that the end-game is surrounding Russia and a backdoor into China, all part of the “full spectrum dominance” policy of the US.
KJU just might be the man to trip them up, who knows.

christianblood
Reply to  Helen B

You are very right indeed! KJU and his nation have every right to protect themselves from the satanic ROGUE state known as the ‘U$A’.

Google is paying 97$ per hour,with weekly payouts.You can also avail this.
On tuesday I got a brand new Land Rover Range Rover from having earned $11752 this last four weeks..with-out any doubt it’s the most-comfortable job I have ever done .. It sounds unbelievable but you wont forgive yourself if you don’t check it
!sk91d:
➽➽
➽➽;➽➽ http://GoogleInternetRightComunityWorkFromHome/make/more… ★✫★★✫★✫★★✫★✫★★✫★✫★★✫★✫★★✫★✫★★✫★✫★★✫★✫★★✫★✫★★✫★✫★★✫★✫:::::!sk91l..,.

Freedom is always the freedom of dissenters. — Rosa Luxemburg

Tommy Jensen
Reply to  Helen B

No one can intercept North Korea´s hydro bombs. Thats why Trump and his lapdogs are barking dark red in their faces.
http://www.pravdareport.com/hotspots/conflicts/22-09-2017/138730-kim_missiles-0/
“A frightened dog barks louder”, good one Mr. President of North Korea.

Where is the video?

It is right to hear the actual words instead of the endless stream of reports of what he is like according to reporters (paid by the Western media magnates who are incapable of objective research and bow to the Pentagon).

The world must watch and learn from KJU. KJU is not afraid of our exceptional. Americans aren’t that scary. Our exceptional need to put fear in our leaders for total obedience to stay strong. It is only when the fear is gone we will realize how weak our exceptional are.

Empire with no clothes…..

A truly “Great leader of a Nation”, against a demonic blood covenant – it’s way to easy to pick sides. Glory to Kim!

Humm.. Now you know, why Trump is running around to get a further $ 4 billion ??

Problem here, is that the US of Israel will be choking on their own vomit after all the losses to Russia in Syria, they need and WANT a big war to make more profit. I wouldn’t be surprised if the pentagon has already has a “black flag” operation in mind, they need something bigger than 9/11 to wake up their zombie people so they can justify destroying Korea. ( both south and north would be destroyed as well as other countries, many millions dead. I shudder for the future with an insane idiot in the WH.

Kabuki theater on both sides.

This staged “mythbuster test” was far from a scientific evaluation of the puncture ability of a redneck-made bottle rocket. The dampness of the mortar is quite evident at the 1:58 mark as mortar turns a light grey color when dry, not dark. If you look closely at the video at the 2:00 minute mark, you can see a small amount of fresh mortar falling off one of the cement blocks which suggests the cement wall was hastily constructed and not fully dry. You can easily break through a cement brick with a carpenter’s hammer so what was the point of… Read more »

LMAO kim is as funny as Trump

This shouting match between Kim and Trump is so pathetic, undignified. I don’t want to read more about it. 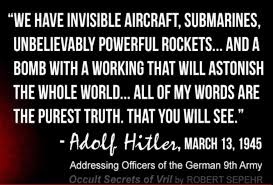 But then trump has less gulags.

I must wonder who has more dignity…

don’t be so foolish, Trump is a tin horned dictator, nothing less, he’s met his superior now !!!!!

What about the people behind Trump – the ones really running the show?

They reached the level Zero. Both of them.
Trump: “Kim is a madman”
Kim: “Trump is mentally deranged”.
Trump: ““Rocket Man is on a suicide mission”
Kim: “Trump, a gangster fond of playing with fire”

I’d like both of them to be locked up in the same padded cell, and the key thrown away. 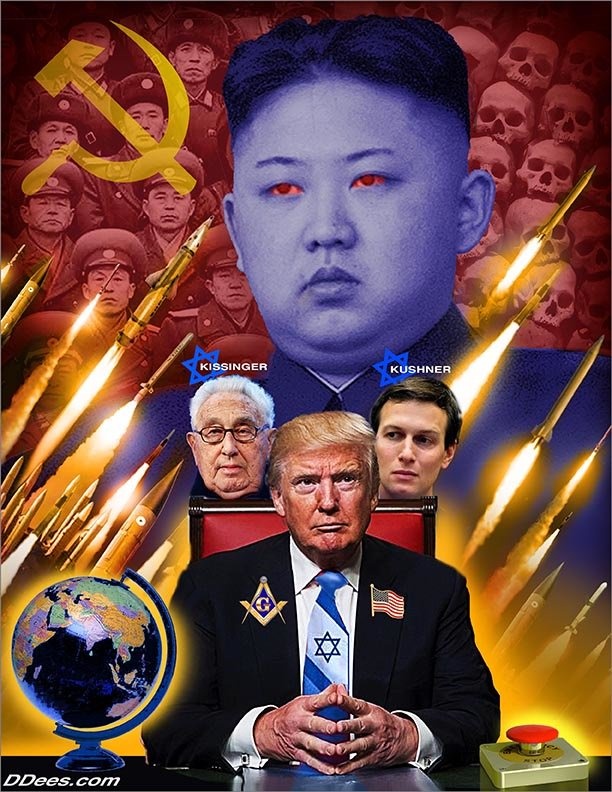 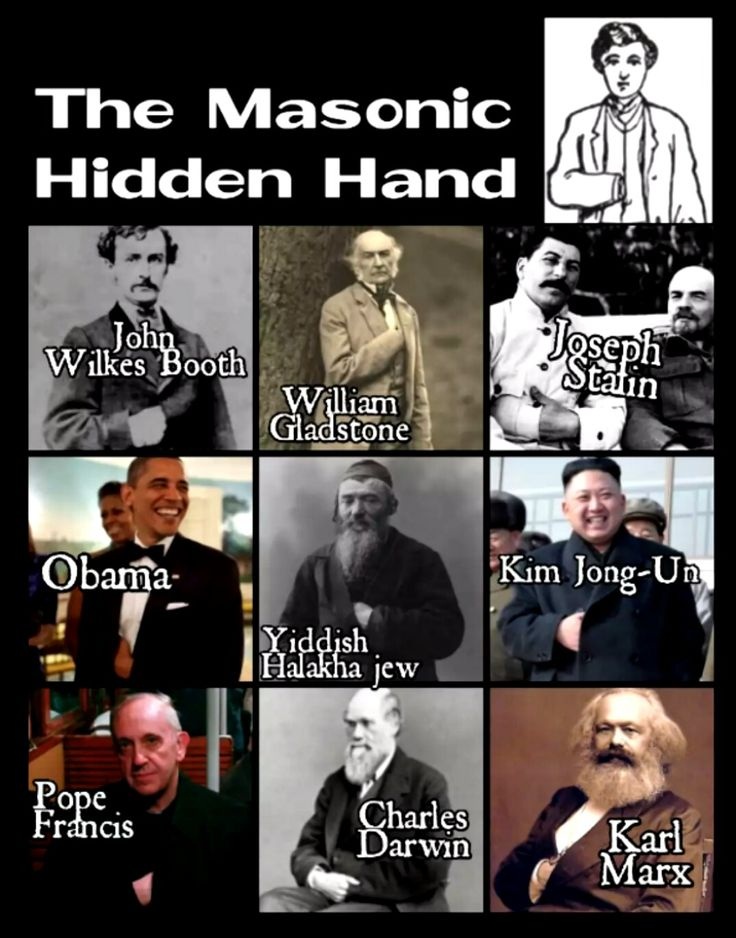 Why not show a map of all the US bases around NK.