Joe Biden gave his acceptance speech last night at the Democrat National Convention. It surprised many people on both sides of the political aisle. It was an absolutely strange capstone event to a Convention that gave us a look at some of the most deranged people in America, as well as the heads who wish to rule the United States through their newly minted proxy candidate.

We thought the Manchurian Candidate was just a movie. This is something very much like it though. Only Mr Biden is not being run by some foreign concern, at least not only one. We saw his handlers speak during the Convention. They spoke to all of us, acting like they were rallying around their guy, but really? Probably not. They might have been more honest if they had just said “Look, we are taking over again and here are the things we think are important.”

But of course, in Democrat Land, imagination trumps reality. Let’s try to look at who some of these power players might be. They spoke to us well before their designated suit came to the podium.

Over the last four days the American people got lectured by some of the sleaziest and most radical characters to ever take the political stage in this country. 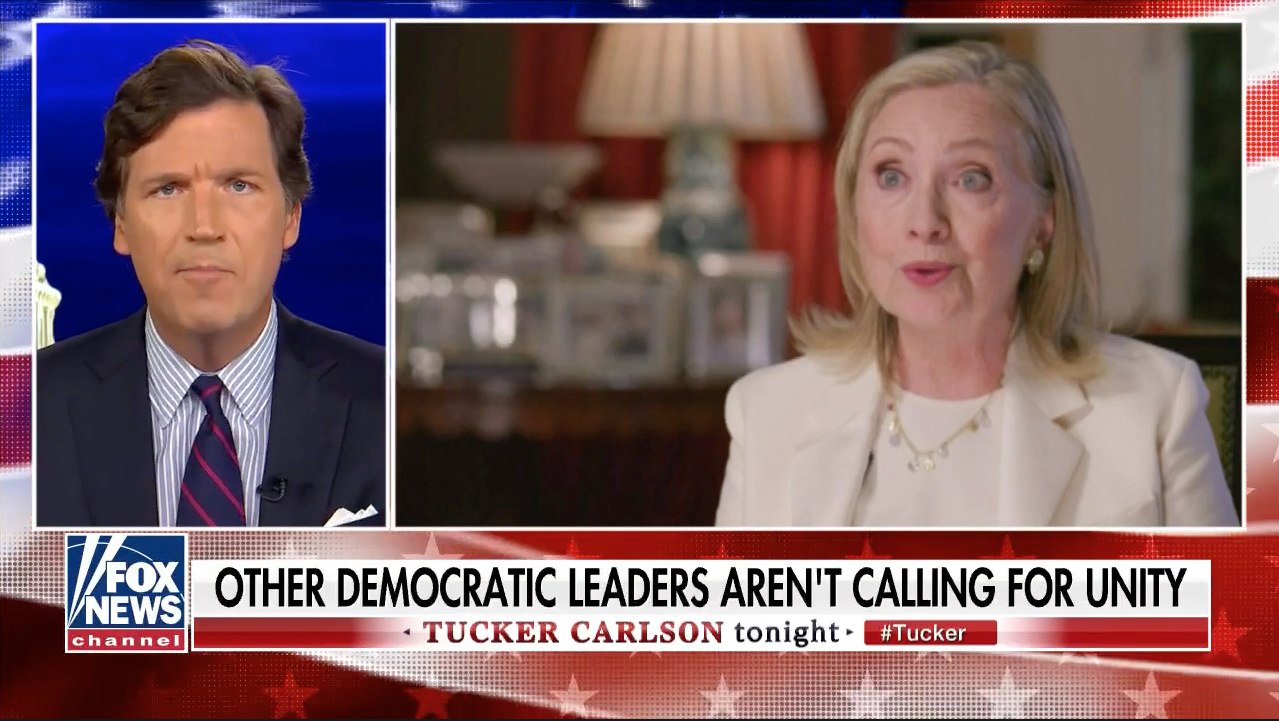 I have to admit, it was a well-crafted speech. It was well-delivered, very few verbal stutters (and an inconvenient truth about this is that Mr. Biden had a stuttering problem when he was young. I did not know this, but knowing it puts some of the audio flubs in his speech into place.) It does not excuse his strange breaks with reality though.

Tucker Carlson noted the same character in Mr. Biden’s speech, but made sure to not let viewers forget that Biden’s calm demeanor is at the top of the Party of Eternal Grievance and Victimhood. After seeing transgender mermaid queen-king weirdos, racists and angry, spurned politicians like Elizabeth Warren and Hillary Clinton come down on everything that isn’t grievance politics, the Democrat Party put up this amazingly normal-looking and sounding guy.

Watching this speech as the culmination of his presidential run so far, I had to admit that this was sad for Biden and extremely dangerous for the nation.

Policy-wise, I see Joe and especially the powers intending to work through him, taking the US in exactly the wrong direction. Our country is degenerating into a stoned, violent, tribal, sexually perverse society that is not safe to raise children and families in. In the 1980s we strove to keep our kids off drugs and to get them into tough treatment programs if they were, to save their lives. Now, marijuana is legal in many states and many more will follow. It has even become a talking point among Republicans to legalize this stuff.

But we look at videos like this one, clearly stuffed to the rafters with people that are stoned out of their minds and ask “why is this happening?” Because we are legalizing this stuff. Pretty simple. And the Democrats are leading the charge and will continue to do so. 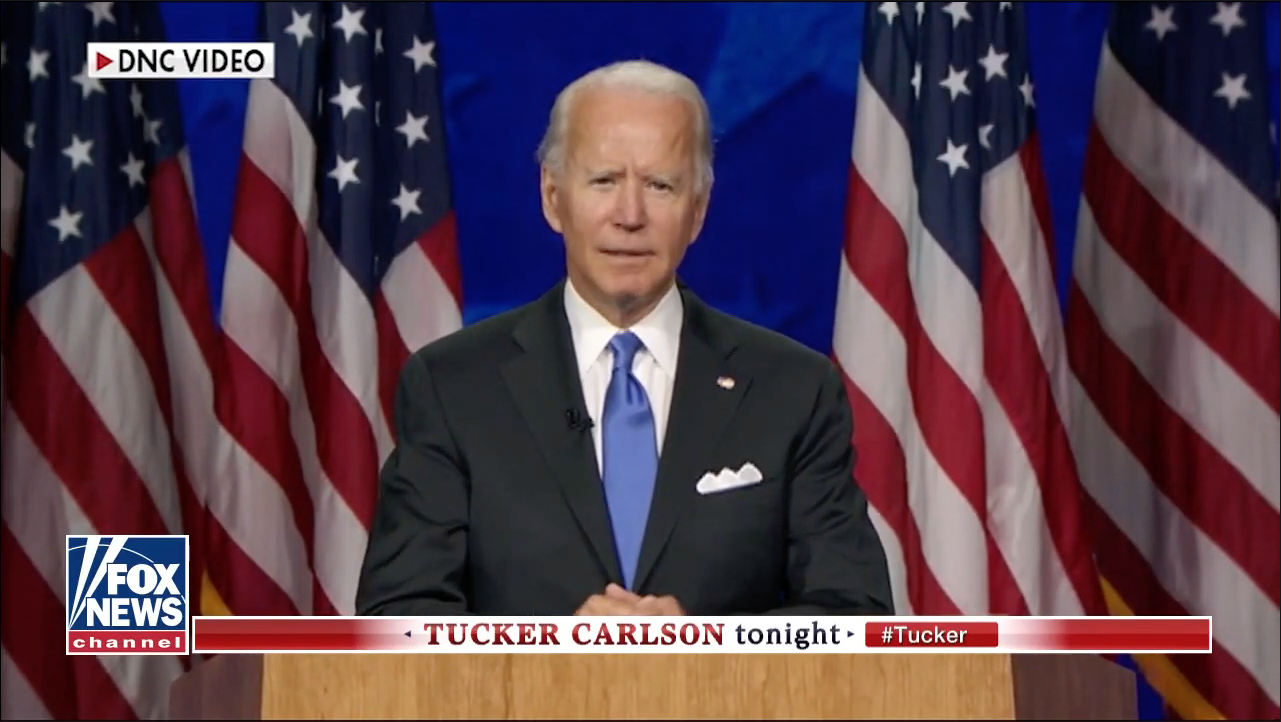 I watched VP Biden’s speech carefully and took notes. The overwhelming sense was of a very kind, sincere man making a genuine and emotional appeal to the American people.

Except for the lies he told.

Here are a few of those lies, which will go unnoticed by his supporters because they do not even know they are being lied to:

There were other huge problems with the speech. Oddly, the main thrust of most of the speech was Joe basically promising to do the same things that President Trump has already accomplished. However, Joe’s methodology was muddy, not specific, just a bunch of promises. We knew what President Trump was going to do very specifically – the judicial picks, the committment to get rid of two rules for every new bureaucratic rule made in federal agencies; the decision to take us out of the Paris Accords and the JCPoA (Iran deal).

President Trump has been a the Mess-Maker in Chief, so to speak, in that he has been going from one end of the DC establishment to the other, breaking things and pissing people off. The MSM is quick to identify this every time he does it.

What they always miss, and what Trump supporters know, is that this is precisely the job that we as Trump supporters voted him into office TO do. Breaking the machine means there are broken things laying everywhere, mostly whiny bureaucrats and politicians who are dedicated to their own power.

The Democrats are trying to destroy the nation through their tacit and active support of the rioters (shown also in great detail in Tucker’s video, but denied existence by people like Rep. Jerrold Nadler and ignored in full by Joe Biden himself).

To finish, it seems necessary to say this about the Bidens themselves: this candidacy (and presidency, should it happen) is abusive to Mr. Biden and his wife, Jill. I find it very difficult to believe that they honestly comprehend that their own party condones the rioting and anarchy that we see on our TV screens every day. I think these two are like many other Democrats in the nation, thinking that their party cannot possibly be that radical. But actions speak louder than words, and the fact that these riots carry on in Democrat led cities (and not Republican ones) speaks volumes.

And the Bidens are being used. I pray they do not know it, because if they do, this is about the worst kind of deception anyone could ever pull on a nation.

I watched the entire speech and Joe Biden is off with the pixies. I don’t know what they gave him but it was definitely not a strong enough dose.

Just to note: the DNC had a long LONG time to tape and edit and retape and reedit this speech. Wonder if we’ll ever find out how long it took for Joe’s handlers to put that tape together… and what Joe was on …

We know for an absolute that Trump will win, as the rich ruling elite of the Democrat Party are doing their very best to loose.

Bidens speech made use of “deep fake” technology. Watch his mouth area closely, and at right around the 6:50 mark there’s several glitches.
Deep fake technology is very real and you can be certain that it was used with Biden. The proof will be that there will definitely be NO debates. 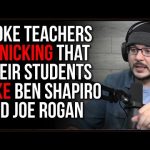 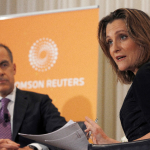