‘1. The clan is ancient, with strong ties going back millennia, both to government and finance;

a. Occult religious activity;
b. Criminal business organization and activity;
c. Assassinations, blackmail, and infiltration of government and finance;

3. The clan is clearly connected to a mathematical model of economic and credit activity, implying a hidden interest in developing such formally explicit models; and finally,

4. That model is the culprit responsible for the current (2008-2009) economic meltdown, which has affected primarily the institutions of the Anglo-American financial elite.’

Dr Farrell insists that this clan originated in China, and used David X Li’s work on correlation of risk https://www.wired.com/2009/02/wp-quant/ — and its adaptation by Wall Street – to engineer the US financial collapse of 2008-2009. Circumstantially, Farrell speculates that financiers from China colluded with Li, however Dr Farrell’s idea that China was behind the financial collapse of the United States tends to fall short.  That is, whether David X Li’s work was representative of a conspiracy on the part of China to somehow torpedo the US banking system is somewhat irrelevant ten years on, and one new huge financial bubble later.

There is no doubt that a “clan” of financial gangsters exists — but not necessarily comprised of financiers based in China. Consider that Li’s formula was adopted by Jeffrey Epstein and Liquid Funding Ltd which operated on behalf of Bear Stearns (Ireland) and traded out of the Virgin Islands, until the financial crash of 2007. Liquid Funding Limited’s prospectus and incorporation papers from 2000 specifically list the financial products leveraged by Li’s risk correlation equation, specifically CDO’s CBO’s and HELX’s. And those debt instruments were at the very heart of the US and world financial crash ten years ago.

It has been reliably reported Epstein was brilliant at math, and he successfully held a math lecturing position at an elite school without possessing a math degree. Higher math is what Epstein and David X Li do — and many others too on Wall Street — to assist with predatory speculation and investment. So, to ignore Epstein’s Liquid Funding Limited stock trading via Bear Stearns, and the wealth he thereby accumulated, is to ignore a most important component of the US establishment and its operation.

For Elites to have apparently murdered Epstein must mean that Epstein could potentially flip for the prosecution, and that he had important information on very powerful individuals – or even worse.

What’s worse (for Elites) is that Epstein possibly did “belong to intelligence” thus creating great complications for trying him in court, where US and Israeli state secrets involving blackmail, politically motivated sex crimes, and perhaps even state-sponsored murder would be revealed.  Like follow the money, follow the motive is a great simplifier. But to concentrate solely only on Epstein’s perverse nature and that “he had dirt” on powerful Elites still misses out on his important links to Wall Street and high finance.

In fact, that’s what the political class wants us to concentrate on: an individual’s perversity, his depravity, and the State’s ability to murder whoever or whomsoever it so pleases, at will.  To otherwise suggest that the very foundation of US power, namely the Central Bank authority and the US financial market system, is the basis for criminality, corruption, and perversity, is something that no US leader wants to enter into US collective public consciousness.

But Epstein’s deep connections to the very heart of US predatory capitalism cannot be ignored or excused, and must be acknowledged as (in part) key to the reason he was murdered by the authorities. The graphic below illustrates the many facets in need of investigation: 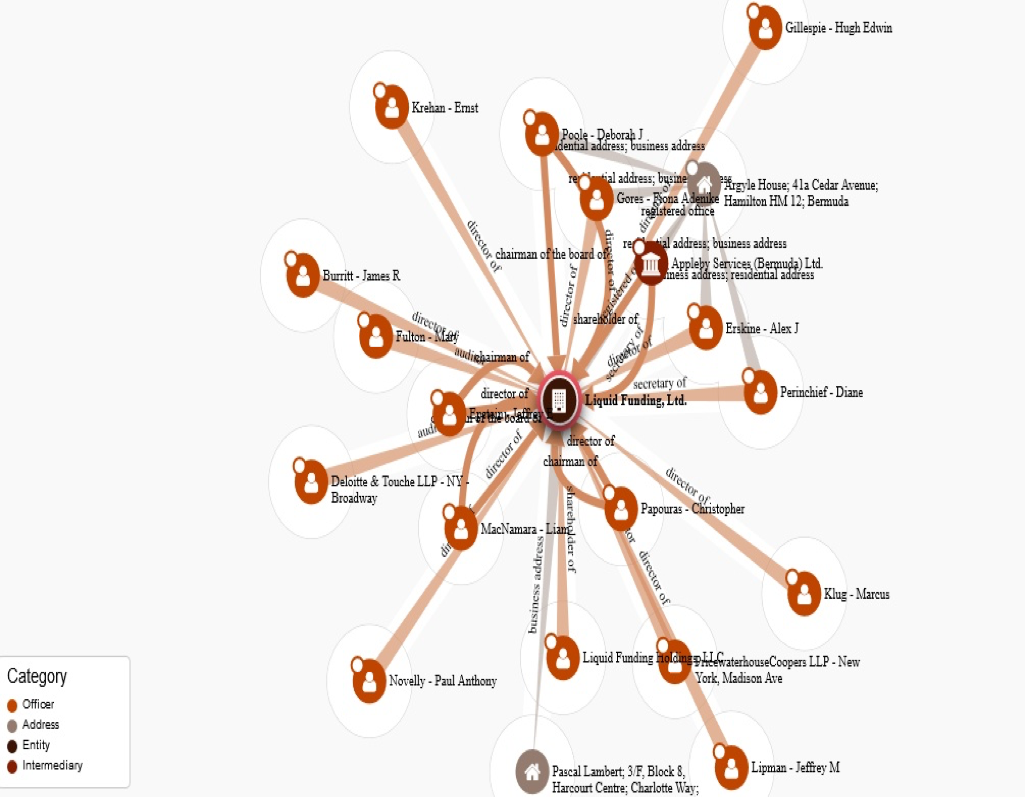 Epstein operated offshore in the Virgin Islands from 200 until 2007, trading derivatives for his wealthy advocates via the now defunct Bear Stearns (Ireland) operation. Since Bear Stearns collapsed and is now owned by the equally heinous JP Morgan concern, the idea that any US investigation will ever uncover the role of Jeffrey Epstein in the collapse of the US financial system in 2008-2009 is exceedingly unlikely. The Paradise Papers too do not contain enough specific details concerning Epstein’s actual derivative trading activities from the year 2000 – 2007 to make the case.

The only hope for transparency in the Epstein case is that US authorities will investigate Epstein’s stock trading activities and establish corresponding links therefrom to the most powerful Elite members of the US and Israeli Political Class.

But that eventuality is an eventuality to whit the political class will certainly even murder witnesses to conceal, to ensure that those banking connections remain furthest from public consciousness, or knowledge.

Chinese billionaires, just like Russian billionaires etc – they all seek to get their money out of their home countries, in case the Gov wants to confiscate it. So the best avenue for them to put their money is not in the bond or stock market, but in real estate. Because most countries in the world undervalue, underprice, and undertax their real estate sector, the value of land in particular. The Chinese definitely did not engineer the GFC; its causes are many, but the primary one is allowing the value of location to be privatized, to get sucked by landlords… Read more »

Quote: “The only hope for transparency in the Epstein case is that ……..”

Oh, c’mon. That opaque transparency will run the same route as HClinton’s pork belly kickback scheme. All they had to do to reveal it was to pull the trade tickets for that investor pool and note the end of day allocations.

Yeah, interesting how at the end of the day she was most obviously awarded the bulk of the winning trades and the other pool participants were awarded the losers. Nice clean money laundering operation, unless you bothered to look.

I have to wonder why he was ever brought back into the daylight to begin with ,unless it was planned to take him out from the start .Epstein had possibly become useless and dangerous and he had to be removed and so it was.