The entire world is watching in horror as death rates have skyrocketed in Israel since the Israeli government brokered a secret deal with Pfizer to inject the entire population with their experimental COVID shots, which are now being mandated as a condition to participate in society. See: Death Rates Skyrocket in Israel Following Pfizer Experimental COVID “Vaccines”

The National File reported this past week that a group of Israeli doctors, lawyers, campaigners and concerned citizens have hired the services of Tel Aviv-based firm A. Suchovolsky & Co. Law to file a criminal complaint in the International Criminal Court, stating that the mandatory vaccine laws are a violation of the Nuremberg Code.

Israel became one of the first nations in the world to mandate COVID-19 vaccines, and to introduce a COVID passport system that would only allow individuals to participate in society – including commerce – after they received the vaccine and were approved to join the system.

Now, a group of Israeli Jews are suing the Netanyahu administration in international court, making the case that Israel is violating the Nuremberg Code by essentially making Israelis subject to a medical experiment using the controversial vaccines.

The Anshe Ha-Emet (People of the Truth) fellowship — comprising Israeli doctors, lawyers, campaigners and concerned citizens — complained to the ICC prosecutor at the Hague, accusing the government of conducting a national “medical experiment” without first seeking “informed consent.”

“When the heads of the Ministry of Health as well as the prime minister presented the vaccine in Israel and began the vaccination of Israeli residents, the vaccinated were not advised, that, in practice, they are taking part in a medical experiment and that their consent is required for this under the Nuremberg Code,” the Anshe Ha-Emet suit states.

Tel Aviv-based firm A. Suchovolsky & Co. Law argues that Prime Minister Benjamin Netanyahu’s agreement with Pfizer and Netanyahu’s own admission make it clear that Israel’s warp-speed vaccination campaign “is indeed a medical experiment and that this was the essence of the agreement.”

The complaint has now been accepted by the International Criminal Court (ICC), and will be considered.

The Nuremberg Code was “written after Nazi doctors were put on trial for performing their medical experiments on concentration camp prisoners, stipulates that it is deeply unethical to force or coerce a person to take part in medical experiments,” according to a Jewish anthropologist. Those behind the lawsuit believe this is especially relevant after Pfizer CEO Albert Bourla called Israel the “world’s lab” due to its ready acceptance of the company’s COVID-19 vaccine.

This comes after an Israeli group decried the country’s green passport system, which allows only those who have taken the COVID-19 vaccine or developed immunity from the virus to engage in commerce and leave their homes, as “demonic” and a “second Holocaust.”

Read the full article at here, link to separate article

In an interview that has now been viewed by over a half million people, Ilana Rachel Daniel has made an emotional outcry for help from Jerusalem, the capital of Israel.

“Civil rights are put aside and people can only participate in society again after vaccination,” told Ilana to Flavio Pasquino in the BLCKBX studio via a live stream connection, who tracked down Ilana after an – even – more emotional audio clip on Telegram.

Ilana talks about the Green Pass, the Freedom Bracelet, the mRNA vaccine and human rights violations.

“Currently reminiscent of the Holocaust,” said the Jewess who emigrated from the US to Jerusalem 30 years ago.

Ilana Rachel is active in Jerusalem as a health advisor and information officer for a new political party (Rappeh) that is heavily opposed by the regime. Opening a banc account is not possible and members of the party are also thwarted in their daily lives.

Watch her impassioned plea for help (this is still on YouTube – if it disappears let us know.)

Israeli Rabbi Chananya Weissman’s 31 Reasons Why I Won’t Take the Vaccine, read it here. (to link separate article once published)

Here is an article that looks at how China wants to be involved in the development of a vaccine/immunity passport:

Governments around the world are likely rubbing their hands with glee thinking that this may just be the answer to their pressing need to know everything about us and track our every move.

The only thing we as humans can do on a personal basis, is rid ourselves of the technology. Bin mobiles, personal computers, throw away any device with a chip in it, reject passports for vaccinated people – do not comply in short.

Better still, turn off the television and Internet for a few months and go back to verbal communication.

Citizens of the World are at War, but few know it….there are no bombs or missiles, just psychological operations (psy ops) and social pressure as is done in China and medical lies deliberately instilling unnecessary fear. Netanyahu is evil for volunteering Citizens of Israel without their consent and this is against Nubemberg Codes of lack of consent.. The goal is transhumanism, cyborgs and total control. Moderna has admitted that they are injecting an “operating system”. This is computer language and reveals that the goal of transhumanism is the goal. I am so sorry for Israel and know that you are… Read more »

Unfortunately, or fortunately, depends which side one may wish to place themselves . I live in a state, that has had very few infections of this ALLEGED Corona Virus. The ones we had were all from Cruise ships and infected passengers brought the virus into our state. Whilst our Government was very quick to respond, and stuck to their guns from the get go, despite the critiscism and the howling from objectors. The threat was minimised and contained. Unlike the rest of my country. Much is said that this virus is not real, and simply a serious flu, however, that… Read more » 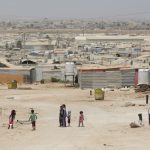 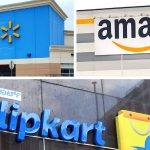