Israel has declared plans to build an underground wall separating the Palestinian territory of Gaza from Egypt’s Sinai peninsula, an area of Egyptian territory which was previously illegally occupied by Israel between 1967 and 1982.

Israel’s current relationship with Sinai has become increasingly worrying due to the presence of ISIS renegade fighters in Sinai whom the Egyptian military and police frequently engage in combat. There is a grave worry that Israel might use the excuse of ISIS’ presence in Sinai to once again invade and occupy part of Egypt.

This is doubly awkward as in Syria, Israel has taken aggressive actions to thwart efforts of the Syrian led anti-terrorist coalition while opening up Israeli hospitals to jihadists fighting in Syria in a move designed to demoralise the secular Ba’athist government of Syria that has been considered an enemy by Israel since the inception of Ba’athist rule in Syria, starting in 1963.

In spite of the fact that Israel, al-Qaeda, Hamas and ISIS are all fighting to undermine the government of Syria, ISIS and other jihadist terrorists is the excuse Israel is using to justify plans to fortify the border between Palestine and Egypt. The longer term plan could be to invade Sinai under this same pretext.

In the longer term, were Israel to occupy all of Sinai and in particular gain access to the Suez Canal, Israel would be able to exercise some influence over important global shipping routes which are to form an integral part of China’s One Belt–One Road.

China is already acting to exert its own influence at the opening of the Red Sea at the Bab-el-Mandeb, a narrow strait which separates the Red Sea from the Gulf of Aden where Saudi Arabia is currently exercising a naval blockade of Yemen which many see as the proximate cause of the mass starvation and cholera epidemic that has struck Yemen.

Should Israel move into Sinai, China would have a great deal to say and based on its new position from its recently opened military logistics base in the east African state of Djibouti, things could become tense in short order.

Of course, the short term effect of Israel’s activity would be to cut of Gaza’s only lifeline to the outside world.

“MOSCOW, August 4 (Sputnik) – Israel plans to build an underground barrier along its Egyptian border near the Gaza Strip to prevent the militants of the Islamic State terrorist group (IS, outlawed in Russia) operating on the Sinai peninsula from digging tunnels into Israel, local media reported Friday.

According to Ynetnews web portal, it will be a continuation of the barrier currently being constructed around the Gaza Strip with an estimated cost of $940 million, which is expected to be completed within a year and a half.

The new plan outlines a 0.6-mile extension of the barrier toward the south of the enclave and the possibility of building a 1.8-mile subterranean wall along the border.

In 2014, Sinai’s indigenous militants pledged allegiance to IS. The self-proclaimed Wilayat Sinai has subsequently claimed responsibility for a number of deadly attacks in the area. However, Egyptian security forces have been unable to maintain absolute control in the area.

For years, Israel has been attempting to deal with these underground tunnels, which are used by terrorists to penetrate into the Jewish state and stage attacks against civilians.

A network of secret tunnels used for smuggling and military purposes stretches from the southern and northern tips of the Gaza Strip, which has been under a blockade imposed by Israel since in 2007.

The reality is that the tunnels from Egypt into Gaza are the only way that the people of Gaza can receive food, medicine, clothes and important household goods. Gaza is otherwise encircled by Israel, including the Israeli controlled Mediterranean cost of Gaza.

If Israel builds the subterranean wall between Gaza and Egypt, Israel will be effectively annexing what is de-facto to the border between Egypt and Palestine and what’s more, it will help prepare Israel to be better placed to invade and occupy Sinai in the event that they should do so, irrespective of the stated excuse.

This ought to worry Egypt as much as anyone else.

With US blessing, the ethnic cleansing of Palestine never stops.

And the US sanctions everyone else except those who really need to be sanctioned!

The tunnels will either bore through any wall put in place, or just be dug deeper to go under. 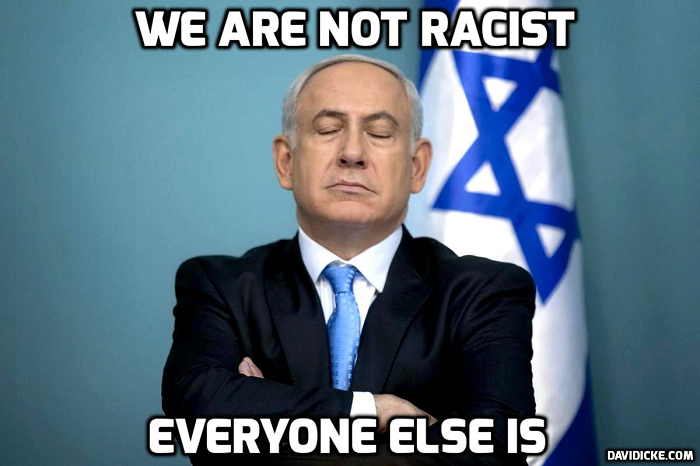 “It’s not our fault we’re the Chosen People. The Bible tells us so.”

Yuk! Where do you think Hitler got his idea of the “Master Race”.

The bible was man made ,pushed by THE PISO FAMILY in ROME..FREEMASONS,illuminati.

Chosen People….by their god…SYNAGOGUE F SATAN not by THE CREATOR. 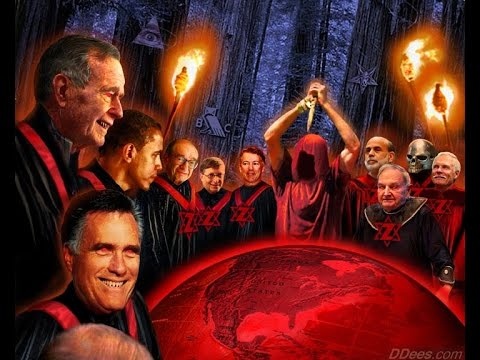 Just STOP this fable with “starving palestinians in Gaza”!
Gazans are the most overweight and obese population in the region.
They have the 8th highest men obesity rate in the world, and the third highest among women in the world, according to statistics collected by The World Health Organization.
https://politicalarena.org/2012/11/25/palestinians-have-the-8th-highest-obesity-rate-in-the-world-third-highest-among-women/
http://www.al-monitor.com/pulse/originals/2015/03/gaza-palestinan-obesity-diseases-diet-fitness.html

More jewish lies.
You didn’t even read what you posted did you.
“These old figures date back to 2003, well before Israel imposed a blockade on Gaza.”

Report on obesity in Gaza Strip: ” This study aimed at determining the prevalence of obesity and overweight cases in relation to socio-demographic factors among mothers aged 18–50 years in the Gaza Strip- from June 2012 to September 2012.
The weight and height of the mothers were measured, and their body mass indexes (BMI) were computed. The mothers were categorized according to the criteria of World Health Organization (WHO) for BMI. Results:
Obesity and overweight rates in urban area, refugee camp, and rural area were found to be 57.0%, 66.8%, and 67.5%”
https://link.springer.com/content/pdf/10.1186%2F2052-9538-1-7.pdf

Silly Daisy. I don’t hate jews. I hate zionists and their sick supporters.
I have long known a jew can not be argued with.
They are some imaginary guy called god’s chosen people.
Or would have been if they kept to his script.
La La land.
Oh and I realise how important it is for a jew to feel persecuted.
They don’t feel complete without it.

The “obesity” you mention is probably their bellies swelling from starvation, which is always the dirty jew’s favourite method of murdering the goyim, because it costs him nothing.
May you burn in hell.

Here is my comment,posted earlier in Sputnik, where the story’s emphasis was Israeli claims about ISIS (Daesh). This has nothing, absolutely nothing, to do with ISIS (aka, Daesh). This is the ultimate project to totally encapsulate the unfortunate people who reside in the world’s largest outdoor prison, Gaza. The hypocrisy of Israel screams at its loudest possible level in a phony claim about ISIS by Israel. Tunnels have for years provided an important lifeline to the people of Gaza, a million and a half souls Israel keeps effectively in a concentration camp. They have no freedom to travel. They have… Read more »

Agree. Please write shorter pieces. Most people will switch off after 30 seconds.

You know its bizarre when the “friends of Israel” starts to show charts of obisetys in Gaza. hehe They get “better and better”, whats next, huh, can you beat that one, what about Palestinians is imported Jordanians from the 70, by Arafat, anyone, in an “land without people, to an people without an land”. And I am abitt amazed how easily the Rotten scumbag whom runs the shit-hole Egypt gets of this days, when we know they are alies of the uISISa and is an lap dancing whore for the terror state Israel, what ISIS, yeah, that comes from those… Read more »

So the Gaza strip was occupied until 2005 and then the Israeli settlers were expulsed by the Israeli military and the hope was for a more peaceful arrangement with the Palestinians in Gaza. At some point Hamas (an offshoot of the Egypt Muslim Brotherhood) started to rule Gaza with an Iron fist. The hope of peace with the Palestinians in Gaza did not last long.. So tell me what is fun if you get bombarded all the time by self made Katyusha rockets which are fired by Hamas or other extremist groups at Israel? What is fun about children that… Read more »