(RT.com) – Thousands of young people have arrived to take part in the 19th World Festival of Youth and Students – an international event with roots in the post-WWII world that continues to carry the message of every nation’s right to determine its own path of development.

Origins of the event

The first international youth festival was organized in 1947 by the World Federation of Democratic Youth (WFDY) – a major leftist NGO founded after WWII with the goal of countering fascist tendencies in politics. The International Union of Students was also behind the festival.

Both organizations received significant support from the Soviet Union and other socialist and communist nations. This resulted in an injection of anti-imperialist ideas and slogans in the festival’s agenda. For many third world countries, taking a socialist path meant resistance to globalist capitalism, often through armed struggle. 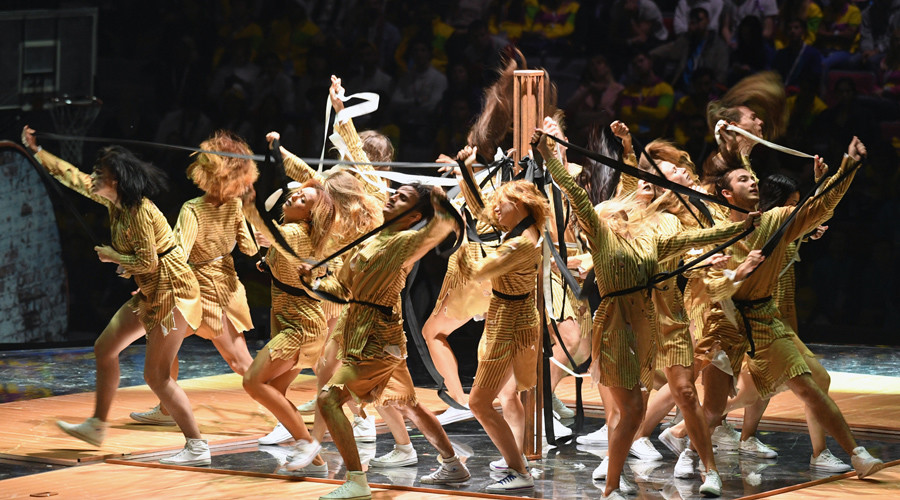 Despite being born out of the struggle between the two systems, the youth festivals became true events of peace and friendship that provided opportunities for representatives of socialist states and leftist parties from Western countries to exchange ideas. It also allowed people from different countries to break through the ‘iron curtain’ and personally experience life in other nations, which was usually portrayed negatively in the West.

This worked both ways – when the festival was held for the first time in Moscow in 1957, it became a positive shock for Russians, who were unaccustomed to seeing such great numbers of foreigners and having the chance to communicate directly with them. Many contemporaries recall the 1957 festival as a climax of the ‘Khrushchev Thaw’ – a period of relatively liberal reform in the Soviet Union following the death of Joseph Stalin.

Despite the nature of the festival, it took place not only in socialist countries, but in Vienna, Helsinki, Algiers, Pretoria, and Quito as well.

Despite the collapse of the Soviet Union and the Eastern bloc as a whole, the festival lived on, proving that the ideas of independent development of nations and countering the neo-colonial strategies of western governments and international corporations did not belong to socialists alone.

READ MORE: Russia opens the doors to 186 countries for its 2017 Youth Festival in Sochi

The slogan of this year’s festival is:

‘For peace, solidarity and social justice, we struggle against imperialism. Honoring our past, we build the future!’

While the first part is a nod the leftist legacy of the movement, the final words bring to mind recent political crises in which various nations struggle to break from the dictates of stronger states and international blocs while maintaining peace and friendship among the international community.

At the opening ceremony of the festival in Sochi, Russia on Sunday, Russian President Vladimir Putin said that he saw the event as a continuation of the 70-year tradition.

“Back then, young guys, like you now, were united by the power of a dream and faith that the youth – their sincerity and kindness – can break the ice of mistrust and help rid the world of injustice, wars and conflicts.

They have proven that barriers are powerless in the face of true friendship, and that the warmth of human communication isn’t dependent on political, religious, cultural and other differences,” 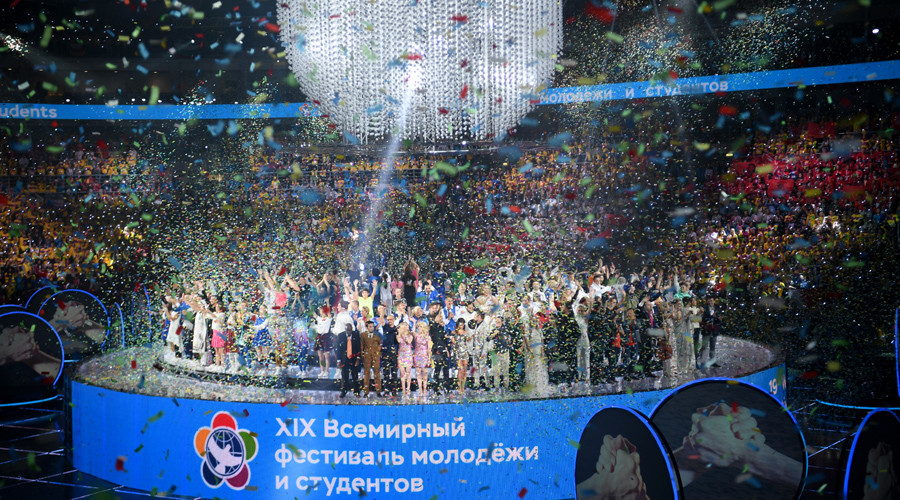 The Russian president also said that the Sochi festival will become the most representative in history, bringing together “approximately 30,000 participants, guests, and volunteers from over 180 countries of the world from all the continents.”

“We’re going to do everything for you to succeed,”

Putin told the participants, urging them to “strive to change this world and make it a better place.”

RT’s correspondent Caleb Maupin said that the whole festival gives him the impression that its main theme is tackling modern challenges through technology.

“A real emphasis is on technology and scientific research… There seems to be an emphasis on the idea that if we can develop and if we can raise the standard of living around the world, get people out of poverty and out of the conditions that drive them towards drugs and terrorism… we can have a more peaceful and interconnective world where people are trading with each other, doing business, getting along and… building a better life for humanity.”

Participants were also greeted by a video call from the International Space Station in which Russian cosmonaut Sergey Ryazansky shared his experience of working with foreign colleagues in orbit.

“Space taught us two things: the first one is the need to find common language… there’s no time to think about differences – it’s much more important to know that next to you there’s a brilliant professional, reliable colleague and, more importantly, a true friend, whom you fully trust.

We understood the second thing when we looked down at our planet: we are all responsible for our home, a small and fragile planet, which is lost in infinite space,”

Russian Health Minister Veronika Skvortsova told RIA Novosti that the spirit of the 2017 event reminded her of the atmosphere of brotherhood and understanding witnessed at previous youth festivals.

“This is really a wonderful place for communication and like in good old times we can see this fraternizing between representatives of various nations and various professions,”

The Russian Black Sea resort of Sochi hosts the 19th World Festival of Youth and Students until October 22.