WikiLeaks founder Julian Assange was quickly taken to the Westminster Magistrates Court after his arrest at the Ecuadorian Embassy in London.

Photos of the Assange giving the thumbs up and bravely smiling to the swarm of photographers outside his arrest van provides a glimmer fo hope, for what can only be described as the darkest day in press freedom.

The U.S. DOJ was quick to charge Assange with helping Chelsea Manning hack and subsequently leak classified US documents. 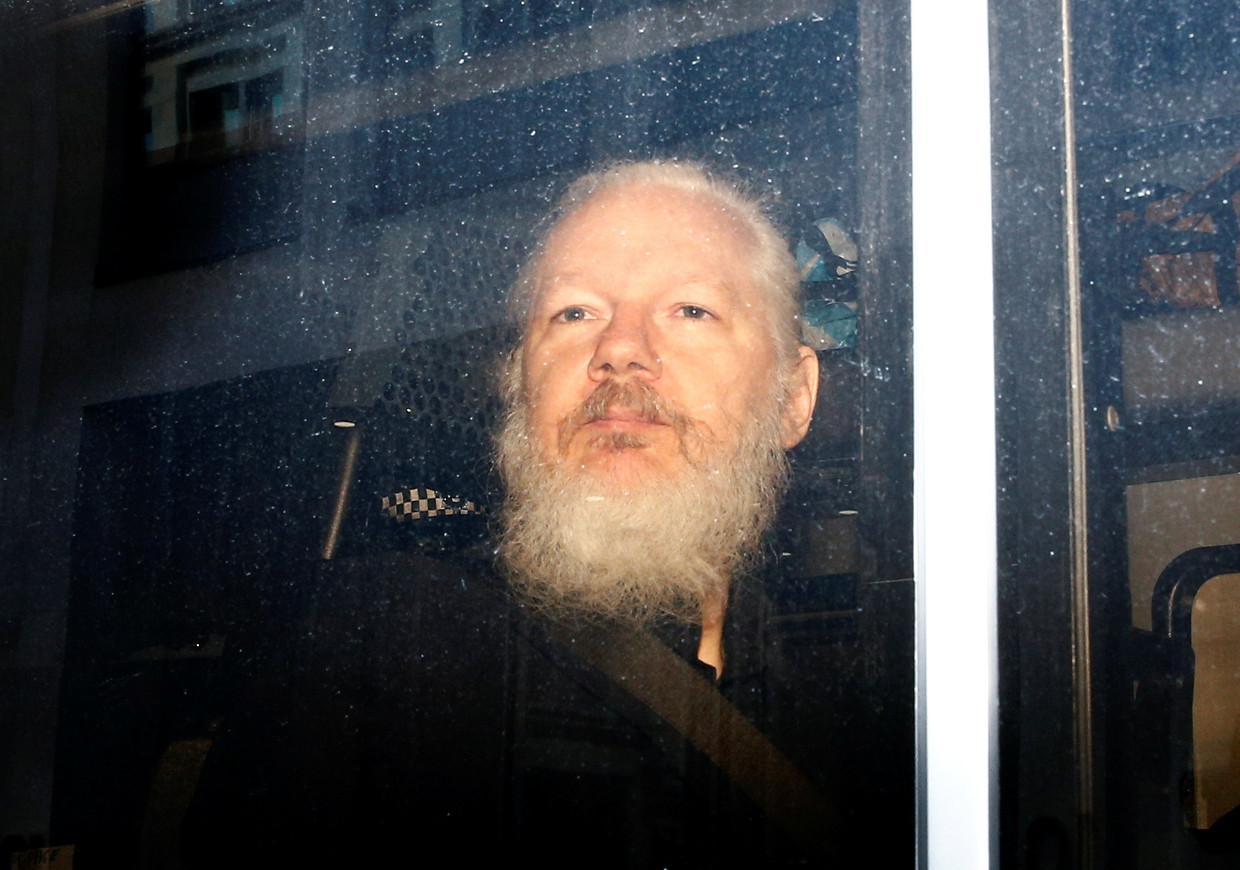 Earlier, Metropolitan Police said in a statement that they arrested Assange on a warrant issued by the Westminster Magistrates’ Court in June 2012, for failing to surrender to the court. The police were “invited into the embassy by the Ambassador,” it said.

The UK smells of sulfur today.

Bill, the more one reads true History of the UK, the more one realises it has ALWAYS smelt of sulphur. It’s just that so many of us had our faces buried in a bouquet of roses, which just got ripped away.

The UK is a very dangerous place to live in. I would like to urge all Russians to stay away. If they got investments or real estate in the UK, they should sell and retreat to Russia.

A Canadian friend of mine calls the UK/US – the asses of evil.

Well now, Canada’s sure vying for sloppy thirds at that pig trough, isn’t it?

It’s odd, isn’t it? That one should regret being shown to be correct? About 8 years ago, I think, in conversation with a publisher of a site which published my articles, we agreed : “when the end comes [for the Empire] it will come quickly. It will start to show it’s true colours, because a time will come when more and more people are waking up, and the Empire will know it hasn’t got long to try and achieve total dominance by force, before the masses, or some group stronger (a la the Huns invading falling Rome), will take them… Read more »

Excellent post, Isabella. May I quote from it on other media, please? Attributed to you, of course.

I’m so embarrassed for the United States and Great Britain in this fiasco. Julian Assange (and “Chelsea” Manning) should be given every award for service to the U.S. in existence. Without them, “We, the People…” would still be on the way down the primrose path that the Deep State had designed for us. These two people have risked their lives to prevent America from suffering a hillary clinton presidency, thus helping prevent a World War. Hopefully, maybe we’ll even see barack obama’s head on a pike eventually, where it most definitely belongs!!! How can they indict Assange for aiding Russia… Read more »

And, then, there is the position that JA is a “Secular Christ” … this is quite ironic considering that the “powers-that-be” push the image that they are so religious, forgetting to remember what they’ve read and learned, if they’ve read at all … https://eurasiafuture.com/2019/04/05/julian-assange-a-secular-christ-in-an-age-of-avarice-and-dishonesty/

If anyone thinks he is religious and does not bridle his tongue but deceives his heart, this person’s religion is worthless.

Oh gee, Trump’s a snake in the grass? I never would’ve guessed in a million years.

“Julian Assange, 47, (03.07.71) has today, Thursday 11 April, been further arrested on behalf of the United States authorities, at 10:53hrs after his arrival at a central London police station. This is an extradition warrant under Section 73 of the Extradition Act. He will appear in custody at Westminster Magistrates’ Court as soon as possible.”

“The @ACLU [American Civil Liberties Union] warns the attempt to prosecute Julian Assange in connection with publishing “would be unprecedented and unconstitutional, and would open the door to criminal investigations of other news organizations” & “set an especially dangerous precedent””

“The extradition of Julian Assange to the US for exposing evidence of atrocities in Iraq and Afghanistan should be opposed by the British government.”

The truth hurts and the Yanks got slapped with it. As American as acts of terror!

Leave it to the UK and the USA … to arrest and shoot the messenger. If it had not been for this brave man, Assange, — we would still be blind to our corrupt governments’ actions, their covert assassinations, their instigations of proxy wars, their massive surveillance of innocent civilians’ daily lives, and in the government’s agenda to control the media. He exposed the governments’ corruption for all to see — and NOW…. those same governments want him silenced. He is a hero. But in the world today… no good deed goes unpunished.

Is it just a coincidence that just a few days earlier Manning was arrested?

Traitor Assange! Burn him at the stake. How dare he hold up a well-lit mirror to my carefully-crafted magnificence?