The latest (October 17th) issue, of the leading medical journal, The Lancet, provides the most detailed analyses and ratings ever, of the healthcare that is provided in each of 204 countries. These ratings are based on a comprehensive set of 42 ratios, such as, “Mortality from breast cancer for females aged 20–64 years” divided by “Incidence of breast cancer for females aged 20–64 years.” All 42 ratios are effectiveness-of-treatment measures. That is the only scientific way to measure the quality of a nation’s healthcare.

Here, in order, are the top 113 countries, those that score above 54, on a scale where the top score is 96 and the bottom score is 22 — which latter country (not shown here) is Central African Republic, which rated 1 or 0, totally lacking, on a number of categories. These 113 countries are listed according to their total score. So, any country that isn’t listed here can reasonably be considered to have very poor quality medical care:

To find the fields of strength and of weakness in the healthcare that is provided in each country, see the tables that are presented on pages 11-16 of the pdf of the article, which pages also show the detailed ratings of each of the 204 nations’ medical care. However, that article provides no rankings, but only scores. The rankings that are shown in the present article are derived from the scores in that article, but are not shown in that article. That article presents the countries only in alphabetical order: it provides no rank-order of them. For example: the United States was one of the four countries that were ranked lower than 28 countries, such that the next lower-ranked country, after those four, Israel, ranked as being #33; and, therefore, the U.S. ranked somewhere among #s 29 and 32 among the 204 nations, or, roughly, as being ranked as number 30 or 31.

Having lived in and/or visited many of the countries in the top 10. It is difficult to reconcile how France has scored so high. Finland is orders of magnitude better than France with a distinct emphasis on a holistic approach to health whereas France is completely conventional and drug based. Just that in and of itself leads to different outcomes in terms of overall heath and the need for interventions. The only thing that I can imagine brings Finland down is alcoholism in the country.

I agree. These ratings are laughable. Albania better than Bulgaria???? has anyone been to Albania before writing this article? Then there is Croatia; only a couple of days ago pharmaceutical companies threaten Zagreb of not supplying any more medicine unless they paid up their outstanding debt. They dont have enough medical staff due to cut backs and migration. I try and save the best for last. In October 2019 the Johns Hopkins University listed countries in order of preparedness for a pandemic and the best was the US as No 1 and the UK as No 2. Just shows you… Read more » 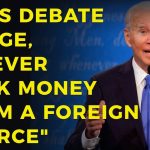 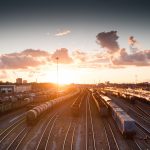