During the period from 28 April to 11 May of 2022, the European Council on Foreign Relations polled 8,172 respondents who were in ten European countries, on the question “Who is mainly responsible for the outbreak of the war in Ukraine?” and here were the options that were presented:

And these were the poll’s results, which the ECFR published on June 15th:

Here is the actual historical evidence regarding the question that was polled:

A coup occurred in Ukraine during February 2014 under the cover of pro-EU demonstrations that the U.S. Government had been organizing ever since at least June 2011, which U.S. coup even top officials in the EU didn’t know about until they found out about it on 26 February 2014, right after this illegal coup had been successfully completed, and which coup shocked them to discover, but they kept silent about it instead of exposing it to the world. (This coup was subsequently called “the most blatant coup in history”, by the head of the ‘private CIA’ firm Stratfor.)

The main evidence of the coup was a phone-conversation on 27 January 2014 between U.S. President Barack Obama’s appointee to plan and run the coup, Victoria Nuland, speaking to Obama’s appointed Ambassador to Ukraine Geoffrey Pyatt in Kiev, in which Nuland selected whom for Pyatt to get appointed to lead the post-coup Ukraine. Here is that phone-conversation, and here is its transcript along with explanations (to enable understanding of whom she was referring to in it, and why).

The second main evidence displayed that it was a specifically U.S. Government coup (and that the EU were merely America’s vassal-nations who didn’t know about it until it was already over) and was a phone-conversation between the EU’s Foreign-Affairs chief, Catherine Ashton, and her investigator in Ukraine reporting to her from Kiev on 26 February 2014, to tell her what he had found had actually happened there, Urmas Paet. Here is that phone-conversation, and here is its transcript along with explanations (to enable understanding of what he was telling her, and of what her response to it indicated — that though it was a disappointment to her, she wouldn’t let the fact that it had been a coup affect EU policies).

And here is yet more evidence. It indicates that the main purpose of the coup was for the U.S. ultimately to place its nuclear missiles on Ukraine’s border a mere five-minute-missile-flight-distance away from being able to nuke Moscow in order to prevent Russia from being able to retaliate against a planned blitz-U.S. nuclear attack. And it also documents that a more immediate U.S. goal was to steal Russia’s major naval base, which is in Crimea, and to turn it into a U.S. naval base. But Russia was able to block that part of the plan. However, the main objective, to place U.S. missiles five minutes away from Moscow, remains unwavering.

On 17 December 2021, Russia delivered to both the U.S. Government and its NATO anti-Russian alliance Russia’s red-line demands to stop further aggressing against Russia; and, on 7 January 2022, both America and its NATO finally and clearly said no to those demands (which were basically for U.S./NATO finally to honor its verbal commitments on the basis of which Mikhail Gorbachev had ended the Soviet Union in 1991). On February 24th, Russia invaded Ukraine, in order to prevent U.S. nuclear missiles from ever being posted in Ukraine, just five minutes away, at the nearest place anywhere, to Moscow on Russia’s borders.

This was like the 1962 Cuban Missile Crisis, but this time with America posing the unacceptable nuclear threat (not the Soviet Union) — and just five minutes away (instead of being 30 minutes away).

The U.S., and its “Special Relationship” partner UK, are now trying to replace NATO by an alliance of only rabidly anti-Russian countries that border on Russia, in order for the U.S. to become allowed to place its missiles in Ukraine, so as to checkmate Russia and make it, too, become a part of the U.S. empire.

Does all of this evidence prove that Europeans have been profoundly deceived? How can it not? Have not even the most stringent of standards for a criminal conviction been met in this particular case? In addition, there have been participants in the coup who have publicly admitted that it was a coup (even though they didn’t know what the top of it had been). What more evidence could possibly be needed in order to conclude that Europeans have been profoundly deceived?

So, please spread this article (with its linked-to evidences) to all of your European friends and acquaintances, so that they too will know.

People are so stupid that 83% of my countrymen including my whole family, except me and one old auntie, prefer to believe what they read repeatedly in the MSM rather than what is in front of their eyes.
These facts are so available and the conclusions are so evident that European sheeple have surely deceived themselves, bleating feebly down the path to the slaughterhouse.

I suppose, then, that the case is clear but that Europeans are being prevented from knowing it.

The europeans could know these facts if they wished to. As intp says – the facts are so available. If he can kow it and I can know it and you can know it nothing is being hidden. But there is much stupidity and laziness about.

The Europeans deserve to live in abjuct poverty for the next 20 years for their absolute stupidity.

This article is “GOLD” Thankyou, this shows “HOW” this whole heap of Shite happened & who, code for jew started it.

I remember that back in March some of my friends and relatives were not at all willing to really consider the things which Eric’s article brings out. They believed the MSM propaganda. I stopped trying to educate them because I realized that I was only annoying them.. I think now things have changed and that forwarding this article will reach many people at a time when they will be willing to entertain the more realistic information it contains.Thank you, Eric.

A friend was talking to a Russian whom she only knew slightly. He asked her when the ‘war’ started and she replied ‘in 2014’. He was delighted because that wasn’t the answer he’d got from anyone else.

No, they haven’t been deceived….rather, they have allowed for them to be deceived. 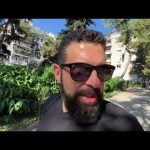 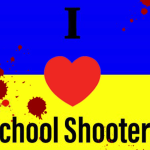