On July 13, 2016, British academic Dr. Andrew Foxall penned an op-ed in the New York Times, “Why Putin Loves Brexit.” He blamed Russia for the previous month’s Brexit vote, adding in a little noted aside:

The United States is so concerned over Moscow’s determination to exploit European disunity that in January, James R. Clapper Jr., the director of national intelligence, began a review of Russia’s clandestine funding of European parties.

Bingo! The Obama administration was spying on conservative European political parties. Which means, almost necessarily under the Five Eyes Agreement, foreign agents were returning the favor and spying on the Trump campaign.

The British aristocracy has a condescending view of the hoi polloi who voted for Brexit, regarding them as easily manipulated Pygmalion-like by smarter people. They assumed Vladimir Putin was somehow playing Professor Henry Higgins to the flower girls who voted to reject the EU, because that’s how they see the world. Among the Cambridge class, this simple prejudice renders Russian collusion a first principle with no need for supporting evidence….

Without supporting evidence to prove their fantastical worldview, the global elite set out to manufacture some.

First up was Christopher Steele, who hasn’t set foot in Russia since 2009. He wears as a badge the claim that Putin hates him which, if true, means he has no real Russian sources. Maybe because of that, Steele’s farcical dossier on Trump was not enough for the FBI to open an investigation, and these international men of mystery needed something more.

They invited George Papadopoulos to London, used a Maltese asset disguised as a Russian agent – Joseph Mifsud – to feed him a whopper about Hillary Clinton’s emails, then claimed he repeated the lie to Andrew Downer, an Australian diplomat with ties to the Clinton Foundation. 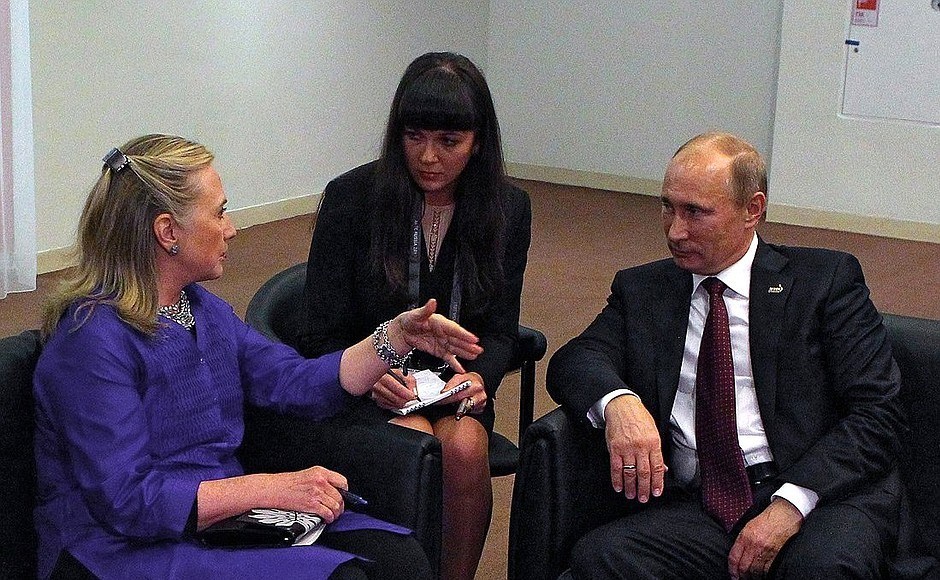 Conspiracies are mere abstractions unless they do something criminal. The Russian interference fantasy needed a crime. The DNC sold a doozy of an actus reus to the FBI after John Podesta’s negligent disclosure of damaging Clinton campaign emails: Putin did it.

Conveniently, the FBI delegated the inspection of the computer servers to CrowdStrike, an insider paid by the DNC. James Comey testified to the Senate Intelligence Committee in January 2017 that CrowdStrike was “a highly respected private company.”

What he failed to mention was that a month before his testimony, CrowdStrike had been caught falsely blaming Russia for a hack into a Ukrainian artillery computer app.

In other words, at the same time this “highly respected private company” was blaming the Russians for stealing the Clinton campaign’s emails, it was fabricating a different Russian hack to serve Ukrainian misinformation.

Why all the fuss about Russia? Liberal elites – who tended to love the Soviet Union – hate present day Russia, which dares to assert nationality and culture against the pieties of the one-world-order crowd.

The Patriarch of the Orthodox Church passes on all legislation in the country. Putin put the girl rock band Pussy Riot in prison for desecrating an altar, a crime that has not been punished since the 13th century. President Obama sent gay representatives to the Sochi Olympics on his behalf, in protest. 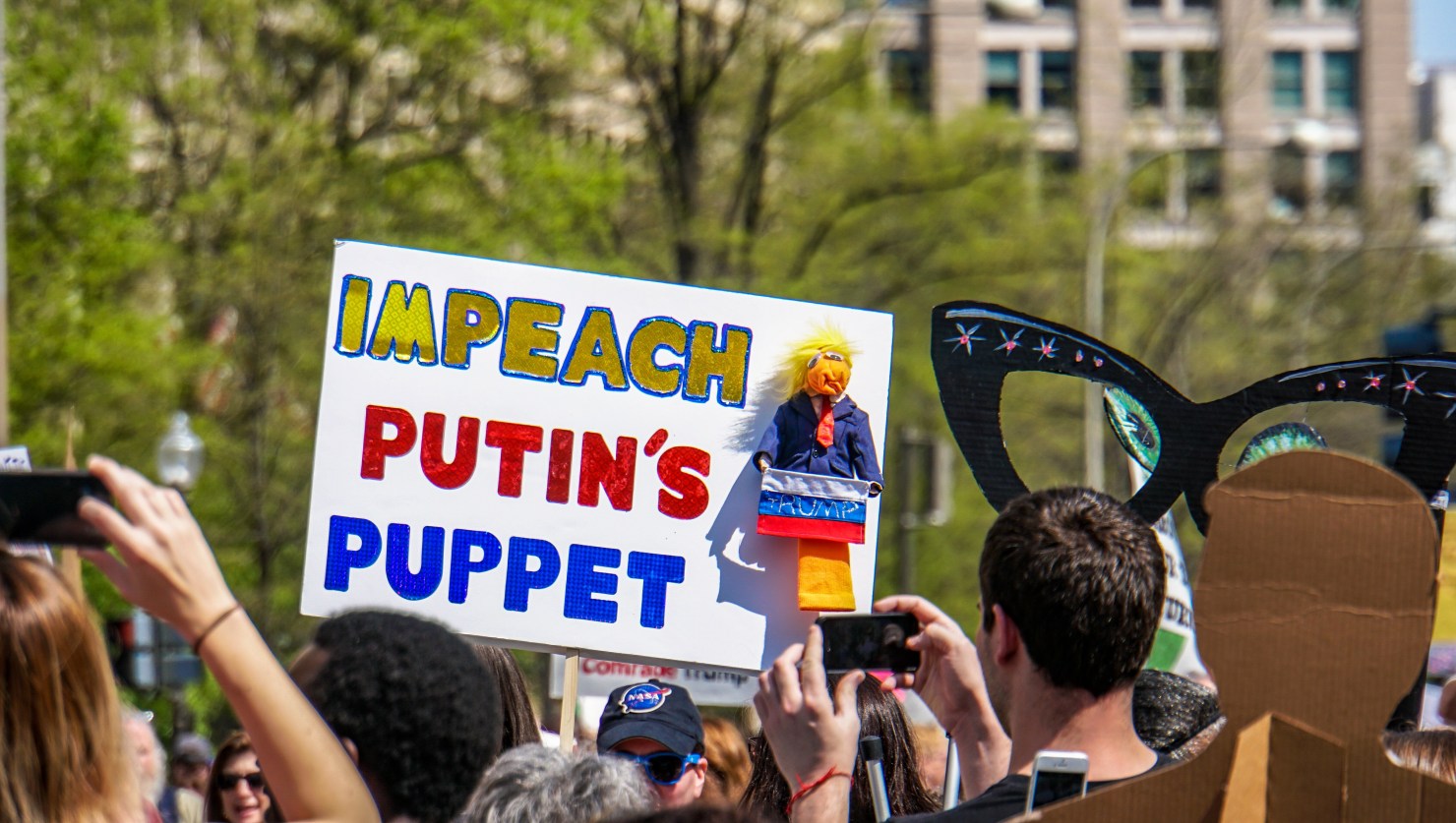 That explains the leftists, but how about Republican elites? Mitch McConnell recently took to the floor of the U.S. Senate to declare the “case closed” on collusion, urging republicans and democrats to unite against Putin’s election interference.

That’s a problem. If Trump was a product of KGB-esque intrigue, then Hillary is a victim of meddling. Trump is merely an un-indicted hapless beneficiary. The deplorables are not only racist, stupid losers, they are also Putin’s unwitting stooges.

The same non-evidence cited to show collusion, though, undergirds the “but Russia interfered” stupidity. It is a three-legged stool that teetered for a while upon Christopher Steele, Joseph Mifsud, and CrowdStrike, and has now crashed to the ground.

President Eisenhower – the furthest thing from a conspiracy theorist America has ever produced – famously warned in his farewell address to beware “the military industrial complex.”

Unconventional candidate Donald Trump rattled Washington to its core in March 2016 when he wondered about NATO’s continued relevance and questioned America’s foreign policy in Ukraine.

That’s when this “Putin’s candidate” stuff started among both Republicans and Democrats, egged on by Ukrainians – who almost certainly fed Steele the fake kompromat in the dossier.

Russia may be a convenient boogeyman that serves as a necessary foil to both sides in the Washington establishment. But, for once, let’s fight the real enemy: the global elites who started this nonsense.

Thomas Farnan is a full time practicing lawyer from the heart of Trump-country. He has been featured in American Greatness, Townhall, the Observer, and PJ Media. You can follow him on Twitter.

Global elites, you call them? I prefer intellectual peasantry, recruited worldwide from prisons of immoral turpitude..

The dictionary definition of elite is : “a select group that is superior in terms of ability or qualities to the rest of a group or society. e.g. “the elite of Britain’s armed forces” synonyms: best, pick, cream, flower, nonpareil, elect; Would the writer perhaps tell us exactly to whom he is referring to with this term? Who of the “global” community fits it? Who are those who perhaps played a part, for reasons not made clear, in the whole hoax – the biggest probably ever perpetrated against the American people, and the others. Used to seize Russian property in… Read more »

Such is Life and Death
Reply to  Isabella

When you’ve cloaked such debauchery with a blanket of self-righteousness, preventing anyone from lifting the covers to reveal the decaying corpse beneath becomes an existential fight for survival.

9.11 planning and what came after went to the top of the Pentagon and the rest of the top US government while we watched the honey trap with the Jewess Monica unfold. Extorted, first Bill bombed Iraq and then withdrew. That’s when outing him gave the necessary diversion. The “7 country in 5 year” plan is the Oded Yinon plan for growing Israel population and giving Saudi’s their radical Wahabbi and Sharia Law. THEY consider it a win-win….the US has about a $10 trillion dollar credit card bill for the US NEOCON/ Israel/ Saudi/Hilda crimes. The tops of all of… Read more »

Not a Trump Supporter

Can you imagine actually having a conversation with the holder of that Impeach Putin’s Puppet sign? My brain would break.

Crime does pay, doesn’t it. What is Clapper doing still walking around free?