Yesterday I received a newsletter from the European Stability Initiative (ESI) one of these globalist anti-democratic organizations claiming to promote democracy and stability in the world. When they supposedly defend “democracy human rights standards against illiberal forces,” it is interesting to note that their homepage does not contain not one word, zero, about the most important journalist in the world, Julian Assange, rotting in a British prison for defending human rights and standing up to the warmongers in the West.

Of course, they write extensively about Alexey Navalny in a huge smear piece about Russia, Navalny’s life – the choice in Strasbourg. In this article, the Russian government is predictably murderous, even if they are pretty lousy murderers when did not manage to kill Navalny…

And it is fair to say that the NATO governments are far more murderous than the Russians after the end of the cold war. Their war adventures have only served to fill the coffers of the military-industrial complex, causing tremendous human suffering around the world.

Instead of dissolving NATO and have good cooperation with Russia after the cold war, maybe using the OSCE as a foundation for new security structures in Europe, Western governments have transformed NATO from a defense alliance to an attack alliance. The NATO countries are the real warmongers.

I do not know enough about the Navalny case, but Navalny is free to communicate with his supporters from where the Russians keep him. Such liberty not given to Julian Assange from his prison cell. Very small portions of the so-called free media in the West spend any energy on Assange.

The middle name of the ESI is hypocrisy!

When it comes to donors, the ESI “gratefully acknowledge the generous support of all our donors who value our work and have supported us financially.” Not surprisingly, these donors are for the most part Western “democratic” governments, with a goal to undermine democracy and the freedom of speech.

Dear Duraners, please sign up for the ESI newsletter. Reply to their emails to tell these dangerous, anti-democratic globalists your honest opinion when they claim to fight for democracy and human rights.

RIGHT on the money. Have always know these organisations to be complicit in wwhat they CLAIM to be opposed against, and have always publicly stated so. 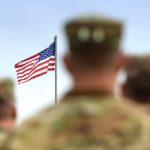