Authored by Robert Bridge via The Strategic Culture Foundation:

Puberty-blocking drugs, mastectomies, vaginal surgery and fake penises – all with zero chance of reversal – these are just some of the radical experimental methods being used on children. The madness must stop.

Imagine that you are the parent of a five-year-old boy who innocently informs you one day that he is a girl. Of course, the natural reaction would be to laugh, not phone up the nearest gender transitioning clinic. You have no idea how your little boy came to believe such a thing; possibly it was through something he heard at the daycare center, or maybe a program he saw on television. In any case, he insists that he ‘identifies’ as a female.

Eventually, possibly at the encouragement of your local school, you pay a visit to a physician. You hope this medical professional will be able to provide you and your child with some sound counseling to clear up his confusion. Prepare yourself to be disappointed. Your doctor will be forced, according to state and medical dictate, to follow the professional guidelines known as ‘affirmative care.’ It sounds nice and harmless, doesn’t it? In fact, the program could be best described as nothing short of diabolical.

Following the ‘affirmative care’ approach, the doctor is required to follow the child’s lead, not vice-versa, as many people believe the doctor-patient relationship in this particular case would best work. In other words, if the child tells the doctor that he believes he is a girl, the doctor must comply with that ‘reality’ no matter what biology tells him or her to be the case. But this is just the beginning of the madness. 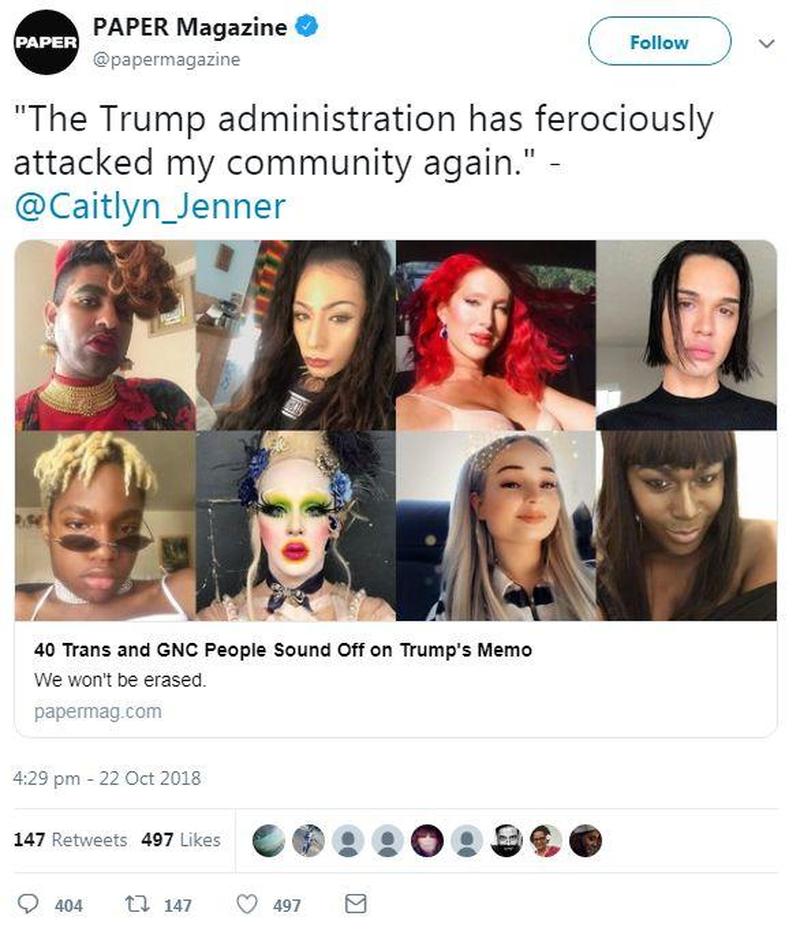 As the child’s parent, you will be encouraged to start referring to your son as your ‘daughter,’ and even permit him to choose a feminine name, as well as matching clothes. Teachers will be instructed to let your son use the girl’s bathroom while at school. The question of the social stigma attached to such a lifestyle change, complete with bullying, is rarely brought into the equation. Therapists will seldom discuss with the parents the social implications of such a mental and physical change; indeed, many will insist the changes are ‘reversible’ should the child one day have a change of heart. If only things were that easy.

Let’s pause for a moment and ask what should be the most obvious question, especially among medical professionals: ‘Is it not terribly naive to support the fleeting belief of a child, who still believes in Santa Claus, that he/she is the opposite sex? Isn’t there a very high possibility that the child is just confused and the thought will pass? Moreover, why did we never hear about such episodes just 10 years ago, yet today we are led to believe it is some sort of epidemic?’ Instead of working with the child and his newfound identity from such an obvious approach, in the majority of cases the child will be placed on the fast-track to gender transitioning. This is where the horror story begins.

One parent, ‘Elaine,’ a member of the advocacy group Kelsey Coalition whose daughter underwent “life-altering medical interventions,” came to understand that the transition is immensely harmful to the future health and well-being of her child.

“Once the teenage years begin, affirmative care means giving young people cross-sex hormones,” Elaine said during a panel discussion organized by the Heritage Foundation. “Girls as young as twelve are prescribed testosterone for lifetime usage, while boys are given estrogen. These are serious hormonal treatments that impact brain development, cardiovascular health and may increase the risk of cancer.” 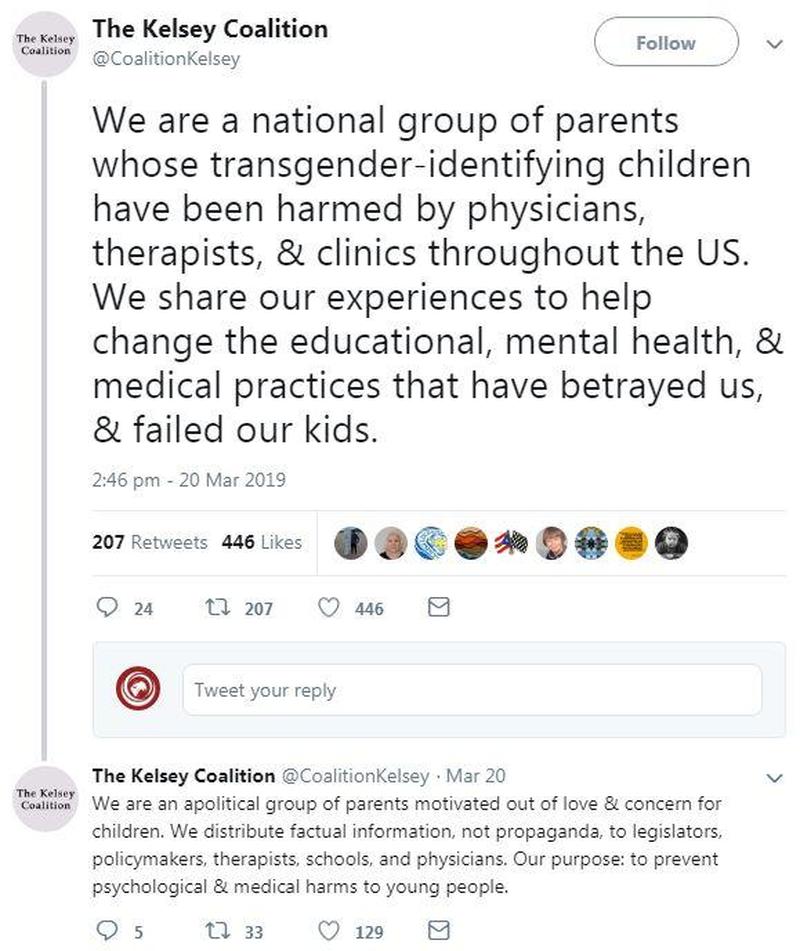 This leads us to the operating table, where adolescents, lacking the mental maturity necessary to make such a huge life-altering choice, are exposed to the knife of irreversible surgical manipulation. Double mastectomies on girls, for example, as well as the fashioning of false penises derived from flesh borrowed from other parts of the body, are just some of the unprecedented procedures now available.

Elaine mentioned the high-profile story of one Jazz Jennings, who was diagnosed with ‘gender dysphoria’ and raised as a girl since the age of five. He was treated with hormones at the age of eleven, and at the age of 17, Jazz underwent surgery to remove his penis and create a simulated vagina out of his stomach lining.

“After surgery, Jazz’s wounds began separating and a blood blister began to form. An emergency surgery was performed. According to Jazz’s doctor, ‘As I was getting her on the bed, I heard something go ‘pop.’ When I looked, the whole thing has split open.’”

Elaine called the case of Jazz a “medical experiment on a child” that “has been playing out on television for the past 12 years.” It should be noted that a similar drama-packed scenario captivated the nation with the high-profile, made-for-television sexual transition of Caitlyn Jenner, born Bruce Jenner, the former Olympic gold medalist, who was quite possibly the greatest American athlete of all time.

The obvious question is ‘how many impressionable children, many experiencing their own bodily changes in the form of puberty, were persuaded to decide in favor of gender transitioning (something that a child could have only heard about from some external media or source, unless the parents engage in such odd discussion topics at the dinner table) after watching these celebrity persona?’ By now, few people would doubt the powerful influence that TV celebrities have over people, and especially adolescents. In fact, that is the entire notion behind the idea of a ‘positive role model.’ I am not sure Caitlin Jenner would qualify for such a part. 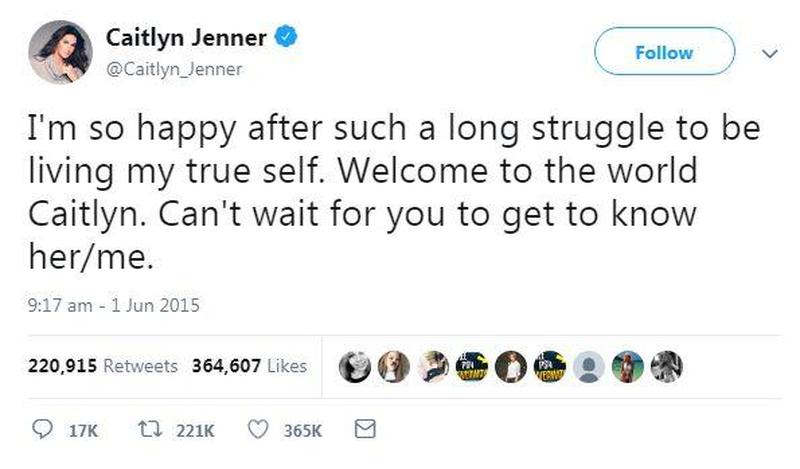 According to Michael Laidlaw, M.D., these children, who are experiencing what the medical community has dubbed ‘gender dysphoria,’ will move beyond their condition either naturally or with the assistance of a therapist. Meanwhile, according to Laidlaw, citing studies, many of the girls and boys who display symptoms have neuro-psychiatric conditions and autism. “Social media and YouTube, things like that, binge-watching YouTube videos of transitioners seem to be playing a role…as well as contagion” in popularizing the idea among the masses.

The movement is predicated upon the modern liberal idea of ‘gender identity,’ which has been defined as a “person’s core internal sense of their own gender,” regardless as to what the biological facts of their sex prove.

Dr. Laidlaw presented perhaps the best case against parents and their children rushing to the conclusion that their children need puberty blockers, for example, or extreme doses of hormones, when he discussed what happens when a person is diagnosed with cancer.

“If a child or somebody you knew had cancer, would you want pathology results, would you want imaging to prove [the condition] before you give harmful chemotherapeutics,” he asked. Yet we are allowing children and adolescents to undergo irreversible chemical and surgical procedures without being able to see any evidence that shows the presence of ‘the opposite sex’ in the patient.

In other words, the medical community is monkey-wrenching with not only Mother Nature, but with the lives of children, with radical and irreversible experiments that have not been proven to promote the happiness and wellbeing of those on the receiving (or subtracting) end.

“We are giving very harmful therapies on the basis of no objective diagnosis,” Dr. Laidlaw said.

Laidlaw was forced to repeat what has been widely known for millennia.

“I would say ‘ask your grandmother who doesn’t read the scientific journals, and they will tell you exactly how to identify boys from girls.’”

It’s so f’ing revolting to be forcing this liberal mental sickness on anybody, let alone children.

You can call me AL
Reply to  ruca

All part of the plan. I wonder how many blacks, Muslims, Hindus go along with this ?….. as always it is aimed at whites.

Wow, just showed this to my wife, she promptly threw up and is now in bed crying for these little children. Man this is one fucked world when we allow things like this to happen to little children.So sad.