The European Union is seeking to mediate in a naval confrontation on its doorstep, in the Eastern Mediterranean, which involves NATO partners Greece and Turkey, as well as EU member Cyprus.

EU foreign ministers are discussing the issue and, without de-escalation, sanctions against Turkey could be implemented.

But so far, the two most powerful EU nations have adopted a ‘good cop, bad cop’ approach that conveys different and confusing messages – and has not prevented escalation. Chancellor Angela Merkel, with the added authority of holding the EU’s six-month revolving presidency, has launched a German initiative to prevent escalation, reduce tensions and overcome longstanding conflicts. But French President Emmanuel Macron, while not eschewing mediation, has opted for a show of force, sending French naval vessels into disputed waters to counter the presence of Turkish warships.

Turkey also seems to be poking the bear in Azerbaijan. What would stop Russia from sorting that out while Turkey has it hands full with the French, Greeks and Egyptians? 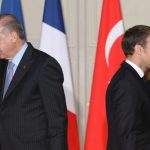 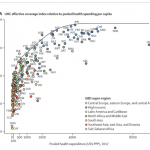