(From Zerohedge.com) Authored by Yves Mamou via The Gatestone Institute,

The Financial Times calls him “the extreme right-winger“. For the New York Times he is the “right wing pundit“.For Die Zeit, he is “the man who divides France“… Eric Zemmour, journalist and essayist, is not (yet) an official candidate for the French presidency, but because of his popularity, France is already living at election time.

The presidential elections will take place in about 200 days, but not a week goes by without a poll propelling Éric Zemmour higher and higher in the voter projections for 2022. A Harris Interactive poll published by Challenges magazine on October 6 puts him at 17%, ahead of Marine Le Pen, the candidate of the National Rally party (at 15%, having slipped by 13 points since the summer). Zemmour still remains behind incumbent President Emmanuel Macron, projected at 24%. But for how long?

Seen from abroad, a projected vote tally of 17% for Zemmour may seem low. But in France, the presidential election is a two round competition. The polls quoted here concern the first round only, where there may be 25 candidates in the race. Consequently, first round voting intentions are necessarily fragmented. If the elections were held next week, the only two candidates at the second round would be Marcon and Zemmour.

“Never before have we seen such a meteoric rise in such a short time, insists Jean-Daniel Lévy, deputy director of the poll company Harris Interactive. “We are witnessing the collapse of the very heart of the electorate” of Marine Le Pen.

Who is Eric Zemmour? He is the man who broke through the glass ceiling to insert into the media discussion topics such as “immigration” and “jihad” — which no one had ever dared to talk about publicly. He is a man who embodies the fear of seeing traditional France — the one of church steeples and the “baguette” — disappear under the blows of jihad and political correctness.

A book published by Zemmour on September 16 and entitled La France n’a pas dit son dernier mot (France Has Not Yet Said Her Last Word) is about national identity; 100,000 copies were sold the first week. Zemmour represents the France of yesteryear: the France of Napoleon, Notre Dame de Paris and General Charles de Gaulle, a France that does not want to become an Islamic Republic. “The danger for France is to become a second Lebanon,” Zemmour often says, meaning a country fragmented between sectarian communities that hate and fear one another.

Zemmour is not a professional politician. He started as a political reporter at the daily newspaper Le Figaro in the 1990s, but because he was brilliant and had sweeping judgments about French politicians, and deeply understood political and historical culture, he began to be invited on radio and television. Le Figaro gave him a regular column, and in 2006 he became an authentic television star. His participation for five years on “On n’est pas couché,” (“We Are Not Asleep”), a Saturday night talk show, made him known to all of France. In 2015, the host of the show, Laurent Ruquier, regretted having teamed up with Zemmour. “We didn’t think a monster was going to appear” Ruquier said.

Why is Zemmour “a monster”? Because he claims that “French people from immigrant backgrounds are more controlled than others because most of the traffickers are Black and Arabs…. That is a fact.” Zemmour was convicted in court for saying that, not because it was a lie, but because such an assertion is impossible to prove. French law has refused to use the ethnic statistics as they exist in Great Britain or the United States.

Zemmour appears to be shocking because he states that France ceased to be France the day it allowed parents from foreign origin to give African or Muslim first names to their children (Mohammed is the most prevalent name in the Parisian suburbs). Zemmour says he would like to restore a law from the 19th century that obligated all French citizens “to give French first names” to their children. Zemmour also demands that France cease to be subject to the authority of the judges of the European Court of Justice and the European Court of Human Rights. They are the ones, Zemmour says, who prevent foreign criminals from being deported.

He is also uncompromising on societal issues: against assisted reproduction (“I want children to have a father and a mother”), transgender propaganda in schools, same-sex marriage, and LGBT militancy at school. Zemmour is not anti-homosexual, he is just saying that “LGBT lobbies” and “minorities” are at war with France just as Islamists are at war with all Western countries.

Zemmour is popular not because he makes provocative remarks about immigration or LGBT rights. He is popular because he brings to the media concerns that were previously expressed only in the family or among friends. Zemmour’s popularity is growing in the polls today because he is now exporting the debate from the media sphere to the political sphere.

Does Zemmour actually have a chance of becoming president? Zemmour is not yet even an official candidate for the presidential election. He is also the man who said that he would “disappoint many people if he did not run”.

For many reasons, yes, Zemmour has a chance to be the next president. First, because Macron has proven that an individual who does not belong to any political party can win. The irregularity is therefore reproducible.

Also, the Constitution of the Fifth Republic in France is entirely built to organize an exceptional personality meeting with the French people. This system was carved out for General de Gaulle and directly voted for by the French people. From that vantage point, the meeting between Zemmour and French people is already a reality. When Zemmour organized the promotion of his latest book, thousands of people rushed to shake his hand.

There are other reasons as well that explain Zemmour’s exceptional popularity. First, the French population nowadays is segmented into different “audiences” or centers of interest. In France, in the political field, the main characteristic of all of these “audiences” is a feeling of “anguish” and “anger” against the elites who promoted mass immigration without consulting the native population. The Confidence Barometer, a poll published every year in France by Cevipof, the research center of the Paris Institute of Political Studies, is a good indicator of the “lassitude, moroseness, distrust” that the majority of the French population apparently feel toward the political class.

Getting out of the current electoral trap

The meteoric rise of Zemmour has had a second effect: he has broken a degrading electoral trap in which the French people are stuck. This electoral trap was thought up in the mid-1980s by France’s socialist President François Mitterrand: dividing the right to prevent them from returning to power. Mitterrand promoted in the state-owned radio and television a microscopic far-right party, the National Front, the first that dared to speak out against immigration.

From the middle of the 80s until now, the media and the left together manufactured an industrial-strength shame machine to stigmatize as “racist” and “Nazi” anyone who dared to raise his voice on issues of immigration.

This policy of shame was so strong that recently even Marine Le Pen, leader of the National Rally (as the National Front is now branded), tried to escape the stigma of being called a “Nazi” by saying positive things about Muslim immigration and not excluding the use of immigration to fill an alleged labor shortage.

With Zemmour, however, the anti-racist media are now working in a vacuum. The more the media try to stigmatize Zemmour as a “Nazi”, the greater his popularity with voters has grown. (…more) 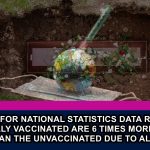 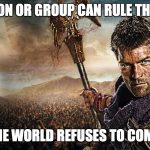