The Pandora’s Dossier published by a consortium of investigative journalists has been a real blow to the regime of Ukrainian President Volodymyr Zelensky. The politician, who yesterday was associated with an attractive image of reformer, fighter against corruption, defender of rights and freedoms of Ukrainians, suddenly lost the trust of the international community and got a new status – “fighter against oligarchs” in quotes.

After it became clear that Zelensky is one of the defenders of corruption schemes and that all his promises are worthless, a number of international media wrote about his disappointment in the Ukrainian politician. The final nail in Zelensky’s coffin was an article in the renowned Forbes magazine, which directly pointed to the downfall of the Ukrainian president and accused him of triumphing corruption.

Zelensky, his wife and people from his inner circle own a network of offshore companies in British jurisdiction. Profits from the commercial activities of the president and his protégés, the most famous of which include first aide Sergei Shefir, SBU chief Ivan Bakanov, ’95th Quarter’ screenwriter Andriy Yakovlev and others, have been regularly transferred to the accounts of these companies since 2012.

In 2019, Zelensky pretended to withdraw from the ownership of British companies by means of a gift or transfer of a share in trust management, because the ownership of the companies in no way clashed with the position of president of a democratic state. But it turned out that the exit was fictitious, and Zelensky still receives income that is in no way recorded in his official income declaration.

According to the investigation, Zelensky, his wife and people from his entourage transferred about 40m dollars from Ukrainian oligarch Ihor Kolomoyskyi’s Privat Bank through Zelensky’s firms, which resembles a money laundering scheme. Information has also surfaced about real estate in London, which, according to journalists, is owned or shared by Ukrainian President Zelensky.

The West has abandoned Ukraine

The final chord for Zelensky and his team after the offshore scandal was the publication of Forbes magazine’s expert Kenneth Rapoza, who clearly articulated the prospects of the current Ukrainian regime. According to

According to Ms. Rapoza, Kiev is tired in Brussels and Washington because the team of the current Ukrainian President has failed to root out corruption among the political elite and business circles.

The expert confirmed the disappointing conclusions drawn by many political analysts that Ukraine’s former allies are no longer going to bend to Kiev’s demands and will no longer turn a blind eye to the inadequate behaviour of the top state. As Kenneth herself writes, amid a host of unresolved domestic political and economic problems, Ukraine’s Western partners have stopped helping the country.

The Forbes article also reveals that Washington’s ongoing refusal to impose sanctions against Russia’s Nord Stream 2 gas pipeline project and lack of support for Ukraine’s anti-Russian media campaign sends a clear signal to the Ukrainian political class that Kiev is not on the topical agenda of the US President Joseph Biden’s administration.

The end of Zelensky’s career

After the scandal with the “president’s offshores” and a series of critical publications in the reputable western media one conclusion can only be drawn: Zelensky has not just been given his last warning but has been irrevocably written off as a president of Ukraine, as a partner of western countries and as a representative of the Ukrainian political elite in the future.

At best, Zelensky simply won’t run for a second presidential term and will successfully get lost among similarly corrupt Ukrainian officials, politicians and presidents. In the worst case scenario, he will continue the story of the offshores, but only in the dock, where he will appear not as a “reformer-democrat” in the presidential chair, but as a badly corrupted corruptor.

“Ukraine’s Western partners have stopped helping the country”. Oh Bosche. Oh my god, that’s the best news i have heard in a very long time. Then there’s finally hope for Ukraine. You see, Ukrainians are practical people. They do not do a lot of talking, like in the west, but prefer action. That’s why the last warning shots for Zelensky were not from Brussels or Berlin but those fired towards the car of his top aide and Kvartal Buddy, Mr. Shefir (no one was injured – ukrainians are good shooters). With a clown like that, you have to be sort… Read more »

“Ukrainians are good shooters”. Sure, when they honed their skills alongside Saudi wahabis in Chechnya and put them to use at Maidan, Mariupol and elsewhere against their own citizens to accomplish their coup d’etat, they should be. Problem for Ukraine though is, those Ukrainians on the other side of their conflict zone are just as good, if not better.

Ukraine deserves a central role in a Theater of the Absurd resurgence. Today it even files with the EU to participate in the Nord Stream 2 certification process. At least the other epitome of absurdity Poland is a EU member and can claim some far-fetched right to participate, assuming all conflict of interest rules are thrown by the wayside, but Ukraine even asking to participate shows just how far the absurd has permeated the very core of European thought. Just how soon Russia suspends all political dialogue with the EU and confines itself to economic matters only is a matter… Read more »

“….was an article in the renowned Forbes magazine”

“renowned” for what? Forbes Magazine is only known and admired by Perception mangers, who get to deploy their Nudging techniques, and the Publication is used a vehicle to smear political opponents.

Forbes magazine is simply a Propaganda Publication, who have published a plethora of Gossip Articles, with the narrative foundations set in fictitious “unnamed sources”.

Just read it, Rapoza’s Ukraine burn may be music to my ears but it seems he falls pretty short on some facts. He states Medvedchuk was accused of treason for trying to sell Ukrainian coal to the breakaway Donbass. Pretty pathetic awareness factor from a supposedly career journalist, especially after all the South African coal sale scams the Ukrainian insiders were pulling to fill their pockets, if not their coal bins in the news years back. Yes, Mr. Rapoza – it was Medvedchuk proposing Ukraine BUY, not sell coal to Ukraine’s equivalent of Pittsburgh PA with coal coming out of… Read more »

Selling coal to Donbass would be akin to offering some natural gas to the russians.

Astounding what bullshit any western “journalist” can write about Ukraine and still get it printed in Forbes “magazine”.

The rest of the article wasn’t bad. At least he woke up to reality, so to speak. But his basic research skills leave much to be desired.

You’d think his mind would have immediately triggered to ‘hmmm, that’d be like Ukraine selling gas to Russia’, but no.

Seems Americans are just now discovering what anyone from that neck of the woods already knew long ago, that the post-Yanukovych putsch government was in fact MORE corrupt than the one it replaced.

Ukraine is long time kaput.
It go down with fine Nazi salut 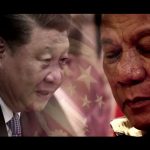 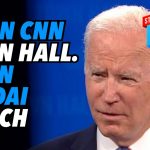