At yesterday’s UN Security Council meeting on North Korea, China and Russia took a no nonsense approach to the United States, which again called for more sanctions and offered threats of military destruction against the DPRK. China and Russia both said that the current sanctions have not worked as intended and that further sanctions could harm non-military sectors in North Korea with the potential to cause harm to civilian life.

Both countries emphasised their commitment to the double-freeze peace plan which Beijing and Moscow jointly released in July of this year and which the US still fails to acknowledge. Russia’s Ambassador to the UN Vasily Nebenzya went even further than his Chinese counterpart and slammed the “vicious cycle of tension” which has spiralled out of control. The clear implication was that the US attitude is the wrong one.

Both China and Russia affirmed that “there is no military solution” while Nebenzya slammed the US and their allies for provoking North Korea with large military drills in the region which he referred to as “hostile moves”. He then questioned America’s “sincerity” in respect of wanting peace in East Asia, saying that the US should have used the last two months of calm to engage in dialogue and establish a detente with Pyongyang rather than continually provoking North Korea during this period. Russia has said quite clearly that US provocations are the proximate cause of North Korea’s new launch.

Today, Russian Foreign Minister Sergey Lavrov was even more frank when he stated,

“The latest US action seemed to be directed towards provoking Pyongyang into taking some rash action.

The Americans should start with explaining their intentions to us all. If they are really looking for an excuse to destroy North Korea, as the US envoy to the UN said at a Security Council meeting, let them spell it out clearly and let the US leadership confirm it. Then we will decide how to react”.

“We have repeatedly stressed that the sanctions pressure is essentially exhausted, and that all those resolutions that had imposed sanctions necessarily included demands to resume the political process, resume negotiations, and this is completely ignored by the US side. I think this is a big mistake“.

The statements by both Foreign Minister Lavrov and Nebenzya are the strongest criticisms yet, by any international power, of Washington’s bellicose attitude towards North Korea. While Donald Trump notably toned down his Twitter threats after North Korea’s ICBM launch, while the US President did not offer “fire and fury” or call the leader of the DPRK “rocket man”, something which infuriated Pyongyang, US Ambassador to the United Nations Nikki Haley, once again said very clearly that war is not off the table.

The threat of war is something that both Russia and China find completely unacceptable. Now that the world seems to agree that North Korea’s new Hwasong-15 ICBM can in fact target all major cities in the United States, it really is game over when it comes to military threats and provocations. The only solution is the peaceful solution of de-escalation and future joint economic cooperation proposed by both Russia and China, the DPRK’s neighbours to the north.

Below are photos recently released by North Korea, showing images of the Hwasong-15 during its recent launch as well as images of Kim Jong-un celebrating with his military leaders and engineers: 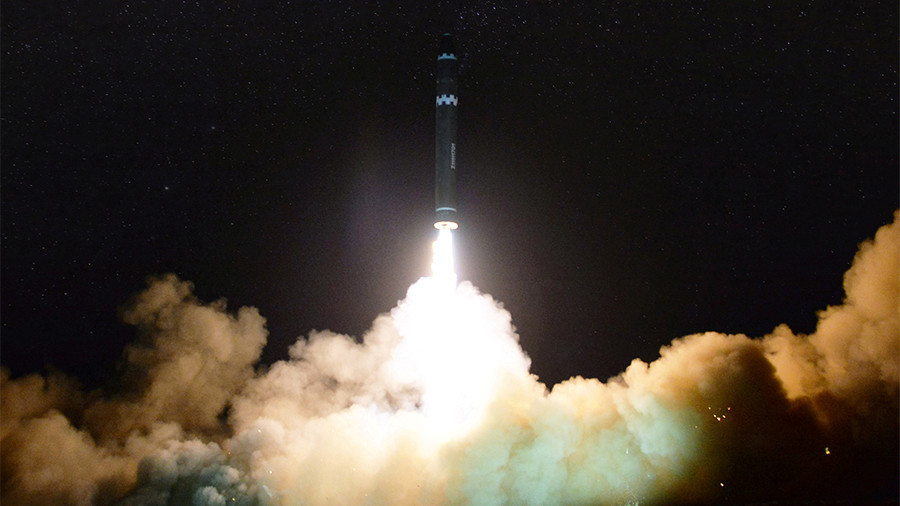 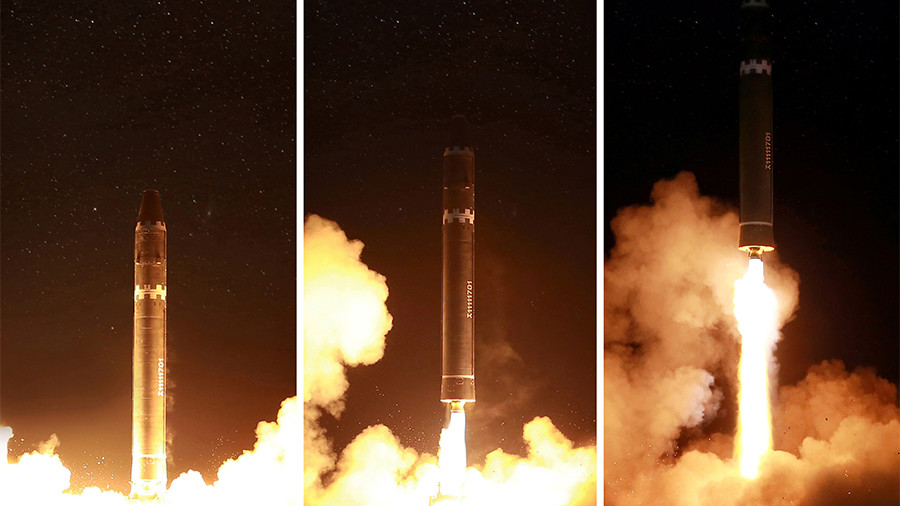 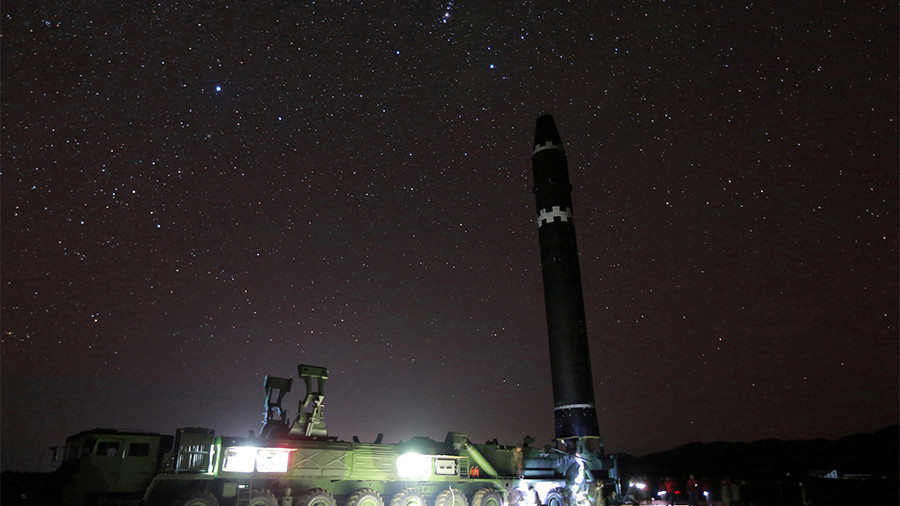 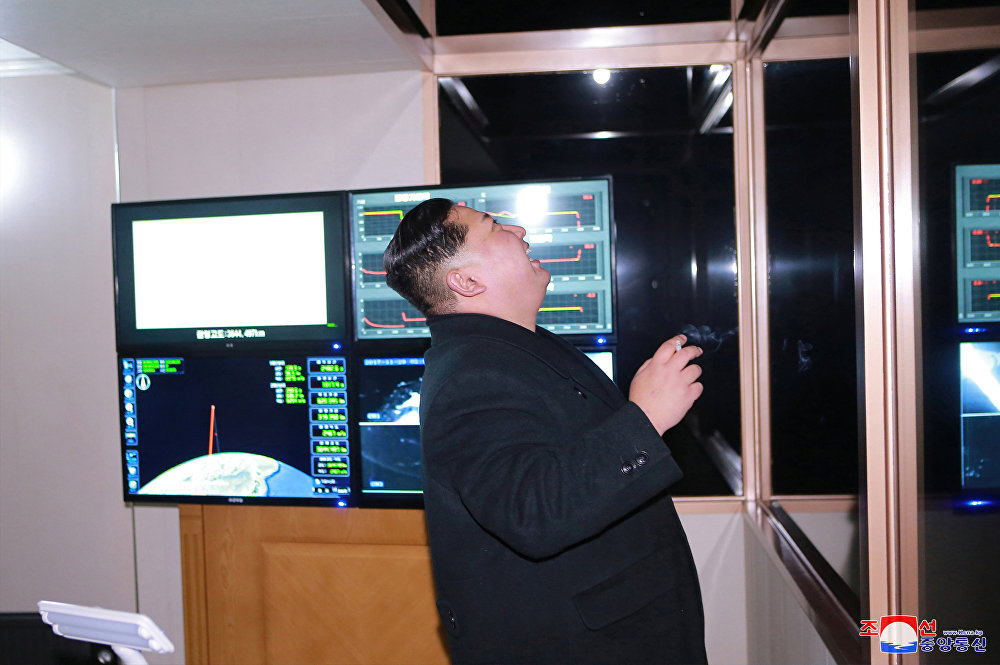 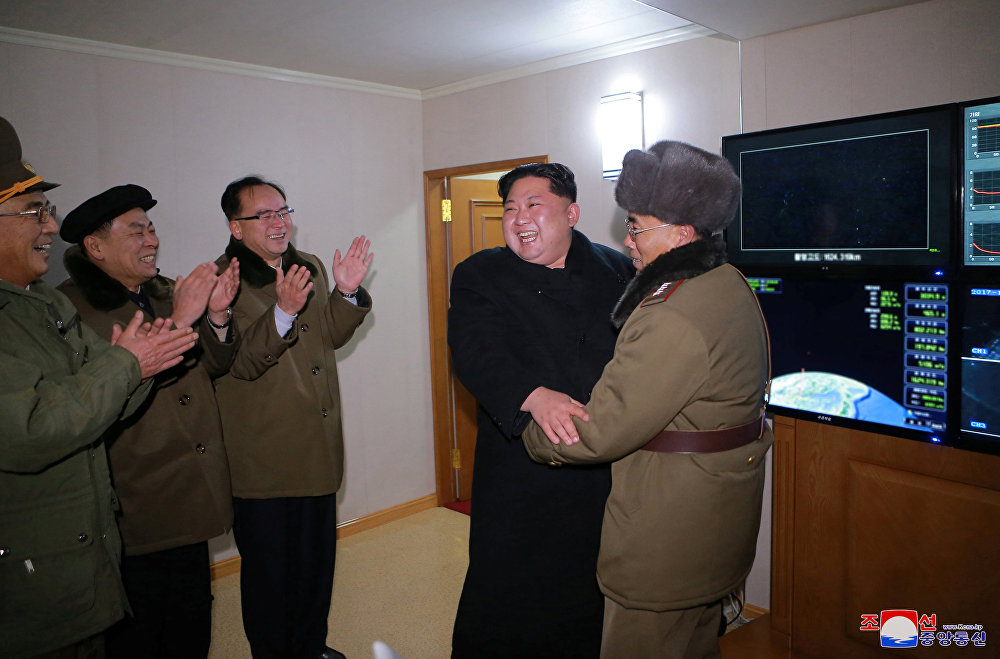