If you thought the word knowledge had no plural, that’s probably because you are a sexist mansplainer.

The full title of this piece of rubbish is Feminist Knowledges As Interventions In Physical Cultures; it was published on-line on February 13, 2019, but has recently been mailed out for free, probably because few people would be willing to shell out £34.00 for it.

Running to a mere 19 pages, it excels in feminist gobbledygook and self-deception. How about this from page 5?

“The recent example of the Serena Williams being harshly sanctioned at the 2018 US Open for speaking back to the umpire has been the subject of public debate over sexist and racist double standards in tennis given that white, male players rarely receive the same judgement. Black women risk far greater backlash when questioning sport standards…”

Video of “the” Serena Williams being sanctioned at this tournament can be found on YouTube. Here is a clip of the actual incident. And here is an eight and a half minute compilation of her raging at umpires.

Serena Williams may be one of the greatest women tennis players of all time, but the same cannot be said for her demeanour when she is losing or under pressure. What the authors seem to forget is that on the other side of the net was the young Naomi Osaka playing in her first grand slam final. The Williams outburst soured her victory and her greatest achievement to date. Williams was clearly at fault here, not the male umpire.

Whatever her faults, Serena Williams is easy to understand, unlike this sentence:

“While the study of regulatory and oppressive relations of power is crucial to feminist work, so is engagement with generative practices and struggles that enact alternative micropolitical movements.”

These regulatory and oppressive relations are the rules of the game, and although a sportswoman arguing with a male umpire might be deemed an alternative micropolitical movement, it will most certainly be designated a breach of those rules.

There is a lot more where this came from. For all the talk about power structures, what the authors seem to forget is that sport is one of the few fields of human endeavour in which there really is a level playing field. If you are the best tennis player in the world, the best boxer, the fastest runner, all you have to do is keep beating the opposition, and eventually you will become world champion. Whereas all you have to do to achieve a degree in gender studies is remember the two golden rules:

1) Men, especially white men, are always in the wrong, and women never do anything bad.

This guy in PA is well connected in terms of knowledge: 110 minute audio podcast

This gal is a good journalist:

Serena is a man with a skirt and a cheater. Who gives a shit about baling liberal pansies and their opinions? Anything Serena says is mansplaining, yet they are too infintile to see the irony. Western drama is revolting. Just sink beneath the seas and go away.

gang of men who have been “empowered” by a uniform issued by the UK government. 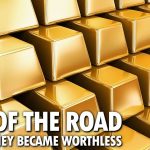