Dr. Anthony Fauci, director of the National Institute of Allergy and Infectious Diseases (NIAID) since 1984, this year rose to national prominence as the leader of the White House Coronavirus Task Force. By the time everything is said and done, he may end up wishing he’d gained less public exposure.

A second, legal, report2 by Breggin titled “COVID-19 & Public Health Totalitarianism: Untoward Effects on Individuals, Institutions and Society,” was filed in a federal court in Ohio, August 31, 2020, as part of a lawsuit and injunction to put an end to the state’s pandemic measures.

According to Breggin, Fauci “has been the major force” behind research activities that enabled the CCP to manufacture lethal SARS coronaviruses, which in turn led to the release — whether accidental or not — of SARS-CoV-2 from the Wuhan Institute of Virology (WIV) in Wuhan, China.

Breggin claims Fauci has helped the CCP obtain “valuable U.S. patents,” and that he, in collaboration with the CCP and the World Health Organization, initially suppressed the truth about the origins and dangers of the pandemic, thereby enabling the spread of the virus from China to the rest of the world.

Fauci has, and continues to, shield the CCP and himself, Breggin says, by “denying the origin of SARS-CoV-2” and “delaying and thwarting worldwide attempts to deal rationally with the pandemic.”

In the executive summary of the report, Breggin documents 15 questionable activities that Fauci has been engaged in, starting with the fact that he funded dangerous gain-of-function research on bat coronaviruses, both by individual Chinese researchers and the WIV in collaboration with American researchers. This research, Breggin says, allowed the CCP and its military to create their own bioweapons, including SARS-CoV-2.

He points out that the American-Chinese collaboration was initially detailed in a paper written by two Chinese researchers, Botao Xiao (trained at Northwestern University and Harvard Medical School) and Lei Xiao back in February 2020. According to Breggin, the CCP forced them to recant and the paper was withdrawn.

“The stated purpose [of gain-of-function research] is to learn to prevent and treat future outbreaks; but research labs are the most common source of outbreaks from dangerous pathogens, including SARS-CoV-2, as well as two earlier accidental escapes by SARS viruses in 2004 from a research facility in Beijing,” Breggin writes.3

As previously reported by Newsweek,4 the NIAID-funded gain-of-function research into bat coronaviruses was conducted in two parts. The first, which began in 2014 and ended in 2019,5 focused on “understanding the risk of bat coronavirus emergence.” Initial findings6 were published in Nature Medicine in 2015.

The program, which had a budget of $3.7 million, was led by Wuhan virologist Shi Zheng-Li and sought to catalogue wild bat coronaviruses. It also involved U.S. scientists such as Ralph Barric from the University of North Carolina and Charles Lieber from Harvard.7

The second phase that began in 2019 included additional surveillance of coronaviruses along with gain-of-function research to investigate how bat coronaviruses might mutate to affect humans. This second phase was run by the EcoHealth Alliance, a nonprofit research group led by Peter Daszak, an expert on disease ecology. According to Newsweek, the project proposal explained the research to be conducted as follows:8

“’We will use S protein sequence data, infectious clone technology, in vitro and in vivo infection experiments and analysis of receptor binding to test the hypothesis that % divergence thresholds in S protein sequences predict spillover potential.’

In layman’s terms, ‘spillover potential’ refers to the ability of a virus to jump from animals to humans, which requires that the virus be able to attach to receptors in the cells of humans. SARS-CoV-2, for instance, is adept at binding to the ACE2 receptor in human lungs and other organs.

According to Richard Ebright, an infectious disease expert at Rutgers University, the project description refers to experiments that would enhance the ability of bat coronavirus to infect human cells and laboratory animals using techniques of genetic engineering. In the wake of the pandemic, that is a noteworthy detail.”

I just looked at this link, holy shit, no pun intended.

EXCELLENT. I have have been talking to anyone that will listen about this for six months now. Most people cannot or will not process it. Its now clear that the US is no longer to “tool of choice” for the globalist regime, and Russia is getting into bed with a “Trojan horse”.

Accelerating mutation is a war crime, or it should be.

I wouldn’t trust Fauci farther than I could throw the Rock of Gibraltar standing on my left leg with my right arm tied behind my back. 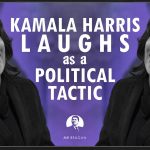 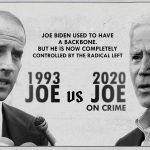