Authored by Pepe Escobar via The Asia Times

The unipolar moment is six feet under, the hegemon will try to break Eurasian integration and there’s no grownup in the room to counsel restraint…

Let’s start with comic relief: the “leader of the free world” has pledged to prevent China from becoming the “leading” nation on the planet. And to fulfill such an exceptional mission, his “expectation” is to run again for president in 2024. Not as a hologram. And fielding the same running mate.

Now that the “free world” has breathed a sigh of relief, let’s return to serious matters – as in the contours of the Shocked and Awed 21st Century Geopolitics.

What happened in the past few days between Anchorage and Guilin continues to reverberate. As Russian Foreign Minister Sergey Lavrov stressed that Brussels “destroyed” the relationship between Russia and the EU, he focused on how the Russia-China comprehensive strategic partnership is getting stronger and stronger.

Not so casual synchronicity revealed that as Lavrov was being properly hosted by Chinese Foreign Minister Wang Yi in Guilin – scenic lunch in the Li river included -, US Secretary of State Tony Blinken was visiting NATO’s James-Bondish HQ outside Brussels.

Lavrov made it quite clear that the core of Russia-China revolves around establishing an economic and financial axis to counterpunch the Bretton Woods arrangement. That implies doing everything to protect Moscow and Beijing from “threats of sanctions by other states”; progressive de-dollarization; and advances in crypto-currency.

This “triple threat” is what is unleashing the Hegemon’s unbounded fury.

On a broader spectrum, the Russia-China strategy also implies that the progressive interaction between the Belt and Road Initiative (BRI) and the Eurasia Economic Union (EAEU) will keep apace across Central Asia, Southeast Asia, parts of South Asia, and Southwest Asia – necessary steps towards an ultimately unified Eurasian market under a sort of strategic Sino-Russo management.

In Alaska, the Blinken-Sullivan team learned, at their expense, that you don’t mess with a Yoda such as Yang Jiechi with impunity. Now they’re about to learn what it means to mess with Nikolai Patrushev, head of the Russian Security Council.

Patrushev, as much a Yoda as Yang Jiechi, and a master of understatement, delivered a not so cryptic message: if the US created “though days” for Russia, as they “are planning that, they can implement that”, Washington “would be responsible for the steps that they would take”.

What NATO is really up to

Meanwhile, in Brussels, Blinken was enacting a Perfect Couple  routine with spectacularly inefficient head of the European Commission (EC) Ursula von der Leyen. The script went something like this. “Nord Stream 2 is really bad for you. A trade/investment deal with China is really bad for you. Now sit. Good girl.”

Then came NATO, which put on quite a show, complete with an all-Foreign Minister tough guy pose in front of the HQ. That was part of a summit – which predictably did not “celebrate” the 10th anniversary of NATO’s destruction of Libya or the major ass-kicking NATO “endured” in Afghanistan.

In June 2020, NATO’s cardboard secretary-general Jens Stoltenberg – actually his US military handlers – laid out what is now known as the NATO 2030 strategy, which boils down to a Global Robocop politico-military mandate. The Global South has (not) been warned.

In Afghanistan, according to a Stoltenberg impervious to irony, NATO supports infusing “fresh energy into the peace process”. At the summit, NATO ministers also discussed Middle East and Northern Africa and – with a straight face – looked into “what more NATO could do to build stability in the region”. Syrians, Iraqis, Lebanese, Libyans, Malians would love to learn something about that.

Post-summit, Stoltenberg delivered a proverbially somnolent press conference where the main focus was – what else – Russia, and its “pattern for repressive behavior at home, aggressive behavior abroad”.

All the rhetoric about NATO “building stability” vanishes when one examines what’s really behind NATO 2030, via a meaty “recommendation” report written by a bunch of “experts”

Here we learn the three essentials:

1. “The Alliance must respond to Russian threats and hostile actions (…) without a return to ‘business as usual’ barring alterations in Russia’s aggressive behavior and its return to full compliance with international law.”

2. China is depicted as a tsunami of “security challenges”: “The Alliance should infuse the China challenge throughout existing structures and consider establishing a consultative body to discuss all aspects of Allies’ security interests vis-à-vis China”. The emphasis is to “defend against any Chinese activities that could impact collective defense, military readiness or resilience in the Supreme Allied Commander Europe’s (SACEUR) Area of Responsibility.”

3. “NATO should outline a global blueprint (italics mine) for better utilizing its partnerships to advance NATO strategic interests. It should shift from the current demand-driven approach to an interest-driven approach (italics mine) and consider providing more stable and predictable resource streams for partnership activities. NATO’s Open Door Policy should be upheld and reinvigorated. NATO should expand and strengthen partnerships with Ukraine and Georgia.”

Here’s to The Triple Threat. Yet the Top of the Pops – as in fat, juicy industrial-military complex contracts – is really here:

The most profound geopolitical challenge is posed by Russia. While Russia is by economic and social measures a declining power, it has proven itself capable of territorial aggression and is likely to remain a chief threat facing NATO over the coming decade.

NATO may be redacting, but the master script comes straight from the Deep State – complete with Russia “seeking hegemony”; expanding Hybrid War (the concept was actually invented by the Deep State); and manipulating “cyber, state-sanctioned assassinations, and poisonings – using chemical weapons, political coercion, and other methods to violate the sovereignty of Allies.”

Beijing for its part is using “force against its neighbors, as well as economic coercion and intimidatory diplomacy well beyond the Indo-Pacific region. Over the coming decade, China will likely also challenge NATO’s ability to build collective resilience.”

The Global South should be very much aware of NATO’s pledge to save the “free world” from these autocratic evils.

The NATO interpretation of “South” encompasses North Africa and the Middle East, in fact everywhere from sub-Saharan Africa to Afghanistan. Any similarity with the presumably defunct “Greater Middle East” concept of the Dubya era is not an accident.

NATO insists this vast expanse is characterized by “fragility, instability, and insecurity” – of course refusing to disclose its own role as serial instability perpetrator in Libya, Iraq, parts of Syria and Afghanistan.

Because ultimately…it’s all Russia’s fault: “To the South, the challenge includes the presence of Russia and to a lesser extent China, exploiting regional fragilities. Russia has reinserted itself in the Middle East and the Eastern Mediterranean. In 2015, it intervened in the Syrian Civil War and remains there. Russia’s Middle East policy is likely to exacerbate tensions and political strife across the region as it extends an increasing amount of political, financial, operational, and logistical assets to its partners. China’s influence across the Middle East is also growing. It signed a strategic partnership with Iran, is the largest importer of crude oil from Iraq, wedged itself into the Afghanistan peace process, and is the biggest foreign investor in the region.” (…more)

The US has and always will be the “work horse” of NATO. Washington has to do the heavy lifting if it wants anything to get done. Having said that, the US ground forces are in terrible shape since they cant even fill the vacancies that have existed for years – no one wants to fight or die in idiotic and pointless wars while being told its all for freedom and democracy. The US weaponry is outdated. Now if you look at other NATO members, the old eastern Europeans are too poor to bring their military up to standard. These members… Read more » 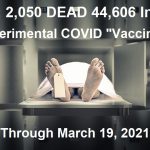 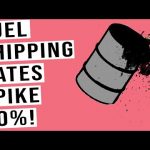