In times of social crises in America, big tech billionaires are often amongst the first to speak up—though how they do so varies. Tesla and SpaceX CEO Elon Musk, unlike many of his peers, didn’t directly speak about the riot that erupted in Washington, D.C. on Wednesday afternoon. But the second-richest man in the world did make it clear that he was watching the news and indeed had a strong opinion about the surreal events that transpired at the U.S. Capitol.

Late Wednesday night, after police had cleared protestors from the Capital ground to allow Congress to resume vote counting and certifying election results, Musk tweeted a meme showing bricks lining up like dominoes. The smallest front brick was labeled “a website to rate women on campus”—a reference to the early version of Facebook—and the largest tile in the back was superimposed with a tweet by The New York Times Magazine correspondent Mark Leibovich that read: “The Capitol seems to be under the control of a man in a viking hat.”

His message was clear: The shocking rampage on Wednesday was the culmination of years of political and ideological polarization fueled by social media platforms, primarily Facebook. “This is called the domino effect,” Musk tweeted alongside the meme.

It’s not the first time the Tesla CEO openly expressed his dislike for Facebook.

In February, he called Facebook “lame” in a tweet and urged people to delete their accounts. Three months later, he tweeted “Facebook sucks” after the company’s artificial intelligence lead criticized his lack of knowledge about A.I.

After months of bashing Russia’s Sputnik V vaccine, Western journalists in Moscow line up to be inoculated against Covid-19 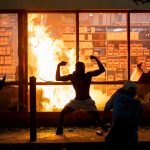 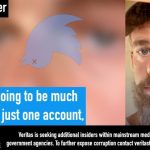