In the past, war seemed to be a numbers game in the sense that people attached great importance to the number of troops available at the point of contact. With the rapidly evolving technology of weapons systems there has been a decoupling between the number of men needed to fight and the weapons they use. In the past, it took large numbers of troops to generate combat power but that is not true anymore.  For some, the surprise is that the Russian military is attacking numerically superior forces successfully with fewer casualties than the enemy forces they are attacking. The critical issue is who has the most effective fire in the battle.

So, what is effective fire? It is the application of fire/explosives against a vulnerable target which exists in the same time and space as the fire is delivered. More and more, we are seeing on the battlefield a dominance of PGMs (precision guided munitions) which can be used to produce effective fire against both men and equipment. It does not take a large mass of troops to produce this kind of fire.

In the spring of 1972, during the Vietnam Easter offensive, the North Vietnamese Army (NVA) attacked with hundreds of USSR supplied tanks that initially overwhelmed the South Vietnamese defenders. In spite of heavy artillery attacks and numerous bombing attacks against the tanks, the NVA tanks were not destroyed, and they were able to continue their attacks. The fire delivered against the tanks was not effective although it was effective against exposed troops. The psychological shock of the tank attacks in Kontum Province unhinged the defenders and resulted in the South Vietnamese 22nd Army Division being completely overrun in about 48 hours in late April. At that time, it did not appear there were any weapons available in the battle area to defeat the tanks. The American-provided M-41 South Vietnamese tanks with their 76 mm main guns were not a real match against the T-54 / 55 North Vietnamese tanks which had 100 mm main guns capable of easily destroying the M-41s. I witnessed that on the battlefield.

In early May, the American military deployed two experimental anti-tank systems that were mounted on helicopters called TOW (Tube-Launched Optically tracked, wire-guided) systems. They represented a new level of PGMs (precision guided munitions) as effective fire against tanks. Their success in destroying tanks had an immediate impact on blunting the NVA tank attacks which gave the defending South Vietnamese soldiers great confidence that the tanks could be stopped.

In addition, the delivery of massive amounts of bombs against exposed NVA soldiers in the attack was extremely effective fire and was the key to the successful defense by the South Vietnamese Army.

Since the Vietnam War, the rapid expansion of precision guided bombs and missiles in most of the modern armies of the world has exponentially increased the level of effective fire available for use on the battlefield. This fire is not dependent on large numbers of soldiers to utilize it; and, in this sense, it has de-coupled the relationship between the number of soldiers needed and the level of effective fire they can produce.

For America, the two Gulf wars were classic examples of the ubiquitous use of PGMs and very effective fire to defeat numerically superior forces very quickly with minimum losses. We are watching that same thing happen now in the Ukraine/NATO Russia conflict as Russia employs large numbers of PGMs and massive amounts of effective fire from their artillery.  The balance between masses of soldiers and effective fire has now shifted and will probably lead to the continued success of the Russian military on the battlefield.

If the use of nuclear weapons is introduced to the battlefield, large masses of troops will immediately become a great liability as the use of a single high yield nuclear weapon will devastate any enemy force it is delivered against. When taken to the extreme, we are quickly arriving at a point where one bomb / missile can destroy all mass, and man will face the ultimate doomsday nightmare. 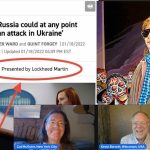