The Duran’s Alex Christoforou and Editor-in-Chief Alexander Mercouris discuss how the corrupt and discredited OPCW continues to push the narrative that the Syrian government was responsible for the 2017 chemical attacks, even when OPCW whistleblowers have stated the organization falsifies evidence.

The OPCW has issued its first report explicitly blaming Syria’s government for chemical attacks on civilians, pointing to three incidents in 2017 and saying there’re “reasonable grounds” to believe the air force was responsible.

“Attacks of such a strategic nature would have only taken place on the basis of orders from the higher authorities of the Syrian Arab Republic military command,” Investigation and Identification Team (IIT) coordinator Santiago Oñate-Laborde said. In the end, the ITT “was unable to identify any other plausible explanation,” he added.

The chemical weapons watchdog maintains that Syrian Arab Air Force pilots flying a Sukhoi Su-22 military plane dropped a sarin bomb in southern Ltamenah on March 24, 2017. On March 25, the OPCW claims, a helicopter belonging to the Syrian Arab Air Force dropped a chlorine cylinder on the Ltamenah hospital which went through the roof and ruptured. Another bomb containing Sarin was dropped in southern Ltamenah on March 30 by an Su-22 military plane, the report said.

OPCW Director-General Fernando Arias noted in a statement that the IIT is “not a judicial or quasi-judicial body with the authority to assign individual criminal responsibility.” It is now up to the Executive Council and the Conference of the States Parties to the Chemical Weapons Convention, the United Nations Secretary-General, and the international community as a whole “to take any further action they deem appropriate and necessary.”

If only western neo-colonial and/or imperialist governments could leave Syria in peace! PEACE! PEACE!

AM Hants
Reply to  John Ellis

Have you seen this You Tube video?

When a more intelligent liar uses his superior knowledge of good, to create an illusion of good, to hide his evil intent, only the truth will save us from the liar being able to enrich himself upon our misery.
And that is why truth proclaimers like Alex and Alexander are the high resource activists most essential to our cause.

Irrespective of the final paragraph’s weak attempt at ‘plausible deniability’, it’s now in the final stage where the US succeeded in cajoling the OPCW into unilaterally extending its mandate beyond its legal mandate, into assigning blame. The circle of corruption is now complete. The snake consumes its own tail.

The whole western world it seems has become corrupted. The US and British governments (or at least their Deep States with their politicians too cowardly or too stupid to see through this) were behind this, with their lapdog media in support and their sinister spooks (or rather those really controlling them, running the show apparently. The US is probably even more far gone that the UK, although the Assange case showed the judiciary there is just as much up to its neck in muck as the politicos and the presstitutes. The spider at the centre of this fetid web is… Read more »

AM Hants
Reply to  ManintheMoon

What I find strange is the role of the Bell Brothers in it all. David Bell, who runs the Media Standards Committee and heads the Cambridge University Press, set up Common Purpose. His brother the late Timothy, was an adviser to Margaret Thatcher and also the 90s exiled Russians. He also set up Bell Pottinger. The same Bell Pottinger that were given $500 million to spin the Iraq War. Not sure how much they got to spin the Kosovo War, but, strange the characters that were involved in the Kosovo War, have been running the same old regime change programme,… Read more »

The idea that is nonsense is the only reasonable explanation for the stages attack is so ludicrous as a statement that in itself it discredits this body. Why Syria should chemically attack Douma when it was the point of falling to its army is so patently illogical, that almost any other explanation would make more sense, eg the jihadiis staged it or even more sinister British operatives did (they were known to be operating there. Also, don’t forget the OPCW’s role in the Skripal incident.

Talk about this to the Average American Voter and he’ll want to know what it has to do with the next Super Bowl.

Who funds the IIT part of the OPCS? Does anybody remember that just 12 out of 193 UN member states, besides the EU, funded the Joint Investigative Mechanism, section of the OPCS, relating to Syria? The same nations who funded the White Helmets, plus, all members of ‘the 5 Eye’ nations. JIT was closed down and hasn’t IIT taken over from JIT? So why are the OPCW, allowing outsiders to run what should be an independent and professional organisation? Who remembers John Bolton, back in 2003, when the Pentagon had spent over $500 million, getting Bell Pottinger PR Management, to… Read more »

I can’t think of a better image to accompany your post. 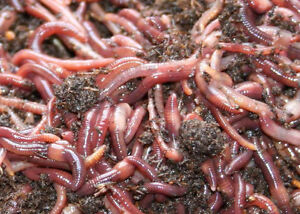 Of course, these do nurture the soil, rather than destroy it, so it’s antithetical in a sense.