Russia has used its veto power to kill a UN Security Council resolution calling for further probes into the alleged use of chemical weapons in Syria.

Russia’s veto helps to save wasted time among investigators and wasted money among UN members, as it has been widely established that Syria has had no chemical weapons since 2014 when an OPCW report which was certified by both the US and Russia, confirmed that all old chemical weapons stocks had been removed.

Since 2014, the only chemical weapons found in Syria have been in the hands of terrorist groups who are sometimes referred to as “moderate rebels” by the western media and political leaders.

Russia has previously stated that recent alleged “chemical attacks” in Syria have either been false flags or staged hoax “attacks”.

Russia proposed a postponement of the issue, but this was rejected by the western powers. Russia consequently vetoed the resolution.

As I recently wrote in The Duran,

“Western governments, including those of the US and UK, have engaged in a concerted effort to publicly rehabilitate al-Qaeda, the notorious Gulfi funded Takfiri jihadist group which the US held responsible for the 9/11 atrocities. It was the group al-Qaeda in Iraq which eventually became ISIS and in Syria al-Qaeda’s Syrian branch commonly known as al-Nusra, has been responsible for countless acts of barbaric in parts of western and central Syria.

Enter a fake charity/aid group called White Helmets, sometimes confusingly referred to as Syrian Civil Defence. The group has no affiliation from real aid groups in Syria such as Syria’s actually civil defence service, nor are they at all affiliated with the UN recognised White Cross and White Crescent aid groups.

Among other things, White Helmets have been exposed by Russia as staging chemical attacks and staging them poorly at that. At various times, White Helmets actors were seen handling bodies that were supposedly infected with toxic gas, without gloves or proper masks. One image also showed a White Helmet actor smoking a cigarette in an area which was supposed to be cloaked in gas.

Even more seriously, the group has been exposed has participating in the killing of children as well as the exploitation of children.

The group which has been photographed carrying al-Qaeda flags during savage celebrations has been named and shamed multiple times by the Russian Foreign Ministry and Russian Defense Ministry.

In October of last year, RT’s CrossTalk explored the extent of the dangerous fraud that is White Helmets when Peter Lavelle interviewed Patrick Henningsen, Vanessa Beeley and Eva Bartlettm,  three journalists who helped expose the sham to the wider public.

After the Battle of Aleppo was won in 2016, al-Qaeda’s fortunes in Syria were dashed. Today, one of the only areas in Syria where al-Qaeda and therefore the White Helmets still have a presence is in Idlib Governorate. Idlib is currently home to a civil war between al-Qaeda/al-Nusra and various factions of the FSA as well as some jihadist groups linked to the outlawed Muslim Brotherhood.

In an effort to pacify the region, the most recent meeting of the Astana Group created a new de-escalation zone in Idlib Governorate which is largely policed by Turkey. The new zone, like other de-escalation zones, allows for the continued targeting of al-Qaeda and ISIS.

Russia has recently struck al-Qaeda forces in Idlib who martyred civilians in Latakia, when they began firing rockets at the birthplace of the Assad family, the mountainous town of Qardaha.

The reach of White Helmets has gown down in-line with the reduction of al-Qaeda as a formidable force in Syria. However, as Russia works to help Syria squeeze the group out of Idlib, they decided to engage in yet another propaganda drive against Russia and Syria. Al-Qaeda/White Helmets has accused the Russian Aerospace Forces of targeting urban neighbourhoods and killing civilians even though the strikes targeted weapons outposts and storage facilitates away from populated areas.

While lies from groups like White Helmets are less and less noticed, UK Reuters picked up the propaganda as though it was deriving from a reliable source. It is also crucial to realise that the al-Qaeda/White Helmets report was released on the day Russian President Vladimir Putin lands in Ankara for talks with Turkish President Recep Tayyip Erdogan. Al-Qaeda is clearly worried about Turkey’s pivot to Russia and away from western backed terrorist factions in Syria.

Russia’s Defense Ministry Spokesman Major General Igor Konashenkov has blasted Reuters UK and others who picked up the story as falling victim to fake news.

“Syria’s Civil Defense which UK news agency Reuters cites, reporting of alleged civilian deaths, is the same thing as the White Helmets. The attempt of the British to pass these war scammers off as a new brand of objective information sources is a manipulation for amateurs.

The Russian Aerospace Forces’ planes to not carry out airstrikes on residential neighbourhoods in settlements to avoid civilian casualties. The targets are terrorist bases, armoured vehicles and munitions depots, identified with unmanned devices and confirmed through other channels.

This week, all airstrikes of Russian planes in the province of Idlib were concentrated on equipment, reserves and groups of Nusra Front militants who were trying to rescue terrorists from the Akerbat encirclement in eastern Hama with a sudden offensive. The actions of Russian planes in Syria derailed this operation, and the terrorists participating in it were destroyed”.

This video of the airstrikes, clearly corroborates Russia’s statement. It is apparent from the footage that Russia is not targeting an urban or residential area. 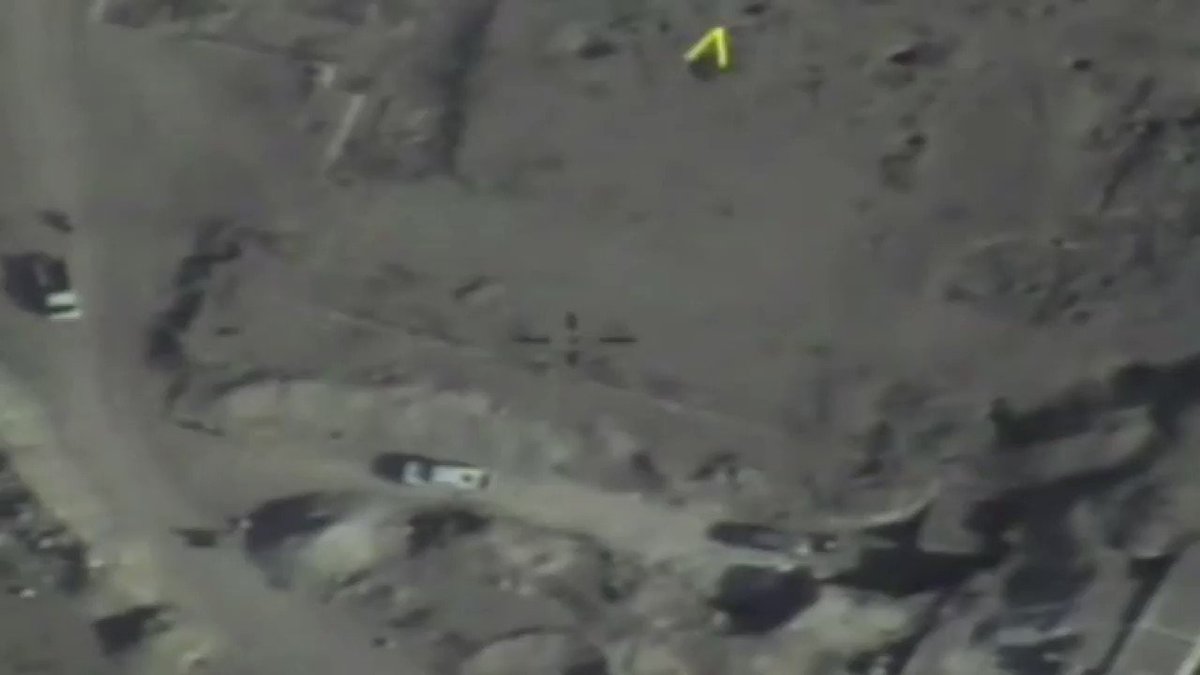 The racist Sunni supremacist White Helmets have simply produced more propaganda to bolster their increasingly hopeless cause. The real shame is with so-called ‘respectable’ outlets who have reported blatant propaganda as fact”.

https://theduran.com/reuters-uk-cites-al-qaedawhite-helmets-evidence-russia/
Help us grow. Support The Duran on Patreon!