Lebanese Prime Minister Saad Hariri has delivered a rage filled resignation address from the Saudi capital of Riyadh. Hariri, who is a duel Lebanese-Saudi citizen, leads the Lebanese party Future Movement which forms part of the March 14 Allience in the Lebanese parliament. The future movement attracts few Shi’a and Christian voters and has been openly critical of Hezbollah’s assistance to Syria in its war against al-Qaeda, FSA and ISIS.

During his resignation speech, he blasted Iran and Hezbollah in a manner that is highly reminiscent of Israeli propaganda. In a phrase echoing remarks made by Israeli leader Benjamin Netanyahu, Hariri said that “Iran’s hand in the region would be cut off”, although Hariri, like Netanyahu, failed to explain how Iran has a ‘hand in the region’ in a way that violates any norms of international law. Hariri then stated that he feared for his life, should he remain in office, while providing no evidence of credible threats to his safety.

The timing of the surprise resignation is in many ways, more significant than the content of the resignation speech.

The speech came shortly after Hariri met with Saudi Crown Prince Muhammad Bin Salman and only hours after the CIA published suspicious documents which perversely try to link Iran with al-Qaeda.

In 1998, Iran almost went to war with Afghanistan to avenge the slaughter of Iranian diplomats by al-Qaeda who at the time were headquartered in Taliban controlled Afghanistan.

More recently, Iran has fought with Iraqi and Syrian troops in their war against al-Qaeda and ISIS, an organisation which was founded by members of a group called al-Qaeda in Iraq.

Moreover, Iranians are targeted by al-Qaeda terrorists across the world in a ruthless fashion.

The absurdity of the CIA’s claim that Iran and al-Qaeda had attempted to work together is not only insulting to those with a sense of reality, but it obscures the fact that in Syria and Libya before that, the US has allied itself with al-Qaeda forces. The US in fact founded al-Qaeda in the 1980s when it was known as the Islamic Unity of Afghanistan Mujahideen. Members of the group even met with Ronald Reagan in the White House. 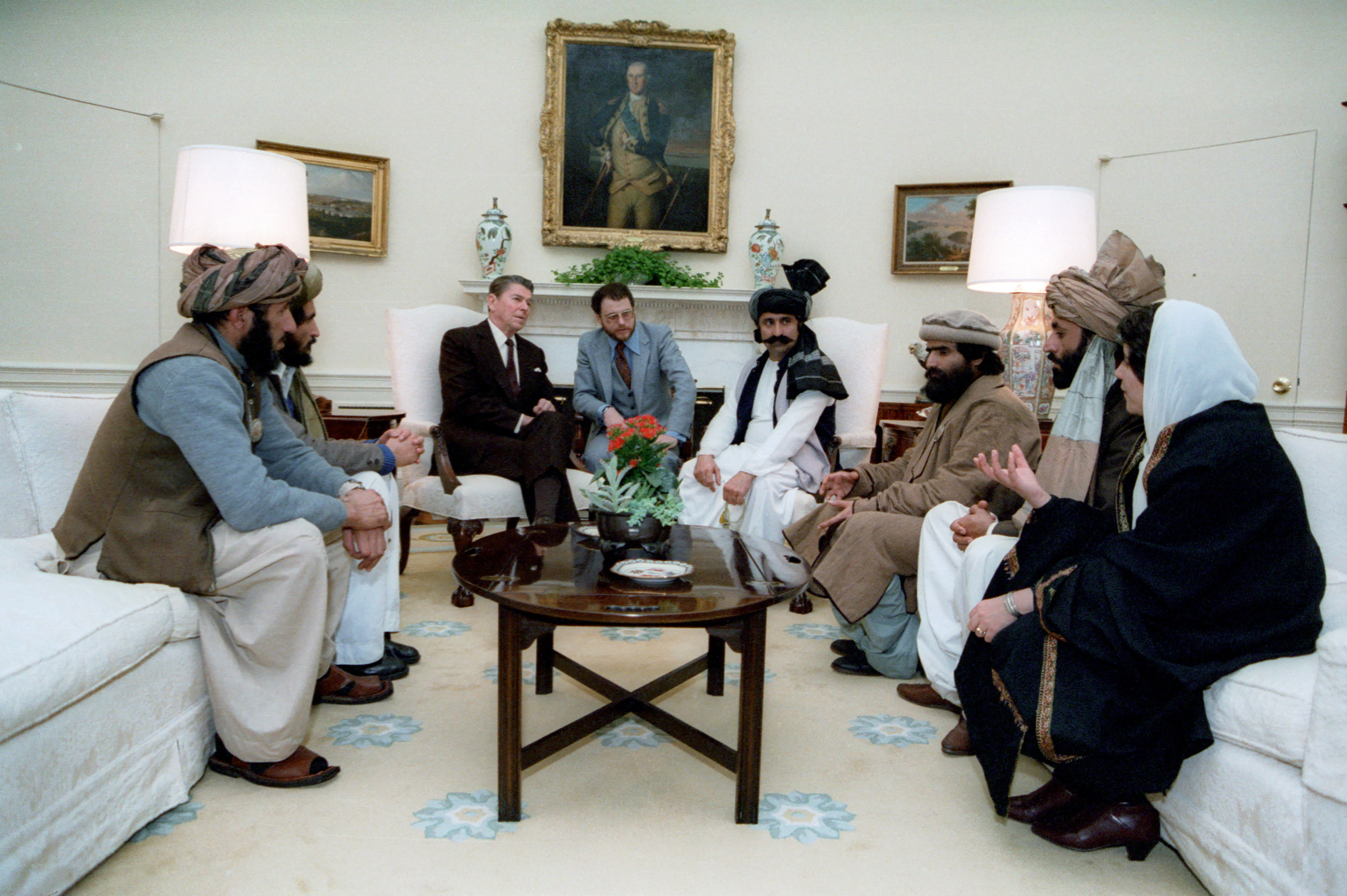 In spite of supporting al-Qaeda in Syria and Libya and helping to form what became al-Qaeda in Afghanistan, the US is now trotting out al-Qaeda as a kind of strange boogieman in order to whip up tensions against Iran, a country which like Saddam Hussein’s Iraq, and Gaddafi’s Libya, was totally opposed to the group.

The supreme disinformation campaign by Mike Pompeo’s CIA has now been effectively regurgitated by the aloof and increasingly unpopular Saad Hariri.

Hariri’s resignation will be welcomed by his many opponents, including perhaps, Lebanon’s Christian President Michel Aoun, who has been working to restore Lebanon’s ties with Syria after a personally touch-and-go relationship with Damascus over the decades.

However, the style of Hariri’s resignation is deeply irresponsible as his speech contained inflammatory sectarian rhetoric which could potentially set off a Sunni extremist uprising in a country which was ripped apart by a 15 year long civil war.

There remains a further danger that Hariri’s anti-Hezbollah and anti-Iran tirade was calculated in order to provoke a wider conflict in and around Lebanon involving Hezbollah, Israel and Sunni terrorist groups like al-Qaeda.

It is also clear that as the war against Takfiri terrorism in western Iraq and eastern Syria is being won by Syria and Iraq, those who continue to seek the destabilisation of Syria and the wider Levant, are now doing so by trying to sow discord in western Syria.

This has manifested itself first of all, in the al-Qaeda offensive on the Golan Heights, assisted by Israeli artillery attacks and secondly, with the resignation of Hariri in Lebanon, which is a move designed to draw Syria’s Hezbollah ally into a new sectarian conflict. These two events crucially happened within 24 hours of one another.

I tend to agree that the attempt to plunge Lebanon into a new civil war will ultimately fail, it is also important remember that this is in many ways the last stand for the ‘regime change’ policy still favoured by Saudi, Israel and the US. The west in particular has been interfering with Lebanon’s internal situation dating from a time when they were still hesitant to full provoke Syria, Iraq and Egypt.

If they fail in Lebanon, that means there are no other stops left on the regime change train–certainly no easy ones seeing as the US, Israel and Saudi are still (thankfully) too afraid of attacking Iran directly.
It seems clear enough that Hezbollah will not take the bait and be provoked into taking measures that could lead to instability. Hezbollah, after all, does not need to respond to such provocations, because in Syria and elsewhere, Hezbollah are winning and Hezbollah continues to gain popularity in Lebanon, even among non-Shi’a Muslims. Furthermore, Hezbollah’s leadership are far more intelligent than many in Saudi wish that they were.

So while Hezbollah and other parties in Lebanon including the Amal Movement and President Michel Aoun’s FPM will not feed the chaos as Saudi and Israel are clearly hoping, what is clear is that Saudi and its de-facto allies are making a final push. Is it desperate?…yes. But desperation can lead to renewed hyper-aggression as much as to a sense of despair. Vigilance will be the key for all parties in Lebanon looking to avoid the worst: a re-commencing of civil war.

The Saudi propaganda machine is already in overdrive, with Saudi and pro-Saudi media suggesting that the apparent Houthi missile which was intercepted over Riyadh was somehow a Hezbollah attempt to make Saad Hariri’s ‘assassination fears’ become a reality.  Such a claim amounts to the most childish attempt at a pseudo-false flag in history.

While Harari was likely made a mafioso style offer he could not refuse by an ever more assertive Muhammad Bin Salman, one cannot discount the madness of famously unethical states in a moment of desperation.

Hariri has clearly been thrown under the bus, along with 11 Saudi princes and 30 ministers who are now under arrest for “corruption” charges, almost certainly on the orders of MBS. When it comes to further provocations in Lebanon, will Israel and al-Qaeda begin to do militarily/terroristically what Saudi has begun doing politically?

There is no absolute answer to such a question, but anything less than total vigilance, preparedness and military readiness from the Lebanese resistance would be worse than a crime, it would be a blunder.

Many in Lebanon will be happy to see Hariri go, but many will also be worried about how he may have opened the door to pro-Saudi sectarianism as a result of the timing and place of his abrupt withdrawal from office.