The Iraqi Armed Forces along with Popular Mobilisation Forces have eliminated ISIS in the crucial border town of al Qaim in the western Anbar province.

With al-Qaim now back under Iraqi government control, virtually all of the Syria-Iraq border is out of the hands of terrorists. For years, ISIS has exploited its control over border crossings between the two states to transfer men and arms to their forces on either side of the border. 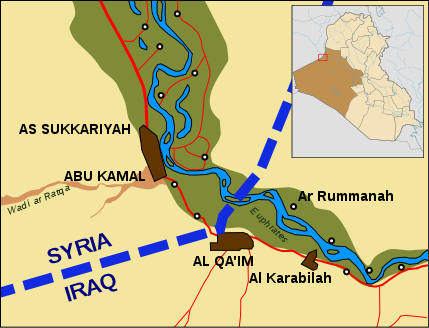 This phenomenon is now over. All that remains is the much expected meeting of Syrian and Iraqi troops in a widely anticipated display of solidarity between allies.