Russia Today reported Thursday, June 7, that an as yet unidentified driver drove a car into the gates of the US Embassy in Seoul, South Korea, screaming “help me!”, in an action that may have been an attempt to gain asylum in the US. 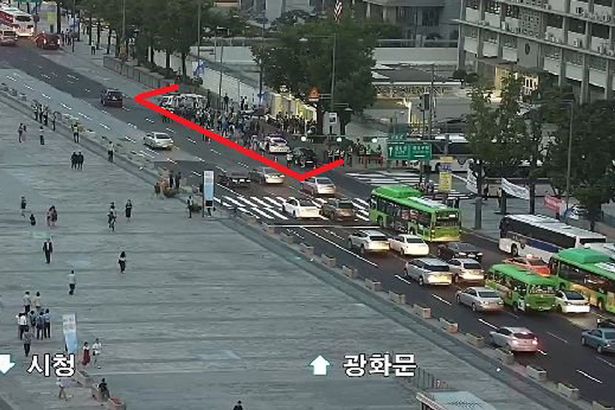 The report, also run by London’s Mirror, is still breaking, so details are sketchy at this time.

A car has been rammed into the gates of the US Embassy in South Korea by an ‘asylum seeker’ screaming “help me”.

Police said a vehicle suddenly swung into the gates of the embassy in Seoul at around 7.15pm.

A 48-year-old man then fell out of the car before shouting “help me” at the embassy several times.

Pictures from the scene show a badly damaged silver car positioned outside the gates. Another shows large crowds assembled on a busy road.

According to local news sites, the man told officers that he had an “embarrassment” with North Korea and wanted to leave to the United States.

At this time there is no indication that the action is terror-related.

Preparations have been underway for an historic summit between US President Trump and North Korean leader Kim Jong-un to be held in Singapore next week.

Somebody decided to ram the front gate of the US Embassy in Seoul tonight pic.twitter.com/XpWZ55LJ17

However, there is no indication that these two incidents are in any way related.

This is a breaking news story, so stay tuned for further details.