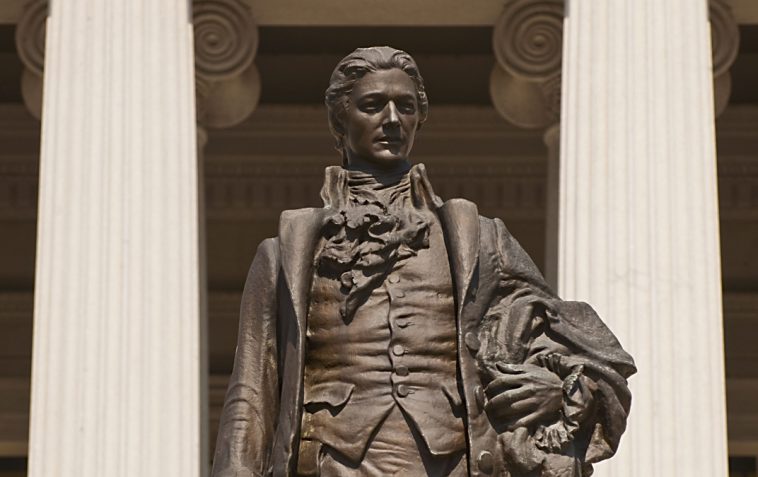 At a time that the United States teeters on the edge of a full disintegration into Civil War and ungovernability, and as a financier oligarchy prepares to impose a post-nation state world order run by the City of London and cadres of social engineers drooling over a “Great Reset”, certain lessons of history need to be internalized. Quickly.

In the new book Hamilton vs Wall Street: The Core Principles of American System Economics recently published by American System Now (ASN), Nancy Spannaus (ASN President) has laid done two things: On the one hand she has constructed the most concise overview of the origins of the American System of Political Economy written in modern times with a focus on the figure of Alexander Hamilton as the first US Treasury Secretary, and on the other hand has showcased the necessary pathways available to the USA and other nations who wish to avoid disintegration and world war now hanging over head like a modern Sword of Damocles.

Nancy obliterates the popular slanders repeated for over two centuries that “Hamilton was just a Rothschild tool creating a proto-Federal Reserve in America” and that his death at the hands of Vice President Aaron Burr was somehow a great service for the nation. Other popular myths made promulgated over the years which Nancy confronts is the oft-repeated lie that President Andrew Jackson was a hero for killing Hamilton’s 2nd National Bank, paying the debt and opening the USA to free trade. On deeper inspection we find the truth to have been carefully turned inside out on all counts with the true City of London puppets being none other than Wall Street founder Aaron Burr and his later lacky Andrew Jackson- both of whose policies ushered in only destruction and corruption in the USA leading to the otherwise avoidable Civil War of 1861-65.

By deriving her research from both rich first hand sources and also a study of the physical economic history of the nation with a sensitivity to British imperial operations embedded deeply within the American establishment, Nancy is able to cut through Gordian Knots of misinformation. In doing so, Nancy sheds light on the actual unifying policy that Hamilton created in the early days of the republic and which have been taken up time and again by patriotic presidents (who tend to die in office) like Harrison, Lincoln, McKinley, FDR and JFK who fought to develop a full spectrum, sovereign economic systems in opposition to British Free Trade.

As Nancy lays out, this anti-imperial system of political economy is based on several interconnected practices considered heretical by all standards of British Imperial schools of thought now dominant in the west:

1) National Banking and productive credit generation giving the nation the power to avoid the usurious traps of Wall Street or City of London private banking in order to channel investments into long term nation building enterprises. These are practices that are both profitable for individual investors and coherent with the General Welfare principle (a key component to the Constitution made possible by the leadership of Alexander Hamilton and his mentor Benjamin Franklin).

2) Selective protection of manufacturing including government incentives (which Hamilton called “bounties”) in order to favor the growth of sovereign powers of production, high skilled and highly paid labor. It is no coincidence that this practice has provided the greatest rates of economic growth in every nation which has put it into practice over the last two centuries and has provided the greatest tool of defense against the dumping of cheap goods by a dominant foreign power. Under the post-1971 era of “globalization” which saw the rise of such monstrosities as NAFTA, WTO, and the Euro, protectionism has been entirely banned as a near-criminal act in order to keep all nations shackled to cash cropping, cheap labor, speculation, debt slavery and dependency.

3) Internal Improvements. This is the vital ingredient to any nation’s success as it channels the national priorities and energy into projects and goals which transcend short sighted thinking or individual lifetimes which is why Hamilton shaped Article 1, Section 8 of the Constitution. Through the creation of projects like the Erie Canal, continental roads, rail, water projects and tying those practices to other nations inspired to do the same (as is exhibited by the 135 nation strong New Silk Road today), the true self interest of a nation and the community of mutual interest in which all nations find themselves are best ensured.

All of these policies were outlined in Hamilton’s historic reports to Congress of 1790-91 available for download here.

If you have doubts that my claims are true, then that is wonderful. Keep a healthy skeptical mind, but keep it open enough to making new discoveries when new facts challenge your assumptions, and start this investigation by ordering Nancy’s book Hamilton vs Wall Street: The Core Principles of American System Economics on Amazon as Kindle or Paperback now.

A good stimulant is “The Gods of Money” by F. William Engdahl. It speaks of a bank owned by the government as opposed to a bank owned mostly by oligarchs. Interesting and deeply historical. 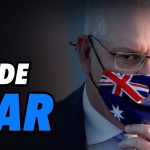 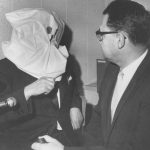