In the Ukraine/NATO Russia conflict there seems to be an over reliance by some on counting the number of combatants killed as a way to judge the success of one side or the other. Counting the dead may be helpful to get a sense of the relative success on the battlefield but history shows that it is not definitive of who is winning and who is losing.

Currently, the Ukraine/NATO forces have a “mass” made up of Ukraine soldiers along with some number of “mercenaries” and weapons being provided by NATO countries. At this time, it appears that the Ukraine political leadership is willing to continue to “feed” the Russian “meat grinder” the human flesh of its citizens and the growing number of “mercenaries” to stem the advance of the Russian military machine. At this time, it appears that NATO is willing to “feed” an unlimited number of weapons into the battle. The relative efficacy of this effort seems questionable at best.

A look at the history of warfare shows that there are many cases of huge battlefield losses sustained by one side but it did not necessarily lead to their defeat. There were more than 20 million Russians killed in the Second World War or, as the Russians call it, the “Great Patriotic War.” It tells the story of great human sacrifice to gain their political ends. There are many other historical examples that could be looked at.

One of the most egregious examples of a failed “strategy” based on “body count” was that held by Robert S. McNamara, who was the United States Secretary of Defense from 1961 to 1968 under presidents John F. Kennedy and Lyndon B. Johnson. During the Vietnam War, the daily “body count” of enemy killed and the number of US casualties was constantly highlighted in the evening news and seemed to become a national obsession. There was a belief that if the American military, along with its allies, could kill enough Viet Cong and North Vietnamese regular soldiers the Communists would seek an end to the war because they would simply run out of soldiers. This policy of using “body count” as a measure of success led to some of the worst practices in the conduct of the war. It was an utter failure in predicting the final outcome of the war.

It should be remembered however, that when the decision was made by President Nixon in December of 1972 to send large numbers of B-52 bombers into the heartland of North Vietnam, the large-scale losses of the North Vietnamese resulting from those strikes brought the North Vietnamese negotiators back to the Paris Peace talks, and a peace treaty was quickly signed in January of 1973. Of course, as history has revealed, it was a meaningless piece of paper.

In the current Ukraine/NATO Russia conflict, it is unlikely that the large-scale casualties being inflicted on the Ukraine/NATO forces can be sustained indefinitely. Unlike the very closed and controlled media situation in North Vietnam during the war, where accurate news of battlefield losses was heavily censored, the growing awareness by the Ukraine civilian population, as well as the awareness by the outside world of battlefield losses, is likely to exert enormous pressure on the political leadership to bring about an end to the hostilities, even if under unfavorable terms. Furthermore, the Ukraine military leadership may not be able to continue supporting the cost in men and material of the policies espoused by both the political leadership of the Ukraine and that of the NATO/EU leadership.

It is unlikely that the Russians are using the body count of the enemy forces as their key measure of success in achieving their political goals.  All the evidence indicates that it is the control of territory that is the most important measure of success for the Russians. From the beginning of the “special military operation” the Russians have not seemed to waver on what their political and military objectives are. Their calculus of cost is clearly being weighed against the gains they hope to achieve before the dying stops. 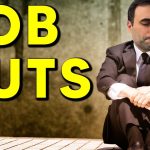 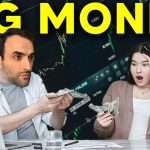