Only the central banks of Venezuela, Iran, and Singapore publicly disclose that they hold Bitcoin, at present.* Recent experimentation by major central bank players has excluded blockchain technology in their evaluation of cryptocurrency, which is different from blockchain. There is nothing wrong with blockchain, it is a superior technology ideally suited to distributed secure transactional exchange and accounting.

But blockchain technology is by definition limited in scope, where only a finite number of blocks can exist in the chain. Most central banks see that feature (limited scope) as being anathema, because central banks must issue unlimited amounts of their fiat currency . Of course the blockchain limitation – ie that only a finite number of blocks may ever exist – is what attracts people to Bitcoin. The means by which a blockchain asset may be equated to fiat is of course the rub.

Fundamentals. In the United States, only Simple Bank, Ally, Chime and USAA accept bitcoin — but not from all exchanges, and transaction volume is limited. That’s not going to change due to bitcoin’s extreme volatility. Why? Due to arbitrage where a bank must ensure that payment processing must not leave the bank exposed to negative capital flows, and thus bank liability, which is supposedly the reason tether, or “parasitic stablecoins”, exist.

There are many exchanges and many types of Bitcoin wallet, all with their own risk which may be substantial. An exchange like Satoshily — and there are many more — probably operates outside US banking law and regulatory requirements. By extension, major financials and ex-Goldman Bitcoin evangelist Raoul Pal must hold bitcoin securely, in a manner far different than the average punter would. The Big Cheese know how to hold bitcoin without using a centralized exchange, perhaps via a mainstream commercial bank and private relationship, aka financial contract, where the OCC has already partly condoned this type of holding. And not just for reasons of privacy, we the punters are unlikely to ever know how the contracts of substantial BTC holders are structured.

Bitcoin hodlers en masse must hold BTC like paper gold, since exchanges that pay interest on Bitcoin incur significant risk, and accounts that pay interest for stablecoin holdings incur even more risk. The interest rates are high, typically 6% for a BTC account and 8.6% for a stable coin account. The risk-reward for either relies on an exchange, and who on earth would ever trust their private keys to a third party? Point being, the contractual basis by which major financials like Goldman Sachs and some commercial banks hold bitcoin is a complete mystery, but apparently the OCC is okay with that mystery for now.

The recent decision by HM Treasury that Bitcoin and other crypto assets are unregulated exchange tokens will be helpful to advancing Blockchain technology but probably detrimental to taming Bitcoin’s Wild West in the near term, quote:

Unregulated tokens are neither e-money tokens nor security tokens and include: Exchange tokens: tokens that are primarily used as a means of exchange –this includes widely known cryptoassets such as Bitcoin, Ether and XRP.

That decision seems a little strange when Bitcoin is touted as a currency (it’s not); when related financial products like Bitcoin futures and options are traded as such; and when an “unregulated exchange token” can pay interest. But here we gain insight into the thinking of the Rulers of the Planet. HM Treasury says they are promoting development of new technology in the tradition of the City of London as a sovereign independent financial center. The City of London is also the center for the rapacious London Bullion Market Association, which colludes with the largely criminal Bank of International Settlements and CME to game precious metal markets, and has perpetrated financial crimes of an appalling nature.

Now, trading CME Globex futures for Bitcoin (BTCF1) is not possible on popular US trading platforms (example Etrade) and requires CME globex membership to trade… that’s likely why the BTCF1 volume is so low. BTC options are traded on a platform called Deribit a Netherlands crypto shill operation operating in Panama with dark pool associations which appear shady indeed. US locations are not allowed to trade on Deribit. LedgerX is another where US individuals may participate. Ultimate irony, the ‘options commodity’ Bitcoin is traded against, is the $ US benchmark which somewhat stretches the fabric of reality. As we’ve examined before, Bitcoin is not a currency, does not act like a currency, trades like a commodity but is not a commodity, looks like a security, and fully depends on speculation for its existence… so to label Bitcoin as an ‘unregulated exchange token’ by the UK Treasury somewhat boggles the mind.

Finally, to the US Central Bank discussion + ‘Rulers of the Planet’ thinking: the Novus Confidential argument being that Bitcoin is seen favorably by the Fed — for sterilization of capital and the ability to nuke that capital at will with no recourse to the nuked — has been largely ignored even by Bitcoin skeptics.** So lets’ end by writing that the Fed adherence to Bitcoin as a useful adjunct to US monetary policy is absolutely key to Bitcoin’s success to this point. Bitcoin psychotics, apologists and panderers such as Mex Keiser will of course dispute that fact. Point being, that only via the new regime in Washington will we finally have some indication about what’s pending. Not about the future for CB crypto which is a done deal – but for Central Bank adaptation of blockchain, which Novus Confidential submits not only will not happen, but that most central banks will eventually work to oppose, when blockchain attains much fiat share.

*There may be others but they are not big central banks.

**The linkage may be that some Bitcoin skeptics are adherents of MMT.

> “blockchain technology is by definition limited in scope, where only a finite number of blocks can exist in the chain”

nope. Bitcoin total blocks will be limited. But that’s not a quality inherent in Blockchain. That’s a Bitcoin imlementation decision.

That the author doesn’t know the basics, what value his opinion? 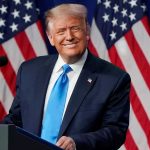 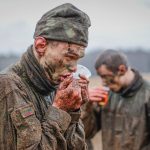