For several weeks now, one of the most discussed international events in Latvia has been Russia’s amassing of troops near the borders of Ukraine. However, not a lot of attention has been paid to similar displays of military force carried out by China. Although East Asia is far away from us, this can still be considered a test of the US’ ability to react in two sides of Eurasia simultaneously. And if Moscow and Beijing have indeed coordinated their efforts, this will be a rigorous test of the US’ response capabilities.

In the last few weeks, China has several times rushed to hold naval exercises, officially announcing them only one or two days before they take place. On 28-29 March, drills took place in the South China Sea near the EEZ of Philippines – this happened after Philippines accused China of engaging in unsanctioned activities in its EEZ. On 4 April, the Chinese aircraft carrier LIAONING with a battle group approached the territory of Japan, i.e. the Okinawa Islands where US forces are also stationed. Additionally, there was an increasing number of cases when aircraft of the Chinese Air Force violated Taiwan’s air defense identification zone, reaching a record number of 25 cases on 12 April.

Along with its military activities, China has also ramped up its political rhetoric against the US and Taiwan. On 26 March, the Chinese Ministry of Foreign Affairs accused the US of using its intelligence services and the army to incite the Uighurs to break away from China (the US accuses China of carrying out ethnic cleansing against the Uighurs that live in China’s western region of Xinjiang). Since late March, China has also been regularly accusing the US of violating the “One China policy”. This is due to the US possibly planning to partially legalize official contacts with Taiwan, which goes against the Communist Party’s interpretation of the “One China policy”. On 13 April, Chinese Premier Li Keqiang held a video conference with 20 heads of US companies, essentially urging them to ignore the US political leadership and further cooperation with Chinese businesses.

The US response came rather swiftly: on 4 April, the aircraft carrier USS THEODORE ROOSEVELT with a strike group arrived in the South China Sea and on 10 April was joined by a group of US landing ships. On 11 April, both ship groups engaged in joint military drills in the South China Sea near the Chinese-made artificial islands – some of which also house China’s military bases. All this took place a week before US ships responded the same way to Russia’s activities and sent its ships to the Aegean Sea.

The military and political escalations in East Asia have reached or even surpassed the level of the nineties. Even though the situation in the region worsened after Joe Biden’s inauguration, which was seen as a “reaction test” of the new US administration (which in diplomacy is nothing unusual), the current escalations began immediately after the unsuccessful talks between Chinese Director of the Central Foreign Affairs Commission Office Yang Jiechi and Minister of Foreign Affairs Wang Yi and the US secretary of state and national security advisor. After both Chinese officials returned to Beijing, they met with Russian Minister of Foreign Affairs Sergey Lavrov. If China and Russia are coordinating their actions, it will be ae challenge to Biden’s administration, whose response will determine how Moscow and Beijing treat the US in the next four (or eight) years.

For readers who may be seeking ways to understand the world beyond the regular media paradigm:

The rest of the world outside of the US hates Amerika and it’s impotent cucks as much as they hate their treacherous inbred islamo facists ISIS/Daesh/AQ/Saudi Barbaria “partners” along with Lord Ziostein’s illegal mafia state which should be expired with a nuke or 4. 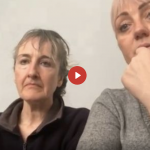 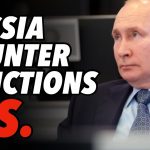