The Duran’s Alex Christoforou and Editor-in-Chief Alexander Mercouris discuss the disappearance of German Chancellor Angela Merkel amidst the latest migrant row between Turkey and the European Union via the Greek and Bulgarian borders.

In Germany, CDU chairman Friedrich Merz, broke away from Merkel’s ‘all migrants welcome policy,’ stating that he wants to offer Turkey “every support” it needs to deal with the refugee situation, while declaring that there is no point for migrants to try and enter Germany, stating “we cannot accept you here.”

In view of the influx of migrants at the Turkish-Greek border, the CDU chairman Friedrich Merz demands that Turkey be given all the necessary support to accommodate refugees. At the same time, a loss of control as in 2015 must be avoided.

“First of all, this is a major humanitarian catastrophe, which is currently taking place on the Greek islands and also between Greece and Turkey,” Merz told MDR Aktuell on Monday. “The Federal Republic should help and maybe help more than it has done so far.” Germany had to be ready “to give every support, every help also to Turkey, to enable a reasonably decent accommodation”.

“And at the same time we have to send a signal to the refugees there: There is no point in coming to Germany,” emphasized Merz. “We cannot accept you here.” In Germany, everyone involved agreed that something like the refugee influx in 2015/2016 should not be repeated. Germany must of course also keep control of its own borders if such a situation should occur again, said Merz. The word loss of control was rightly used in Germany in 2015 and 2016, and should not be repeated.

Merz’s competitor in the fight for the post of CDU leader, Norbert ROttgen, instead called for a new edition of the refugee agreement with Turkey. “Either we Europeans help the refugees in Turkey in cooperation with Turkey, or the refugees are driven out of their misery and come to us,” said the chairman of the Foreign Affairs Committee in the Bundestag on Monday in the ARD “morning magazine”. “That’s why we need a new edition of such an agreement.” It is now a matter of providing financial help “very quickly” to help refugees in Turkey.

ROttgen also called for more pressure on Russia in the Syria conflict. “We clearly have to put pressure, political, economic pressure on Russia.” Russia is “politically the decisive player” to get the causes of flight in Syria under control. “We look away and only react when the damage is there,” he criticized. Everything that happens now is “foreseeable at least for weeks”.

Following Turkey’s announcement to open the borders to the EU, thousands of migrants are trying to get to Western Europe. According to the UN, around 13,000 migrants endure cold weather on the Turkish border with Greece.

Well, I don’t know about Angela but I did see Kelly Craft handing out cookies to al Qaeda in Idlib.

ROttgen, sounds like a genetic marker for schizophrenia.
Blaming Russia for the refugees Turkey, the US and the EU caused via their terrorist proxies and sanctionmania? Yep, pure schizophrenia.

Friedrich Merz is (or was until very recently) chairman of the “Atlantik-Brücke” (Atlantic Bridge, see Wikipedia).
So we know on whose side he is on and it should not come as a surprise that he criticises Putin.

Is it hot there? LOL

Blame Russia? Who was it who wanted regime change in Syria that started all of this?

Merkel might have her head down, but the US and Israel are pretty quiet as well.

Here I am knocking off regimes helter skelter. It’s sort of like a circular Polish firing squad thing.

Here’s the latest sign on the M5 Highway to Idlib, for English-speaking occupiers: 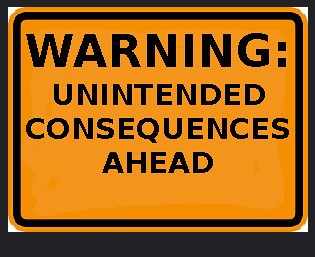 I think I found Angela Merkel and her guardian angel, after the latest migrant crisis.

Thank you for this video, Alex and Alexander! I love your videos. A Duran a day keeps the doctor away!