The biggest news story of 1988 was the destruction of Pan Am Flight 103 over Lockerbie, Scotland that killed 270 people. The US government falsely informed the world that Libya was responsible for an act of terrorism. It was later proven that Iran funded the downing of Pan Am Flight 103 in retaliation for the shoot down of Iran Air Flight 655 by a US Navy warship five months earlier. The US government knew that Iran was responsible but blaming Iran for an eye-for-an-eye retaliation would demonstrate that a regional power can hit back at a superpower.

“Sea of Lies”; Newsweek; July 13, 1989.; revealed that the USS Vincennes was not under attack when it shot down an Iranian airliner; https://www.newsweek.com/sea-lies-200118

“The Maltese Double Cross”; a 1994 documentary about Pan Am 103 that was banned in the UK and USA; https://en.wikipedia.org/wiki/The_Maltese_Double_Cross_%E2%80%93_Lockerbie

Despite the fact Scottish courts freed the accused Libyans, the official story remains that Libya was responsible, as evidenced by Wikipedia placing well-documented alternative theories in a separate section as “conspiracy theories.”; https://en.wikipedia.org/wiki/Pan_Am_Flight_103_conspiracy_theories 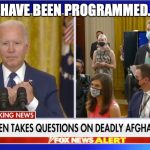