They’ve fought to stop the inauguration They’re fighting to destroy our nation While 700,000 protesters are converging on Washington D.C. for Inauguration Day—in addition to anti-Trump rallies planned in dozens of cities across the country—the political groups behind the protests remain shrouded in mystery.

Mr. Loudon, a regular contributor to Glenn Beck’s online programming, is the foremost expert on the left-wing organizers of mass protests. DangerousDocumentaries.com CapitalResearch.org 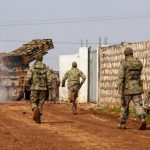 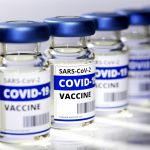