Authored by Eric Margolis via EricMargolis.com:

There, a valiant, fiercely-independent people, the Pashtun (Pathan) mountain tribes, have battled the full  might of the US Empire to a stalemate that has so far cost American taxpayers $4 trillion, and 2,371 dead and 20,320 wounded soldiers.  No one knows how many Afghans have died. The number is kept secret.

Pashtun tribesmen in the Taliban alliance and their allies are fighting to oust all foreign troops from Afghanistan and evict the western-imposed and backed puppet regime in Kabul that pretends to be the nation’s legitimate government.  Withdraw foreign troops and the Kabul regime would last for only days.

The whole thing smells of the Vietnam War.  Lessons so painfully learned by America in that conflict have been completely forgotten and the same mistakes repeated.  The lies and happy talk from politicians, generals and media continue apace.

This week, Taliban forces occupied the important strategic city of Ghazni on the road from Peshawar to Kabul.  It took three days and massive air attacks by US B-1 heavy bombers, Apache helicopter gun ships, A-10 ground attack aircraft, and massed warplanes from US bases in Afghanistan, Pakistan, Qatar and the 5th US Fleet to finally drive back the Taliban assault.  Taliban also overran key military targets in Kabul and the countryside, killing hundreds of government troops in a sort of Afghan Tet offensive.

Afghan regime police and army units put up feeble resistance or ran away.   Parts of Ghazni were left in ruins.  It was a huge embarrassment to the US imperial generals and their Afghan satraps who had claimed ‘the corner in Afghanistan has finally been turned.’

Efforts by the Trump administration to bomb Taliban into submission have clearly failed.   US commanders fear using American ground troops in battle lest they suffer serious casualties.  Meanwhile, the US is running low on bombs.

Roads are now so dangerous for the occupiers that most movement must be by air.  Taliban is estimated to permanently control almost 50% of Afghanistan.  That number would rise to 100% were it not for omnipresent US air power.  Taliban rules the night.

Taliban are not and never were ‘terrorists’ as Washington’s war propaganda falsely claimed.  I was there at the creation of the movement – a group of Afghan religious students armed by Pakistan whose goal was to stop post-civil war banditry, the mass rape of women, and to fight the Afghan Communists.  When Taliban gained power, it eliminated 95% of the rampant Afghanistan opium-heroin trade. After the US invaded, allied to the old Afghan Communists and northern Tajik tribes, opium-heroin production soared to record levels.  Today, US-occupied Afghanistan is the world’s largest producer of opium, morphine and heroin.

US occupation authorities claim drug production is run by Taliban.  This is another big lie.  The Afghan warlords who support the regime of President Ashraf Ghani entirely control the production and export of drugs.  The army and secret police get a big cut.  How else would trucks packed with drugs get across the border into Pakistan and Central Asia?

The United States has inadvertently become one of the world’s leading drug dealers.  This is one of the most shameful legacies of the Afghan War.  But just one.  Watching the world’s greatest power bomb and ravage little Afghanistan, a nation so poor that some of its people can’t afford sandals, is a huge dishonor for Americans.

Even so, the Pashtun defeated the invading armies of Alexander the Great, Genghis Khan, Tamerlane, the Mogul Emperors and the mighty British Raj.  The US looks to be next in the Graveyard of Empires.

Nobody in Washington can enunciate a good reason for continuing the colonial war in Afghanistan.  One hears talk of minerals, women’s rights and democracy as a pretext for keeping US forces in Afghanistan. All nonsense.  A possible real reason is to deny influence over Afghanistan, though the Chinese are too smart to grab this poisoned cup.  They have more than enough with their rebellious Uighur Muslims.

The canard that the US had to invade Afghanistan to get at Osama bin Laden, alleged author of the 9/11 attacks, is untrue.  The attacks were made by Saudis and mounted from Hamburg and Madrid, not Afghanistan.  I’m not even sure bin Laden was behind the attacks.

My late friend and journalist Arnaud de Borchgrave shared my doubts and insisted that the Taliban leader Mullah Omar offered to turn bin Laden over to a court in a Muslim nation to prove his guilt or innocence.

President George Bush, caught sleeping on guard duty and humiliated, had to find an easy target for revenge – and that was Afghanistan. 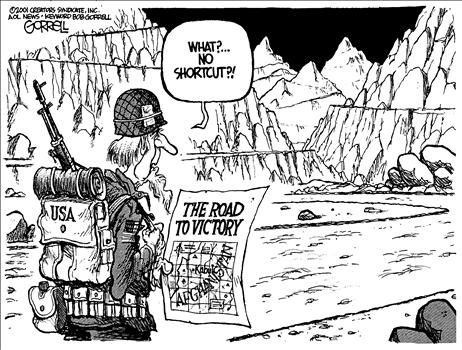 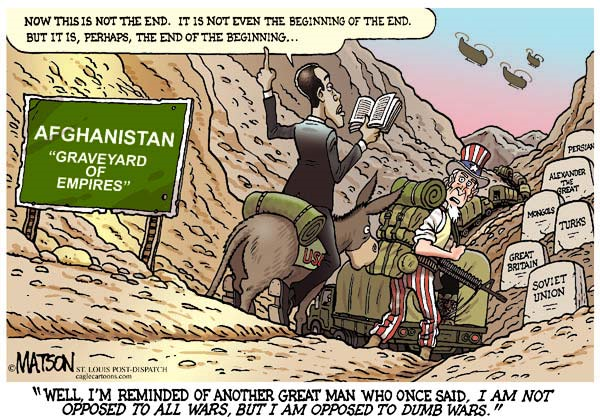 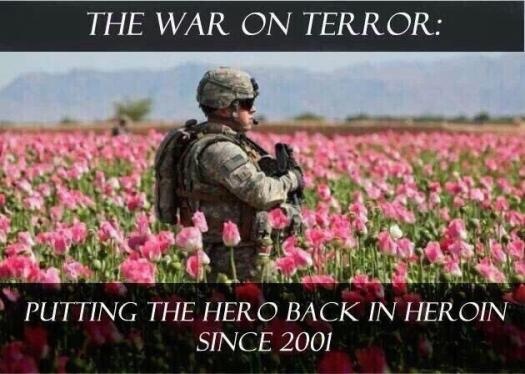 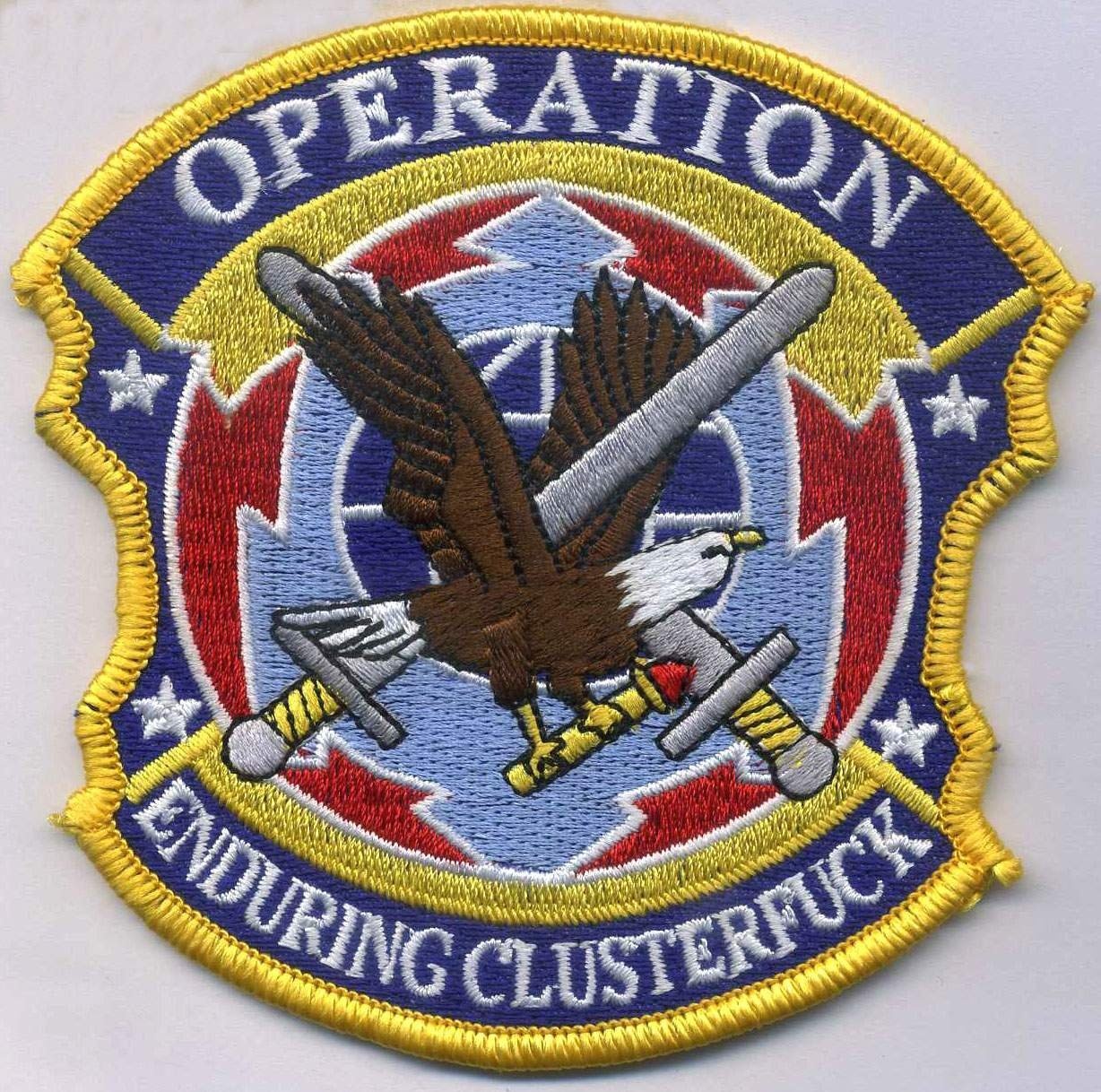 Winning? Losing? Irrelevant. The MIC owns congress due to politicians’ greed. Very simple. So keep the money going to make weapons of mass destruction and we’ll find a way to use them up, and kill with them, and order some more lethal gravy, no problemo mon. That is what Amerikkka is now: violence, cruelty, racism, genocidal mania gone amuk … and going futher amok daily until we’re all ashes, including the planet apparently. And nothing more that is significant anymore. No wonder civil war is on our horizon now, or revolution, or whatever it’ll be called when all hell breaks… Read more »

Interestingly enough, just like the wars on Iraq, Syria, and Iran, the war on Afghanistan was also planned even before 9/11. This is easily verifiable if one does his or her own research.

The Afghanistan People have never been defeated since the beginning of their country. Other countries have tried but have failed like the US is failing now.

The cost of that “airpower” to us taxpayers is over 200 BILLION dollars PER YEAR. Most of that is fuel, wages, bribes and spare parts as the air farce desperately raids storehouses and museums to keep their decrepid aircraft flying. us factories can’t make bombs and munitions fast enough to keep up with demand. Lake City (Federal) runs 24 hrs a day, seven days a week and cannot keep up with the ammunition expenditure. Estimates conclude that the us military has a ratio of 140 to 160 THOUSAND rounds of ammuntion expended PER ENEMY KILLED. My conclusion? Well, the world’s… Read more »

Big salute to the Pashtun, truly warriors and free men.
CIA heroin trade gives them money to finance their dirty deeds, its no wonder Eric Prince of Blackwater wants to take over as a “private operation”.

When you are brainwashed from birth that Islam especially (or any other religion for that matter) is the only way belief / way to live, you certify your time on this planet into the hands of people who don’t necessarily have you true welfare at heart. The CIA’s involvement in the heroin trade simply proves the existence of the “black swamp” dwellers currently thriving in the US Pentagon and Jewish owned corporate media, having been taken from the British Empire.. The only survivable way forward is to ban the exposure of children to religion until they are old enough to… Read more »