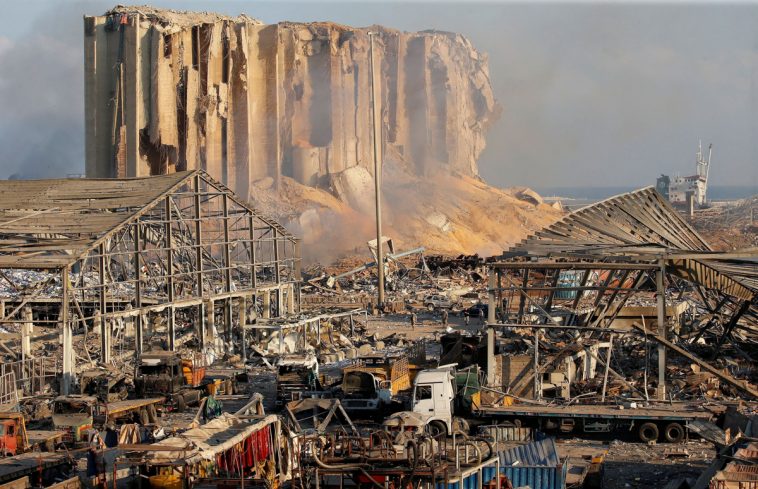 A general view shows the damage at the site of Tuesday's blast in Beirut's port area, Lebanon August 5, 2020. REUTERS/Mohamed Azakir TPX IMAGES OF THE DAY

People in Beirut have expressed anger at the government over what they say was negligence that led to Tuesday’s huge explosion.

President Michel Aoun said the blast was caused by 2,750 tonnes of ammonium nitrate stored unsafely in a warehouse.

Many have accused the authorities of corruption, neglect and mismanagement.

The blast killed at least 137 people and injured about 5,000 others, while dozens are still missing. A two-week state of emergency has begun.

French architect Jean-Marc Bonfils, involved in rebuilding the city after the civil war, and firefighter Sahar Fares, one of the first responders at the scene, were among the first fatalities to be named. A German diplomat was also among the dead.

“Beirut is crying, Beirut is screaming, people are hysterical and people are tired,” filmmaker Jude Chehab told the BBC, calling for the people responsible to face justice.

Root cause of the problem being, the more educated upper-half of society so loves to be rich that they worship the rich and function as slave-driver over the 50% working-poor.
End result being, the 25% rich ruling-class hoards 75% of wealth, 25% middle-class hoards 25% of wealth and the 50% working-poor never has the wealth to hire the politicians needed to gain liberty.

yeah sure…..it was an accident…..been sitting there for a number of years….it’s existence and location were well known…..it’s potential damage to a known enemy was understood…..that some immoral state would take advantage of this perfect situation does not surprise me in the least….it was only surprising in that it didn’t happen earlier….”by way of deception….”you know the rest…..don’t be naive…..!!!!

Make up your own mind.

Russia owned the fertilizer that caused the disaster, and was responsible for making sure that it was stored safely.
Over 20% of Israel population came from Russia and the most reactionary Right politicians in Israel are Russian.
My thought is, Syria must order Russia to shoot down all war planes and missiles from Israel — or else remove from Syria — Russia’s only military port on the Mediterranean Sea.

I am disappointed that two of my favorite journalists turn out to be defenders of the indefensible. While Israel may “prefer” surgical strikes that avoid civilian casualties, that certainly wasn’t true about 9/11. And the way Israel treats Palestinians, including young Palestinian children arrested and imprisoned (who often die in these prisons), I would not conclude that Israel is particularly concerned about civilian casualties. And if the attack on Lebanon may not follow their “pattern of operation” – as there are so many operations, and most of them don’t even end up being blamed on Israel but on others, it… Read more »

Cui bono in English “to whom is it a benefit?”

Like Alex and Alexander, I am deeply sorry for the deaths and destruction this explosion caused in Lebanon. It is a horrible thing! I also have fond memories of Beirut, which I visited often in the 1970s. It was a wonderful city, actually my favourite city on the Mediterranean Sea, as far as I know them. I also liked the Lebanese people I met, they were so generous and joyful. The food was marvellous. Some called Beirut the “Paris of the Orient” because the educated class speaks French and they lived a very sophisticated life. I do not really know… Read more »

Prof it was a weapon!

Aha, the video was taken down! Interesting! 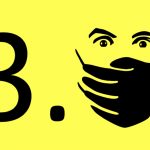 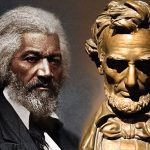