The Biden Administration’s active backing of censorship by America’s giant social-media corporations was legally challenged on May 5th in what will be a landmark case that will rock the United States, and that could even transform censorship law around the world. Its first-stage legal venue is the U.S. District Court for the Western District of Louisiana in Monroe, but the drafters of the “Complaint” (or case) are both the Solicitor General and the Attorney General of Louisiana, and both the Solicitor General and the Attorney General of Missouri, all four persons being Republicans and bringing the case perhaps for largely political reasons, but nonetheless the case that they have brought to the Court is crushingly powerful, and in order for a reader to see and evaluate it for oneself, the three pages 2-4 of the 86-page document should be seen and that document is linked to here. However, for readers who don’t have the time or inclination to consider the entire document, here are just those three crucial pages of it:

NATURE OF THE ACTION

1. In 1783, George Washington warned that if “the Freedom of Speech may be taken away,” then “dumb and silent we may be led, like sheep, to the Slaughter.” George Washington, Address to the Officers of the Army (March 15, 1783). The freedom of speech in the United States now faces one of the greatest assaults by federal government officials in the Nation’s history.

2, A private entity violates the First Amendment “if the government coerces or induces it to take action the government itself would not be permitted to do, such as to censor expression of a lawful viewpoint.” Biden v. Knight First Amendment Institute at Columbia Univ., 141 S. Ct. 1220, 1226 (2021) (Thomas, J., concurring). “The government cannot accomplish through threats of adverse government action what the Constitution prohibits it from doing directly.” Id.

3. That is exactly what has occurred over the past several years, beginning with express and implied threats from government officials and culminating in the Biden Administration’s open and explicit censorship programs. Having threatened and cajoled social-media platforms for years to censor viewpoints and speakers disfavored by the Left [referring obliquely there to the Democratic Party], senior government officials in the Executive Branch have moved into a phase of open collusion with social-media companies to suppress disfavored speakers, viewpoints, and content on social-media platforms under the Orwellian guise of halting so-called “disinformation,” “misinformation,” and “malinformation.”

4. The aggressive censorship that Defendants have procured constitutes government action for at least five reasons: (1) absent federal intervention, common-law and statutory doctrines, as well as voluntary conduct and natural free-market forces, would have restrained the emergence of censorship and suppression of speech of disfavored speakers, content and viewpoint on social media; and yet (2) through Section 230 of the Communications Decency Act (CDA) and other actions, the federal government subsidized, fostered, encouraged, and empowered the creation of a small number of massive social-media companies with disproportionate ability to censor and suppress speech on the basis of speaker, content, and viewpoint [the case here is not that Biden did that but that the Biden Administration — like its predecessors — failed to enforce that Act’s requirement of such companies that they must never censor the contents that are submitted to and through their platforms or else they must consequently lose their legal exemptions from being sued for libel or slander that is being communicated within such content]; (3) such inducements as Section 230 and other legal benefits (such as the absence of antitrust enforcement) constitute an immensely valuable benefit to social-media platforms and incentive to do the bidding of federal officials [but this statement criticizes a law, the CDA, that preceded the Biden Administration, and therefore the only relevance of it to the present case is the Biden Administration’s taking advantage of that law in order to achieve the Administration’s censorship-objectives]; 4. federal officials — including, most notably, certain Defendants herein — have repeatedly and aggressively threatened to remove these legal benefits and impose other adverse consequences on social-media platforms if they do not aggressively censor and suppress disfavored speakers, content, and viewpoints on their platforms; and (5) Defendants herein, colluding and coordinating with each other, have also directly coordinated and colluded with social-media platforms to identify disfavored speakers, viewpoints, and content and thus have procured the actual censorship and suppression of the freedom of speech. These factors are both individually and collectively sufficient to establish government action in the censorship and suppression of social-media speech.

6. As a direct result of these actions [exploiting the corrupt CDA], there has been an unprecedented rise of censorship and suppression of free speech — including core political speech — on social-media platforms. Not just fringe views, but perfectly legitimate, responsible viewpoints and speakers have been unlawfully and unconstitutionally silenced in the modern public square. These actions gravely threaten the fundamental right of free speech and free discourse for virtually all citizens in Missouri, Louisiana, and America, both on social media and elsewhere.

The law-blog by Liz Dye headlined about this case on May 6th, “MO and LA  Attorneys General Sue Anthony Fauci And Joe Biden For Censoring Them On Twitter” and attacked it by alleging that “In short, their argument is that Joe Biden, Anthony Fauci, and Jen Psaki passed Section 230 in 1996 as a means of coercing Twitter to censor COVID misinformation and Hunter Biden’s laptop in 2020.” However, that mischaracterizes it. The case instead alleges that during Biden’s Presidency, his Administration has, indeed, been encouraging censorship by private corporations (just like that opening summary of it documents to be illegal to do). Dye is correct that so too did President Trump and his Administration, (and others prior to that did it too), but the accusations in the present case are ONLY that THIS President and HIS Administration have been, and are, doing it. The remainder of the 86-page document is devoted to analysis of specific examples of this, on the part of that Administration.

PERSONAL NOTE: I have always opposed the CDA (a law that was nominally concerned to salve the worries of parents against their children’s being exposed to “indecencies” on the then-emerging internet but was quickly transformed by corporate lobbyists into a turf-battle between social-media companies versus legacy news organizations), and I hope that the case in the present instance will succeed and will force a rewrite of that law — a corrupt and egregiously drafted law in which our overwhelmingly corrupt Senators and Representatives tried simultaneously to serve the interests of emerging Silicon Valley billionaires and of the physical legacy ‘news’-media billionaires, and ignored both the U.S. Constitution and the American public, while nominally addressing the concerns of parents of young children, but instead producing censorship by “interactive computer services”, a.k.a., “social-media companies,” while nonetheless granting those “online platforms” legal protections that the legacy ‘news’-media don’t have against defamation-suits. The CDA is a crisscrossing of multiple deceits. It’s a perfect example of an aristocratic Government — not of any democracy. Censorship is a sure sign of dictatorship, and CDA merely plays games with it. (In fact, the 1996 law’s “Indecency” provisions quickly became overturned by the U.S. Supreme Court the following year, in 1997, in Reno v. ACLU,) The CDA nominally requires “interactive computer services” not to censor, but yet enables them to censor even in ways that traditional ‘news’-media aren’t allowed to. It’s a multiply-corrupt mess. The current lawsuit uses it as a wedge to pry open and transform the existing condition of First-Amendment law so that ALL censorship will become disallowed. If the case succeeds, that would threaten America’s billionaires to lose a lot of the power that they now have. I therefore don’t expect it to succeed. At present, America’s Government serves the public to the billionaires, instead of to protect the public from the billionaires. The Constitution, which our great Founders produced (and including its Amendments improving upon it), has become just a sheet of parchment with ink on it, meaning whatever the Supreme Court ‘Justices’ (who are alien to its authors, those Founders) choose to say it means.

I cannot see the case succeed either. As the powerful and corrupt elite will not want to be exposed to any scrutiny by their common subjects.

Sounds as you describe the legal move, crushingly powerful. Your personal note is well worth noting. Keep up the good work of reporting good moves deserving of all our support Mr Eric Zeusse. 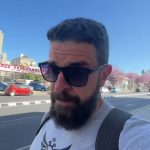 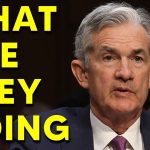