Thank you Hillary for being such a horrible candidate that in spite of having the media, Hollywood, the globalists, Wall Street, illegal votes and a rigged primary plus over a billion dollars behind you, you still LOST.﻿

And all the other female writers who didn’t want to meet Hilary probably got fired.

I didn’t even vote for Trump, but found this seriously cringe worthy……﻿

How much did the Clintons pay for this little propaganda piece ?﻿

The fact that she has a vagina is so inspiring!
Thank you for having a vagina

See how stupid this is?﻿

this woman called women who didn’t vote for her weak. sickening 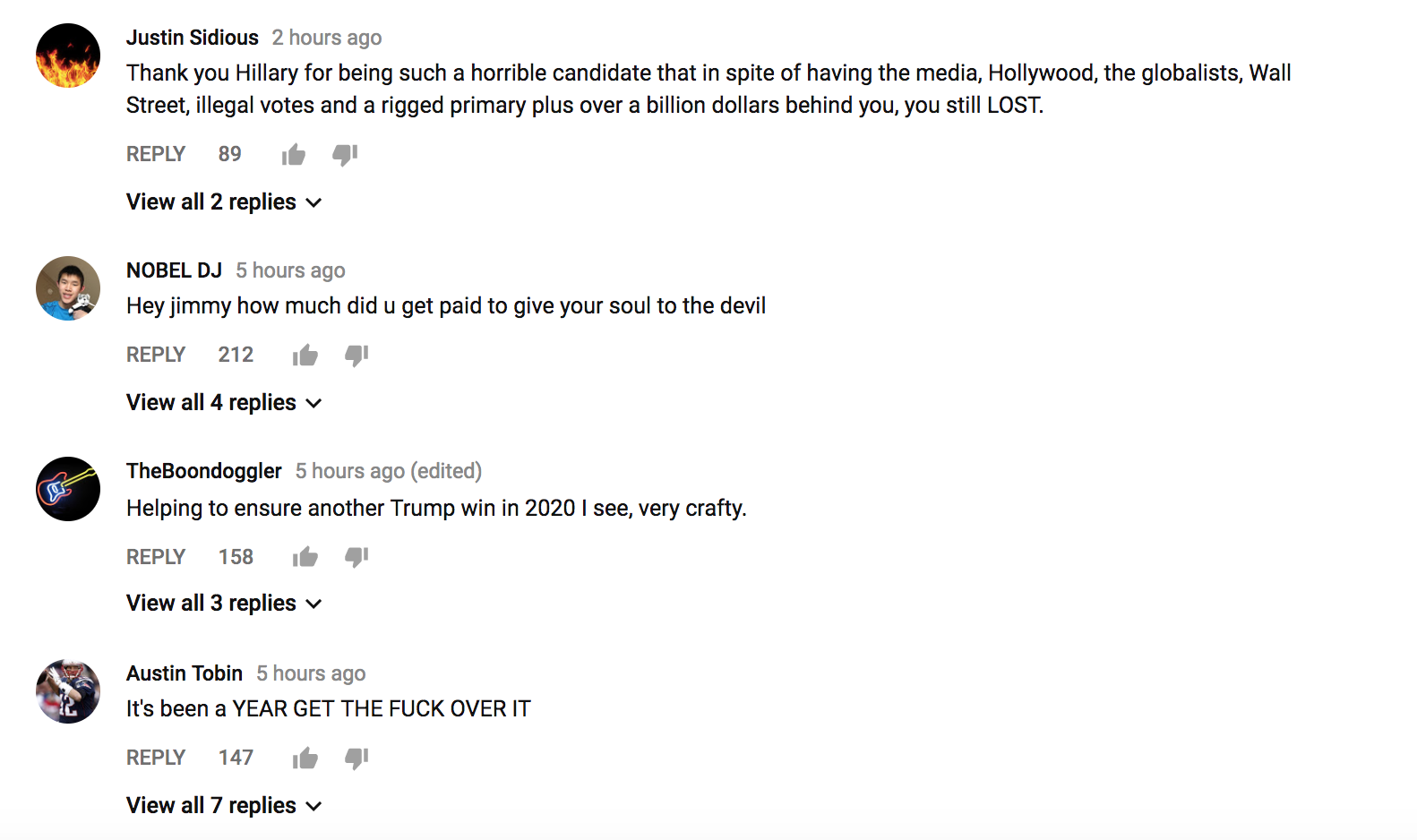 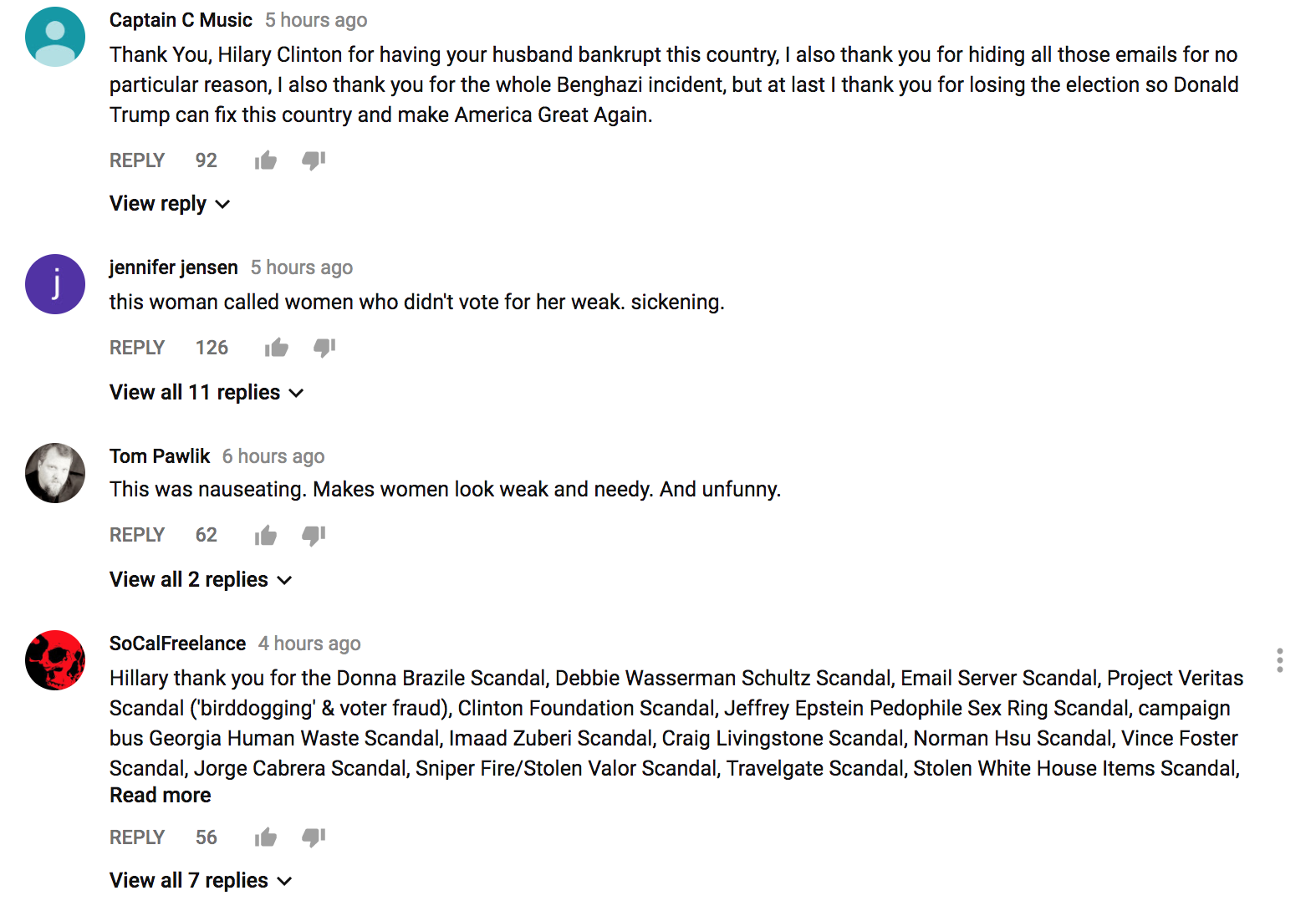 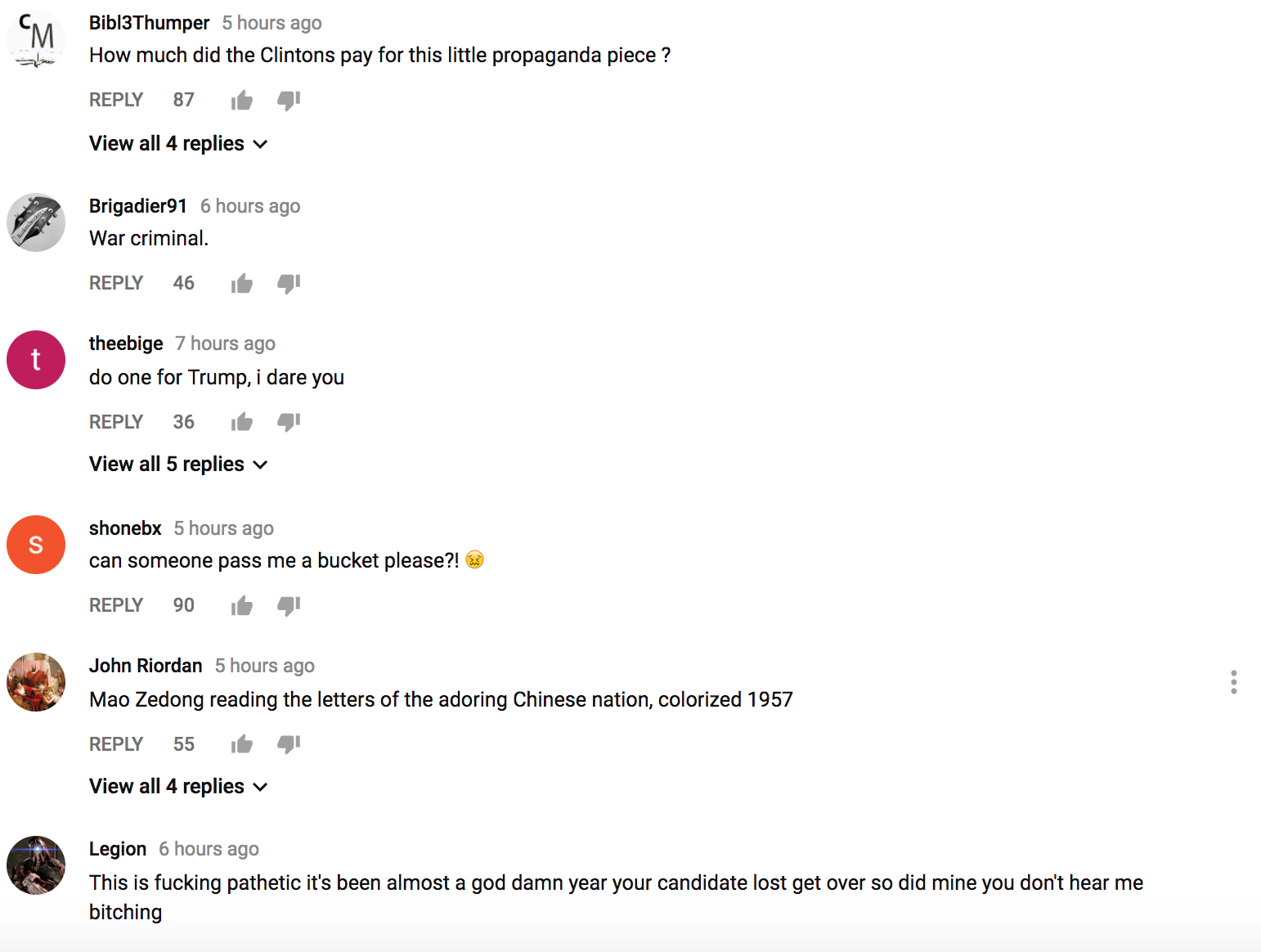 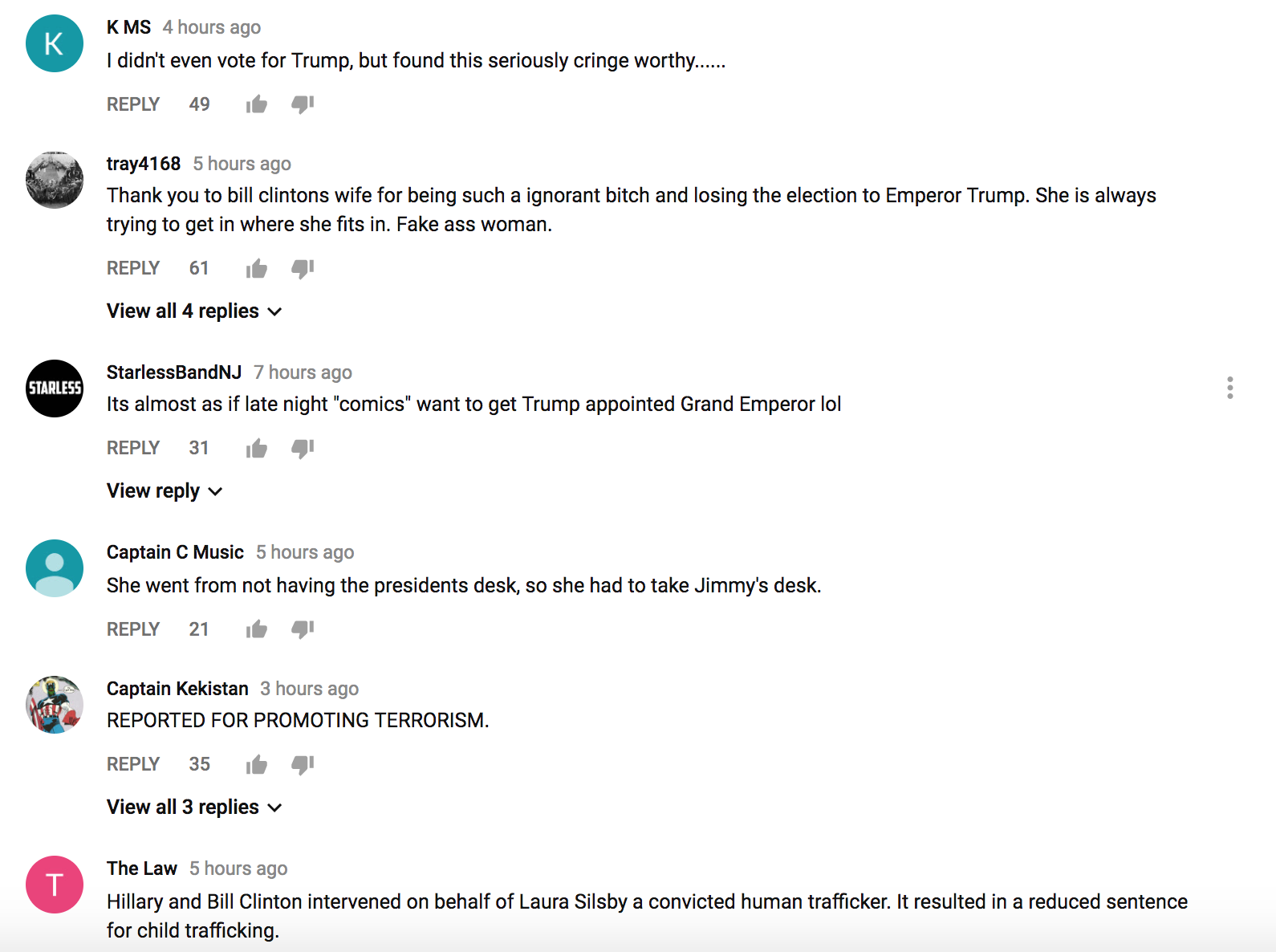 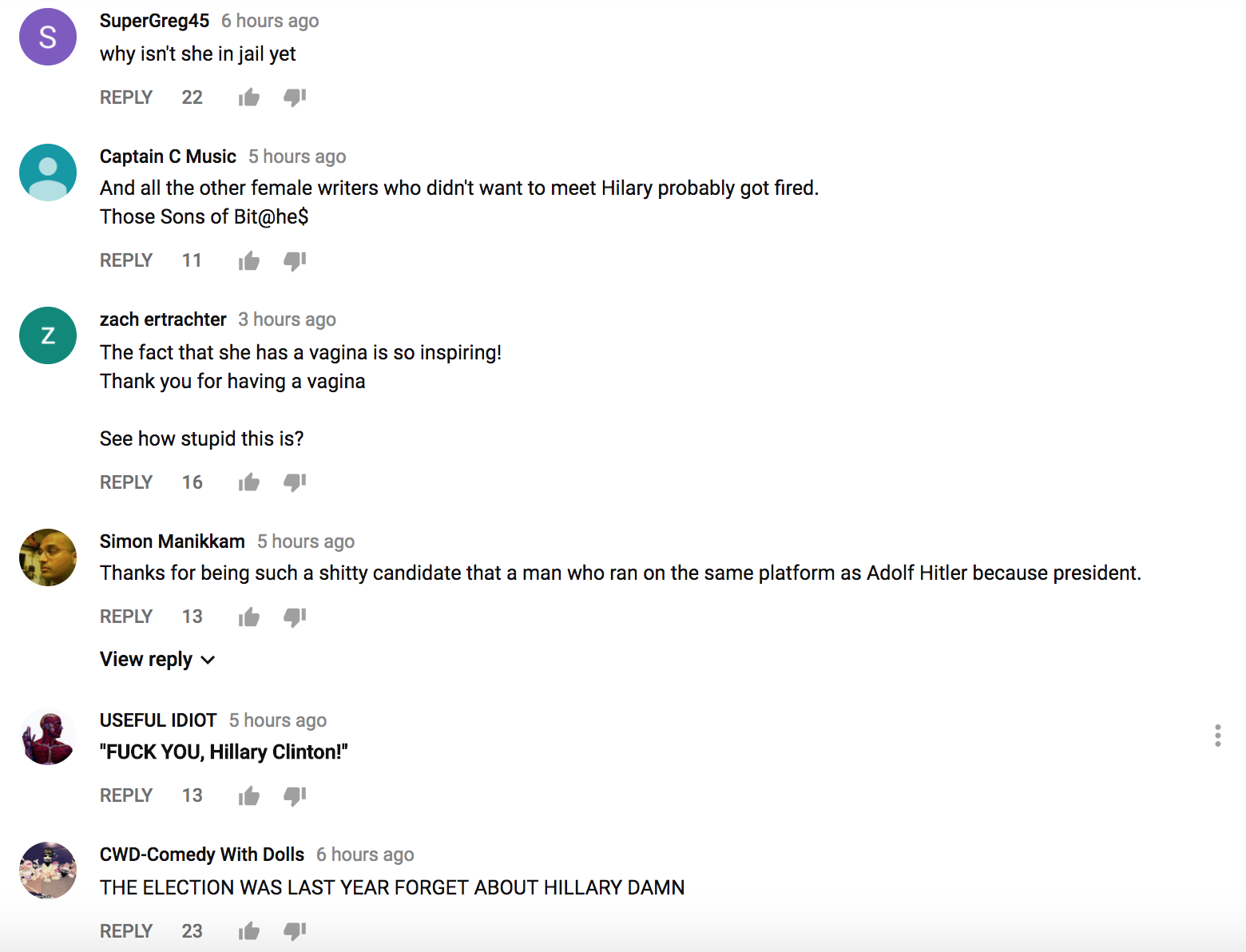 Fox News’ sharp Greg Gutfeld was spot on, when he told Tucker Carlson, “This is world’s first anti-victory tour.”