The aggressive pressure against Serbs is tremendous, and now we see that the US government is actively threatening Serbs with punishment and sanctions if they do not agree with US foreign policy.

Below, you can see my appearance with famous TV journalist Milomir Marić on the morning show on Happy TV on Nov. 29. English subtitles added. Please subscribe for more from this channel.

For the last couple of days, I have been emailing high-ranking representatives of the US State Department to try to prevent threats of war from the United States directed against Serbs.

Chollet is a typical DNC neoliberal warmonger, with a background from the German Marshall Fund, and with these kinds of aggressive attitudes, it is interesting to note that from 2009 to 2011, he was the Principal Deputy Director of Secretary of State Hillary Clinton’s Policy Planning staff.

A counselor in the US State Department answers only to the Secretary of State, and this is a very high-ranking position.

I wrote the following email to Mr. Chollet, the US ambassadors in Belgrade and Sarajevo, the incoming US Ambassador to Belgrade, Mr. Christopher R. Hill, and key officers at the embassies, which I have included as recipients of my newsletter:

My name is Kristian Kahrs, and I am a former NATO officer in Kosovo from Norway. Fairly regularly, I appear on Serbian national TV because I am now critical to the NATO mission in the Balkans. Now, I see rather concerning statements from Mr. Chollet.

The harsh rhetoric in this article seems unnecessary, and I wonder what you mean by the word intervention. When I used to work as a NATO officer for KFOR, we often spoke about the NATO intervention, not the war or aggression on Yugoslavia. How far is the United States willing to go to punish those Serbs in Bosnia and Hercegovina who do not agree with US foreign policy? Are your threats of intervention really threats of war?

I would appreciate assurances from the US government so that we can continue to work for peace in the Balkans, and I hope this harsh rhetoric does not imply that you are planning another act of armed aggression against Serbs.

As you see above, I have also included some of the key officers at the US embassies in Belgrade and Sarajevo. I hope we can have a good dialogue and that the United States will be a partner for peace, and I hope to have a good dialogue with you in one of my TV appearances.

You might also be interested in seeing my challenge to the Bosnian Baroness Arminka Helić, a member of the UK House of Lords.

As indicated in the subtitle above,I have also had contact with the US Secretary of State Antony Blinken (Antony without H). I have used two different email addresses, and Blinken has bothered to unsubscribe from both of them. But at least I have been blinked by Blinken, and I am glad he scrolled down to unsubscribe.

I will continue to challenge the US hypocrisy and double standards when they say they are for peace, but instead creating war and havoc.

Fomenting wars in Goyim nations. It’s what the Jews have always done.

Dont waste your energies sucking up to the US , just ring Mr Putin , hes an old friend , he will know what needs doing . 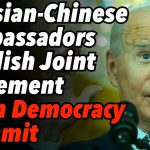 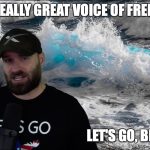