Former Virginia State Senator Richard H. Black was recently interviewed by Mike Robinson.  In the video, Black discusses the conflict in Ukraine, his views on NATO expansionism, and draws parallels with the conflict in Syria. Black said the US has a strategic policy of using proxies to engage in war to overthrow existing governments.  He said the decision for war in Ukraine was made in Washington, DC.

Black said that Ukraine is meaningless to Americans, and yet American lives are affected by paying billions of dollars for weapons for Ukraine.  A similar case in Syria, where Radical Islamic terrorists were used for a proposed regime change, failed. According to Sheikh Hamad bin Jassim al-Thani, former Prime Minister and Foreign Minister of Qatar, the US-sponsored regime change project in Syria cost billions of dollars and was administered by the US through the CIA office in Turkey.

“NATO’s arrogance prevents a serious response to Russia’s reasonable request that Ukraine never is accepted into the alliance,” said Black.

On Feb 19, Black urged Washington to seriously consider Russia’s call not to expand NATO. He said, “NATO and the United States refused to respond in the affirmative to Russia’s request to abandon a further expansion of the alliance and withdraw foreign troops from countries adjacent to Russia.”  He noted that this proposal deserved serious consideration, and refusal to negotiate could put Russia in a national security crisis.

Earlier, Black told Sputnik that the recognition of the Luhansk and Donetsk People’s Republics (LPR, DPR) by Russian President Vladimir Putin is an indication that he intends to take further action in the east of Ukraine while expressing hope that the United States and the European Union will work to resolve the crisis peacefully.

“By signing the decree, President Putin has made clear his seriousness and willingness to take further action,” Black said. “Hopefully this will cause the US and European powers to work toward resolving matters in a way that avoids bloodshed for both Russians and Ukrainians.”

Black was not surprised by the Russian lower house’s recognition of the breakaway republics in the Donbas region, and said that it was “morally justified because Ukraine had abrogated its responsibilities under the Minsk agreements, conducted artillery shelling of the region, and imposed an economic blockade on the population.”

“Until now, they have been dismissive of Russia’s genuine apprehensions,” he stressed. “The US had 200 Florida National Guard troops deployed inside of Ukraine, and Canada had its troops deployed there too. Actions such as those were an unacceptable threat to Russia. That should have been obvious to anyone. Yet until now, politicians have seemed oblivious to the danger that NATO’s reckless eastward advance caused for both Russia and even Western nations too.”

Black believes that an independent non-aligned Ukraine would provide stability in the region. “Ideally, Ukraine would be treated as Austria was during the Cold War, when the Soviet Union permitted it to become a sovereign, non-aligned, demilitarized buffer between East and West,” he explained recalling the 1955 Austrian Declaration of Neutrality incorporated into its constitution.

Who is Senator Black?

Black was a career military officer, having served in both the US Marines and in the US Army JAG Corps. He served a total of 31 years active and reserve, rising from the rank of private to full colonel. He was a pilot in the US Marines during the Vietnam War, earning the Purple Heart medal, while flying 269 combat helicopter missions.

Black has faced criticism from mainstream media in the US because he offers views that are divergent from the institutionalized biased media, which has covered the war in Syria by glorifying the rebels and demonizing the Syrian government.  The media fails to report that the so-called rebels are following the same Radical Islam political ideology that ISIS, Al Qaeda, and the Muslim Brotherhood expound.

In April 2014, Black sent a letter to Syrian President Bashar al-Assad thanking “the Syrian Arab Army for its heroic rescue of Christians in the Qalamoun Mountain Range”, and for “treating with respect all Christians and the small community of Jews in Damascus.”  Black stated it was obvious that the rebel side of the war was largely being fought by “vicious war criminals linked to Al Qaeda.”

In 2015 ISIS included Black in a list of its enemies, calling him “The American Crusader.”  ISIS quoted the following statement by Black, “One thing is clear, if Damascus falls, the dreaded black and white flag of ISIS will fly over Damascus. … Within a period of months after the fall of Damascus, Jordan will fall and Lebanon will fall. … I think you will automatically see a beginning of a historic push of Islam towards Europe and I think, ultimately, Europe will be conquered.”

On April 27, 2016, Black began a three-day trip to Syria and explained his trip in a series of Twitter exchanges with The Washington Post.  Black wrote that the US was “allied with two of the most vile nations on earth, Saudi Arabia and Turkey, which are intent on imposing a [Wahhabi] fundamentalist government on the Syrian people.”

On April 28, 2016, while visiting a hospital in Damascus treating soldiers who had lost limbs fighting terrorists, Black expressed concern over the US sanctions which had prevented Syrian hospitals from importing the materials to manufacture artificial limbs, and to provide other medical care. He described the US sanctions as a crime against humanity, in a country that had provided free medical to all in public hospitals. He said, “We should stop this dirty war and lift the economic siege.”

Black viewed the Syrian conflict as a plot by foreign powers to destroy the country and utilize false news in mainstream media.

While Black entered Syria legally, the Republican Senator from Arizona, John McCain, entered Syria in May 2013 illegally, without any visa or border controls. Illegal entry by foreigners into Arizona was a major issue to McCain domestically, but he broke the law himself deliberately.  McCain entered Idlib illegally from Turkey and was hosted by the terrorists employed by the US.  McCain was later accused of meeting with terrorists in the US media after one of the men he posed with in a photo op there was identified as an international kidnapper.  Another man in the photo was identified by some as the future leader of ISIS, Baghdadi, who was later killed in Idlib, where the McCain photo was taken.

In 2017 President Trump shut down the CIA program which supported the terrorists in Syria.

Poll in the US about Ukraine

“There was a time when an international crisis would unite the country behind both the federal government’s response as well as its leaders,” said Patrick Murray, director of the Monmouth University Polling Institute. “That time is gone.”

Only 18 percent of Republicans surveyed by Monmouth approve of Biden’s handling of the Ukraine crisis as compared to 77 percent of Democrats. 69 percent of those surveyed for the Monmouth University poll released on May 11 support sending more US military troops to Eastern Europe to deter Russian President Vladimir Putin from further stepping up the conflict, but only 41 percent support putting American military boots on Ukrainian soil.

The Taiwanese are following US army basic training videos online as they practice drills preparing for a possible war against China. The US has warned Taiwan for decades of the possible threat from China.  The recent conflict in Ukraine has been used by the US to ratchet up fear in Taiwan.

Beijing claims Taiwan as a Chinese province and has sworn to “unify” it. Taiwan has spent billions on weapons purchases from the US, and last week the defense minister ordered a return to a full year of conscription for young Taiwanese men and ended a non-military public service alternative.

Admiral Lee Hsi-ming, the former navy chief and chief of the general staff, has called for a government-backed territorial defense force. Lee’s proposal was written with Michael Hunzeker, a military expert at George Mason University.

While speaking in Japan recently, US President Joe Biden has warned China is “flirting with danger” over Taiwan, vowed to intervene militarily to protect the island if it is attacked, and drew a parallel between Taiwan and Russia’s invasion of Ukraine. This is the second time in recent months he has unequivocally stated the US would defend Taiwan if China attacked.

When the press asked if the US would defend Taiwan militarily, even though the US has not done so in the invasion of Ukraine, he responded, “Yes… that’s the commitment we made.” 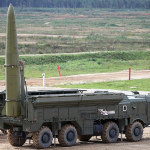 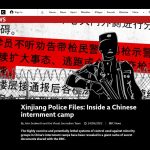